Pišek: We want to establish a special fuel for truckers 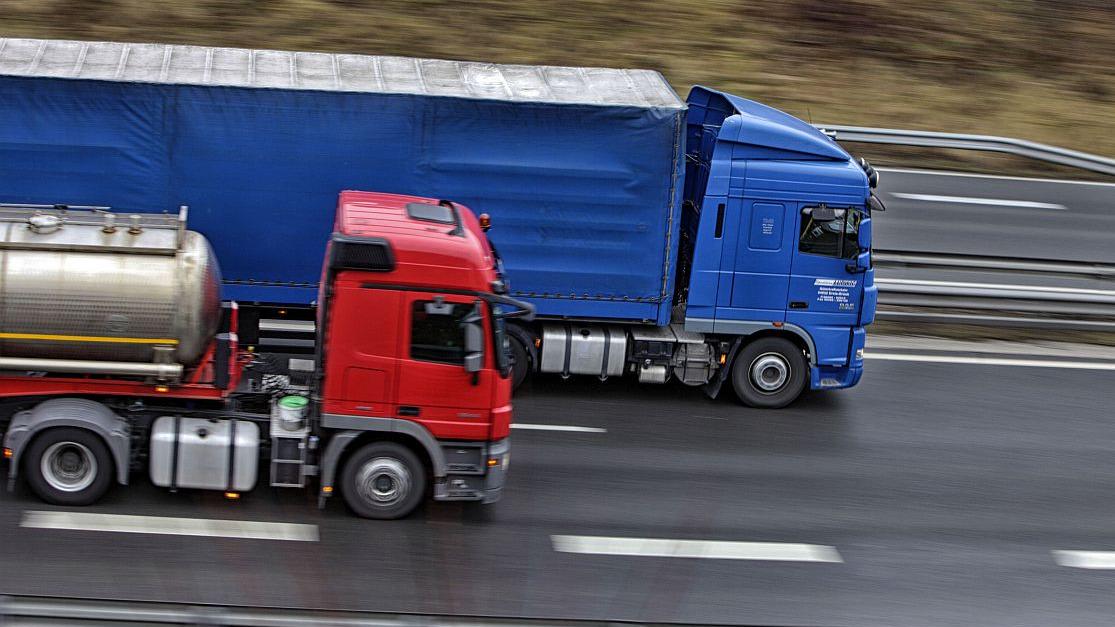 According to the president of the transport section at the Chamber of Craft and Entrepreneurship of Slovenia (OZS), Peter Pišek, they want to establish special fuel in the road transport sector. According to him, it is inadmissible to run out of motor fuels these days.

“Given what happened, the traders failed on the entire line“is the situation at petrol stations in the days following the meeting with the Ombudsman Petrom Svetino said Pišek, adding that he understands all crises, holidays and also increased seizures the day before the price increase, but he is convinced that the logistics of oil traders should count on this and supply the country with oil derivatives. “The economy and the population were left without fuel, which is unacceptable“he was clear.

“We believe this was not done on purpose, but they did not organize. Everyone had logistical problems, all the oil companies, including Zgornji Duplek, see the fraction“he added.

The situation will also be discussed with the Minister of Infrastructure at the middle meeting Bojan Kumr, where they will present their proposals. “We want special fuel for the road transport sector, but of course the government will be the one to decide,” he said.

Pišek was of the opinion that government representatives should sit down with the transporters before the decision on the regulation of the prices of motor fuels outside motorways and the deregulation of prices on motorways is made. “Then it would be much better and maybe much less trouble,“he thought.

According to him, the problems will continue on Tuesday. “Certainly 20 petrol stations in Primorska have no fuel, in Celje they have fuel, but they do not give it to carriers … in short, inadmissible things. Merchants are servicers of the economy and society, we are the logisticians who take everything, raw materials and finished products“he stressed, urging retailers to sort out logistical complications so that the situation can be resolved on Wednesday.

Also President of the Section for the Transport of Goods at the Chamber of Commerce and Industry of Slovenia (GZS) Milan Slokar He said that the government should turn to carriers before deciding on the regulation of fuel prices or. deregulation on motorways, as they are those with experience in the field.

“We have about 7,000 or 8,000 foreign trucks in transit. Today, the truck fills an average of 800 to 1000 liters. All these smaller pumps have tanks up to 5000 liters. Foreigners may not be today, but tomorrow they will already know that fuel is more expensive on the highway. The vast majority of carriers will go refueling off the highway to where the 5,000-liter diesel tank is. Three trucks will fill up, and the tank will be emptied,” he said.

“We in the sector know this and it is right that the government should ask us what this should look like in practice. But today is too late“he said.

There will be no blockage of gas stations

He added that a few other topics will be opened at the mid-term meeting with the minister. “We have open projects that fall with each new government that it has to re-adopt“he said, emphasizing the establishment of small logistics centers.”Our sector solves one problem and thousands of new ones emerge“he concluded.

Svetina pointed out the difficult conditions in which truck drivers often have to work. “In this sense, when in the queues, when waiting for the throne of the border, they wait for three, four days, but do not have guaranteed basic conditions for hygiene,” he said.

“These are inhumane conditions that need to be regulated, and this is where the state can come in, which needs to regulate the motorway cross in order to provide decent living conditions for people in transit. And not just during the holidays, but always. These are the people who are on the way, we all need them to bring us everyday goods, and we, as a country, treat them to let them stand in a column and not allow them a shower or a toilet.,” he said.

They also talked about the length of decision-making in proceedings at administrative units, both in obtaining work and residence permits. Svetina will also discuss this with the Ministers of the Interior and Public Administration. According to the Ombudsman, these procedures need to be speeded up and made more transparent.

“Our problems have been dragging on for the last 10 years, we have no staff. We need additional deadlines, in order to obtain work permits we have to wait two or three weeks in neighboring Austria and Croatia, in Germany one month, and in our country this takes half a year.“the president of the section for Pišek pointed out, adding that for a number of years the line ministers had been warned about the problems, but there had been no change yet.”The economy is bleeding, mainly because we do not have staff, but also because of this situation with motor fuels – because of the crisis, which is not energy, but political,” he said.

Slokar pointed out that there is a shortage of manpower, ““We must therefore make sure that our employees have the right working conditions, and that is why we are trying to tell the state and all the institutions that they need to work with us to overcome the crisis.”“he said. Pišek and Slokar also pointed out the poor conditions at the motorway junction, where there is a lack of parking spaces for transit, according to Slokar, about 3,000.

“They are also missing because the driving system has changed. The vast majority of us don’t drive at night, so parking spaces are a must, but they need to be man-friendly to provide comfort. We also appeal to the state and Dars to settle these matters“said Slokar.

The interlocutors also condemned the practices that appeared in the media regarding the attitude towards employees. “We have witnessed the latest reports on how workers are being recruited abroad. As guardian, I condemn such scratches. We must first and foremost be human and committed to humanity, but we cannot just work with people on the level of slavery“Svetina emphasized.

A good week ago, the media revealed photos of workers in Bangladesh, and also linked the Slovenian trucking company to controversial practices.

“This picture of these drivers reminds me of the 1940s or the war in Ukraine. Everyone is very affected when he sees a picture of kneeling people with boards around their necks“Pišek was clear, but was critical of reports that”Slovenian carriers are taking advantage of this“, as this is doing damage to Slovenian transport.

Previous article
“Condor” Rojas takes on them against Pablo Solari: he recommends Korokoro get rid of the striker
Next article
Darko Bratina Award this time to Helka Misselwitz, one of the greatest German documentarians