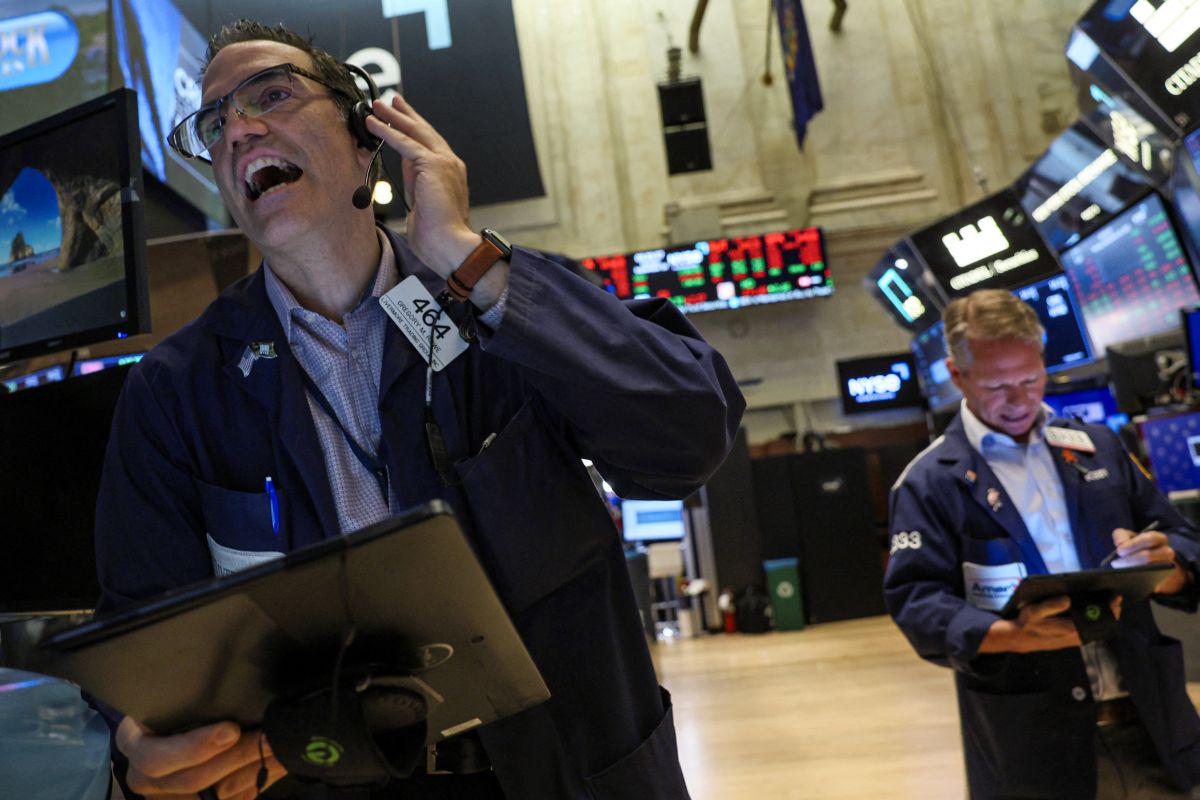 The Ljubljana Stock Exchange is also under an avalanche of sales

The stock markets survived the black September and with it the 3rd consecutive negative quarter. This has not happened on Wall Street since the financial crisis of 2009. Further tightening of monetary policy is expected, resulting in the yield on the 10-year benchmark bond reaching 4%.

New York’s Dow Jones index fell by almost nine percent last month, quickly deflating the entire “crop” of this summer, which was clearly a bearish uptrend. The situation is tense in anticipation of further uncompromising tightening of monetary policy by almost all important central banks, in the last week the required yield of the US ten-year bond reached four percent for the first time since 2008. Even at the beginning of this year, this seemed completely impossible. When the Fed cut interest rates to zero on an express basis during the epidemic, the yield on the 10-year bond dropped to just half a percent. Although the economy recovered, profitability remained below two percent for a long time. Just a year ago, it was at one and a half percent. Such movements are seen in many interest rates, such as the highly watched 30-year mortgage rate, which recently rose above 6.5 percent in the US. This made loan repayments increasingly difficult.

Synchro down like not since 1938The fall in bond prices (this year is as painful as it has been in decades) is for many an even bigger surprise than this year’s turn in the stock markets. All the upheavals reduced the total market capitalization of the two mentioned markets this year, according to some calculations, by an incredible 46 thousand billion (46 trillion) dollars, which means that more than a thousand of Slovenia’s annual GDP went “to zero” on paper. Not since 1938 have the two markets combined lost value as much as this year, BoFA said. The wild moves are expected to last until the Fed wins the fight against inflation, and that won’t be anytime soon. The personal consumption expenditures price index (PCE index), released on Friday and closely watched by the Fed, remained well above the target of 2 percent at 6.2 percent in August (on an annual basis). Futures markets currently predict that the Fed will end its current cycle of monetary policy tightening in July 2023, when the Fed funds rate will be 4.5%. Bets are growing that the Fed will raise interest rates by 75 basis points at its next meeting (November 2), the chances of this are already almost 60%.

Apple in one day at 120 billion valueThis year alone, the market capitalization of the stocks that make up the S&P 500 index has fallen by more than nine trillion dollars, so that the US market is now worth about $31 trillion. The average dividend yield is 1.8 percent, which seemed quite attractive in the conditions of zero interest rates and low inflation, but now – when the ten-year government bond yield is at four percent – definitely not. Quarterly earnings reports from US corporations will struggle to correct that perception, but it will certainly be interesting to see how the strong dollar and continued supply chain woes affect corporate America. Quite a few companies have already warned that they are going through difficult times. Apple has apparently overestimated the demand for the new iPhone 14, so it has informed its suppliers to abandon plans to increase production. Analysts at Bank of America downgraded Apple shares and lowered their price target from $185 to $160. On Thursday, Apple’s shares fell by almost five percent (Apple’s market value thus decreased by 120 billion) and continued its downward path on Friday. Their exchange rate ($138.20) is now 22 percent lower than at the beginning of the year.

The Ljubljana Stock Exchange is also under an avalanche of salesThat the situation on the markets is already dramatic at the moment (also on the bond markets, where on Wednesday the American ten-year bond experienced the largest drop in value since 2020), is also shown by the interventions of some important central banks. For the first time since 1998, Japan’s central bank bought yen (it spent $20 billion on this operation) to help the domestic currency, which has fallen 23 percent against the dollar this year. The Swiss Central Bank also announced that it intervened in the foreign exchange market in the second quarter of this year. The situation was even more stirred up by the British Central Bank, which in the second half of the week unannouncedly bought government bonds, after the yield on the 10-year bond went up to 4.5 percent (the highest in the last 14 years). Pessimism can also be felt on the Ljubljana Stock Exchange, the SBITOP index broke a streak of ten consecutive negative days on Friday (the blackest streak since December 2009), but on a weekly basis it could not avoid a large drop (-5.9%). Petrol’s shares (price: EUR 370) lost a tenth of their value, as Petrol, as the majority owner, will have to take care of Geoplin, which is threatened with nationalization.

Previous article
Bolsonaro overconfident: confident he will beat Lula with more than 60% of the vote
Next article
At least 129 people died in a stampede at an Indonesian football stadium