Bank of Slovenia: The biggest risk to economic growth is the continuation of the war in Ukraine 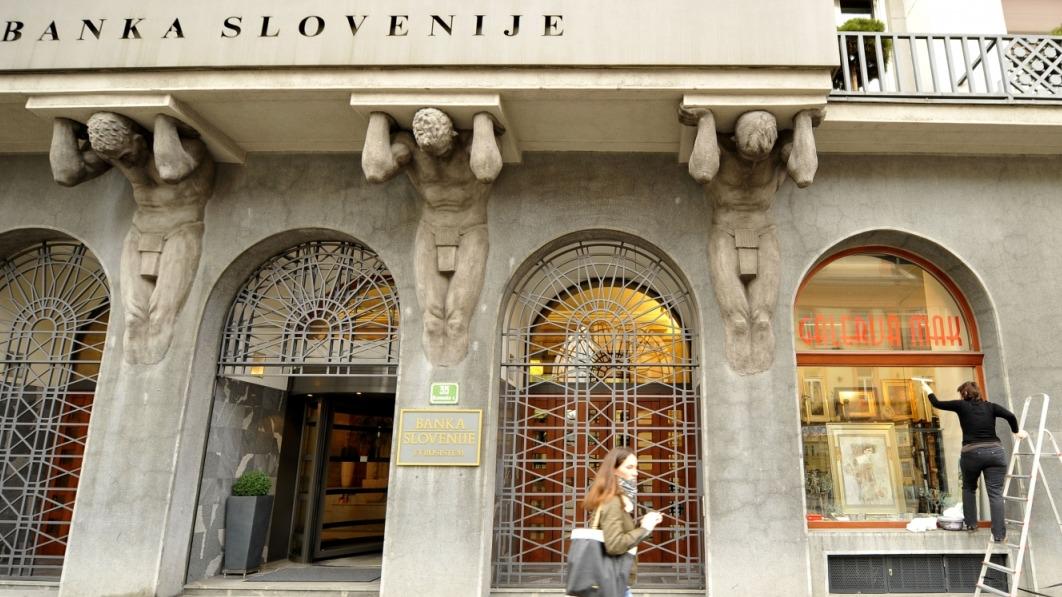 Assessments by the Bank of Slovenia

According to the assessment of the Bank of Slovenia, the Slovenian financial system is stable. Systemic risks for financial stability are increased due to the deterioration of economic conditions and persistence of inflation at a high level.

“Among the biggest risks are macroeconomic, credit and interest rate risk and risks related to the real estate market. But the resilience of the banking system against the eventual realization of all these risks remains robusta,” said the consultant in Bank of Slovenia Primož Dolenc.

The greatest risk to economic growth is the continuation of Russian military aggression on Ukraine and its related consequences. The Bank of Slovenia will announce the latest forecasts in December, according to the vice-governor of the Bank of Slovenia Tina Žumer under the most unfavorable scenario, which foresees a complete interruption of the supply of energy products in To the EU, the eurozone slipped in recession.

Inflation in Slovenia remains high and, according to the expectations of the central bank, will remain so elevated in months until the end of the year than at the beginning of the next year. “We expect its significant decrease in the second quarter of 2023, but it will be next year as well in in 2024 remained above the goal of the European Central Bank, which is around two percent” said Žumer.

Inflation is supported not only by the high price of energy products, but also by the gap between supply and demand. Inflation expectations remain high. Government measures to moderate prices were taken into account in the forecast, but there will be price pressures in will still be present in the coming months, she added and assessed that it is in of these conditions, the necessary cooperation of all economic policies.

The Bank of Slovenia has warned the financial system on macroeconomic risk, as this remains elevated. The rating also remains elevated credit risks, as the worsening macroeconomic outlook and high inflation will have a negative impact on future operations and ability to repay bank debts clients.

With the continued high growth of residential real estate prices and strengthened residential crediting, the risk arising from the real estate market also remains increased. With the acceleration of lending with fixed interest long-term housing loans, the interest rate sensitivity of banks is also increasing. As a result, the interest rate risk assessment remains elevated with a tendency for further increases in for a period of up to one year.

The income risk for the financial system, which has been increased for a long time, is gradually decreasing. Favorable trends are emerging in growth in net interest income due to greater lending and thus positive quantitative effects. With the normalization of monetary policy, we can expect additional positive effects on generating banks’ income, said Dolenc.

Banks’ profitability is quite good this year, but it is largely influenced by the formation of impairments and provisions. “These can quickly change the position of the banking system,” he warned and explained that such high profitability is the result of the release of provisions, if the banks had made them higher, profitability would have been lower.

The banks’ solvency is adequate

If the risks were to increase, the Bank of Slovenia can respond to them with adjustments macroprudential measures. He remembered on the measure that increased the availability of loans to natural persons in May, and on the requirement to maintain the systemic risk buffer, which will come into effect for banks next year.

There are some central banks in the EU in strengthened the resilience of the banking system in recent years by introducing a positive countercyclical of the capital buffer, this one is in Slovenia at the moment on level zero. The decision on its change will be made by the Bank of Slovenia in in the case of risk aggravation, according to Dolenčev, accepted in the coming months.

Previous article
By the end of 2024, a single charger for all portable electronic devices
Next article
The Decisive Duel at Pedrero: ColoColo and Catolica clash in the long-awaited Camp Classico.Whole country