Frangež: The Slovenian space sector is becoming an increasingly important generator of growth and innovation 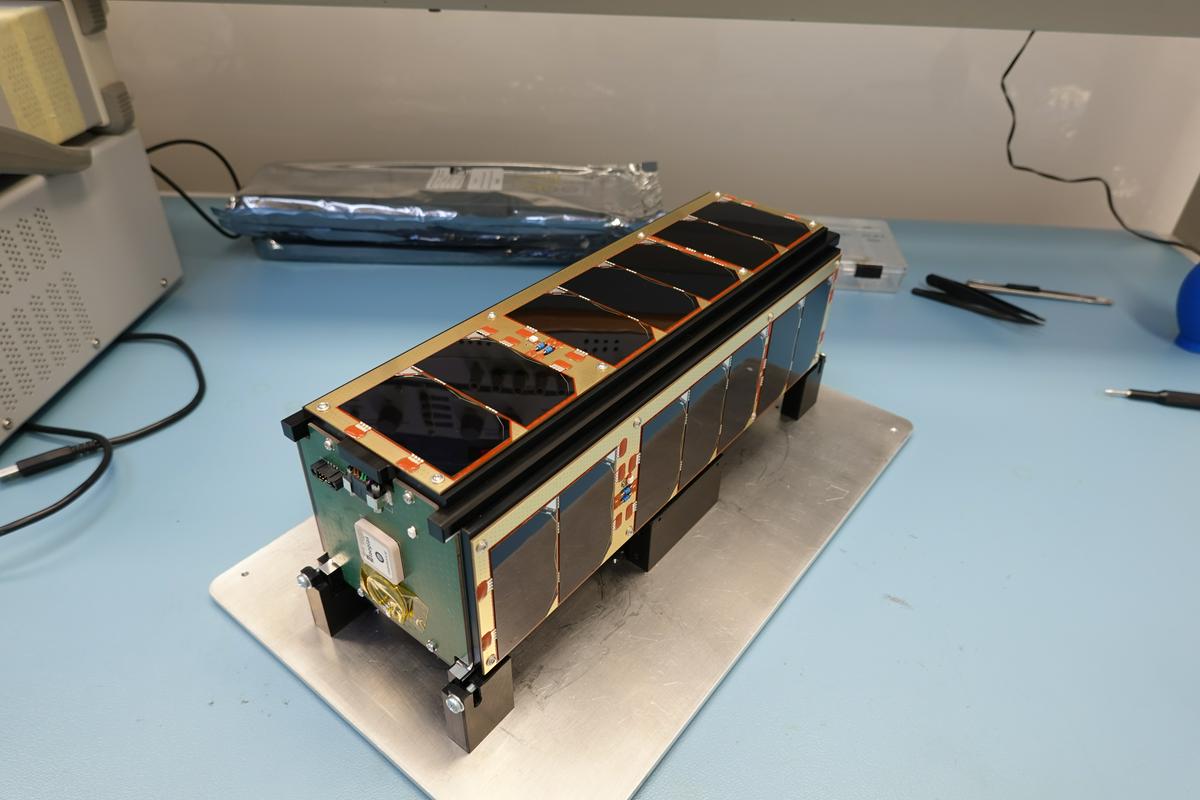 The Slovenian space industry presented itself to foreign diplomats

Slovenian companies and research institutions in the field of space technologies presented the Slovenian space sector and opportunities for cooperation to representatives of foreign embassies and Slovenian defense attachés and economic advisors.

Foreign Minister Tanja Fajon also attended the event at the Noordung Center in Vitanje as part of the Business to Diplomacy event and highlighted Slovenia’s candidacy to become a full member of the European Space Agency (ESA), which the country is aiming for in 2024.

She added that Slovenia has made extraordinary progress in the field of space technology, which, in cooperation with companies and the scientific and research sphere, can contribute a great deal to tackling global challenges.

“Slovenia has already sent three satellites into space, which today can send very precise images of what is happening with water and climate change. Last but not least, we heard today that as many as seven candidates are here to become NASA astronauts. We achieve exceptional results in terms of technological development and scientific achievements,” she said.

The Slovenian space sector is becoming an increasingly important generator of growth and innovation in Slovenian space, and due to its connecting nature, it is also an important element of internationalization, said the State Secretary at the Ministry of Economy Matevž Frangež and emphasized that three Slovenian satellites are currently orbiting in space, and the Planica Olympic Center has become the third ESA development center with the so-called “the human centrifuge“. At the same time, the Sentinel Hub tool developed in Slovenia still represents a reference in the fast processing of satellite data.

According to the head of the Slovenian delegation at Esa Tanje Permozer Slovenia has to fulfill some technical conditions for full membership, and at the same time support at a higher level will be needed, because in the end, whether someone is strong and competitive enough to be part of the space elite is decided by the agency’s council, where they also have a special the influence of the largest country.

As Permozer explained, full membership does not actually bring any radical changes compared to associate membership, as Slovenian companies can already participate in all the programs they are interested in.

“However, Slovenia will be able to participate in the mandatory scientific program, which at the same time means a higher membership fee. If it now amounts to around half a million euros per year, then it will grow to two million euros, which will have to be used, which will put pressure on companies and science at the same time,” she said, adding that once all the technical conditions have been met, they will again ask the stakeholders if they are ready for full membership.

According to her, Slovenia is not so small in the field of space technology, as some companies have discovered niche products and services for which they are one of the most important in Europe and also on a global scale.

Regarding the possibility that Slovenia will soon get its own astronaut, she explained that this happened because they joined the development program in 2019.human centrifuges” in Planica. This opened the possibility for Slovenians to apply for future astronauts as well. Seven of them are in the final selection, and according to her, it should be known in November whether any of them will be able to continue with the process.

Presentation of the Slovenian aerospace industry

In addition, Slovenian companies operating in the space industry presented themselves in Vitanje, while an informal discussion took place between representatives of space technology and Slovenian and foreign diplomats.

Among them is the Zagorje company Dewesoft, which provided measuring equipment for the current American SLS rocket for testing and monitoring structural changes on the launch pad, as well as a software part for telemetric data transmission from the rocket to the ground.

As the company representative said Marko Novak have been dealing with space technologies for about 15 years, after they got an opportunity in the supply of other measuring equipment and jumped in with their data analysis application for a client who was having some problems at the time.

Also in the future, they are planning development in the field of space programs, which otherwise represents only a small part of their activities. It is primarily an industry of technological prestige, which is not sufficient for the vast majority of companies to survive on the market, Novak explained, emphasizing that it is certainly an area where the highest development goals must be set.

“If you achieve them, you are able to achieve this even in the aviation, automotive and other less demanding industries, which means a technological reference, with which potential partners no longer need to explain much,” he added.

Two Salvadoran immigrants detained in US for violating traffic laws

Previous article
Cycling training grounds grow like mushrooms after the rain
Next article
Šivic: Zug must be a magnet for spectators, there won’t be a better rival to Ljubljana