Šinko: The strategic plan of agricultural policy represents an agreement on what Slovenian agriculture should be like 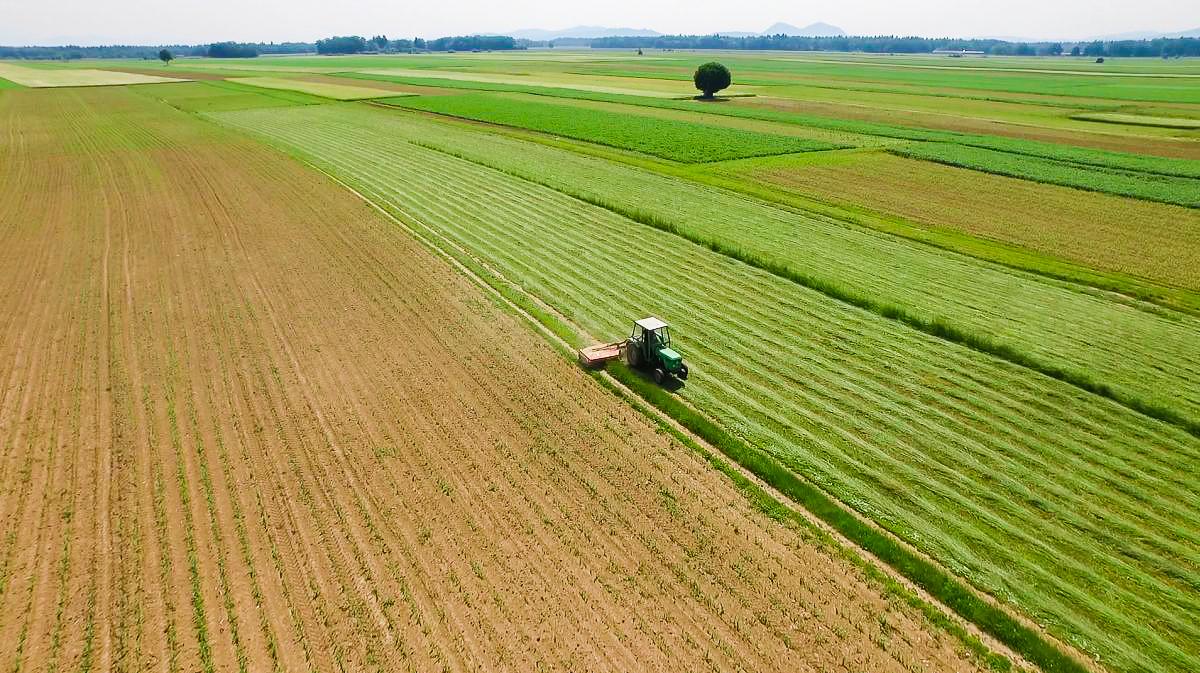 1.8 billion euros will be available for the measures

The strategic plan of the common agricultural policy 2023-2027 for Slovenia, which was approved by the government last week and has already been sent to the European Commission for approval, is, according to the Minister of Agriculture, Irene Šinko, an approximation of the best cooperation with all stakeholders.

According to the Minister of Agriculture, Forestry and Food Irene Šinko the document is the result of difficult and long-term coordination and represents the broadest possible agreement on what Slovenian agriculture should be like and what the food system should be like in the future.

As she said, the document was coordinated with all stakeholders, but since they have different interests, the document is an approximation of the best cooperation with everyone, many could not implement their wishes. “But the document adopted by the government is actually coordinated with all relevant ministries, and such a document is also a political decision that was made,” the minister emphasized and announced that the ministry will monitor the effects of the implementation of the strategic plan on an ongoing basis and, if necessary, will also take action. Before any changes to the strategic plan, as she added, interdepartmental coordination will be carried out and the goals of the coalition agreement and the European Green Agreement will be followed .

“And then there will be an opportunity for the stakeholders to actually be taken into account. But only in the sense that we will achieve and pursue goals that will be good for the common agricultural policy in Slovenia,” she added.

In a joint letter sent to the Ministry of Agriculture, Minister Šinko and Prime Minister Robert Golob, the representatives of the Association of Slovenian Rural Youth and the Farmers’ Union of Slovenia wrote that the strategic plan is not coordinated with them and that it does not take into account the comments and suggestions made by them. provided, they also have no explanation why they were not taken into account.

“We are the farmers who will implement the interventions with our farming, and therefore it would be crucial that we are also the ones with whom the individual interventions are coordinated, because only in this way, despite all the given restrictions, will we achieve the (high) goals set by the officials,” they wrote in the association and the union, where they expect that a comprehensive revision of the strategic plan will be done together with the stakeholders by the end of the year and that the comments of the farmers’ representatives will be taken into account. They strongly condemned that the plan was adopted by the government before it was finally presented to key stakeholders in the agricultural sector.

The Ministry of Agriculture has already submitted the strategic plan, which will be implemented on January 1 next year, to the European Commission for assessment. The ministry expects confirmation from the commission within five weeks, said the Acting Director General of the Directorate for Agriculture Maša Žagar.

The Ministry must now prepare a proposal to amend the Act on Agriculture and by-laws, which will be the basis for the implementation of the common agricultural policy.

The key direction of the strategic plan of the future common agricultural policy is sustainable food production throughout the country and increasing self-sufficiency, and according to the minister, all areas and all agricultural holdings are important, regardless of size and orientation. “This overarching direction provides answers to the challenges of food security as well as to the environmental and climate challenges that lie ahead,” she added.

For the implementation of the strategic plan, which, compared to the previous agricultural policy, brings quite a few new measures or interventions, 1.8 billion euros will be available by 2027. Of this, 700 million euros will be earmarked for direct payments and the wine and beekeeping sector or for the first pillar, where it is entirely EU funds.

For the second pillar, which covers the area of ​​rural development, 1.1 billion euros will be allocated, less than half of which will come from the EU budget and more than half from the Slovenian budget. “In doing so, the current government provided an additional 40 million euros,” the minister added.

Demonstrations recorded in more than a dozen Chinese cities over the weekend presented an unprecedented challenge...
Previous article
The American chess player allegedly cheated in more than 100 matches
Next article
Croatia without almost 40 ambassadors due to disagreements between Milanović and Plenković