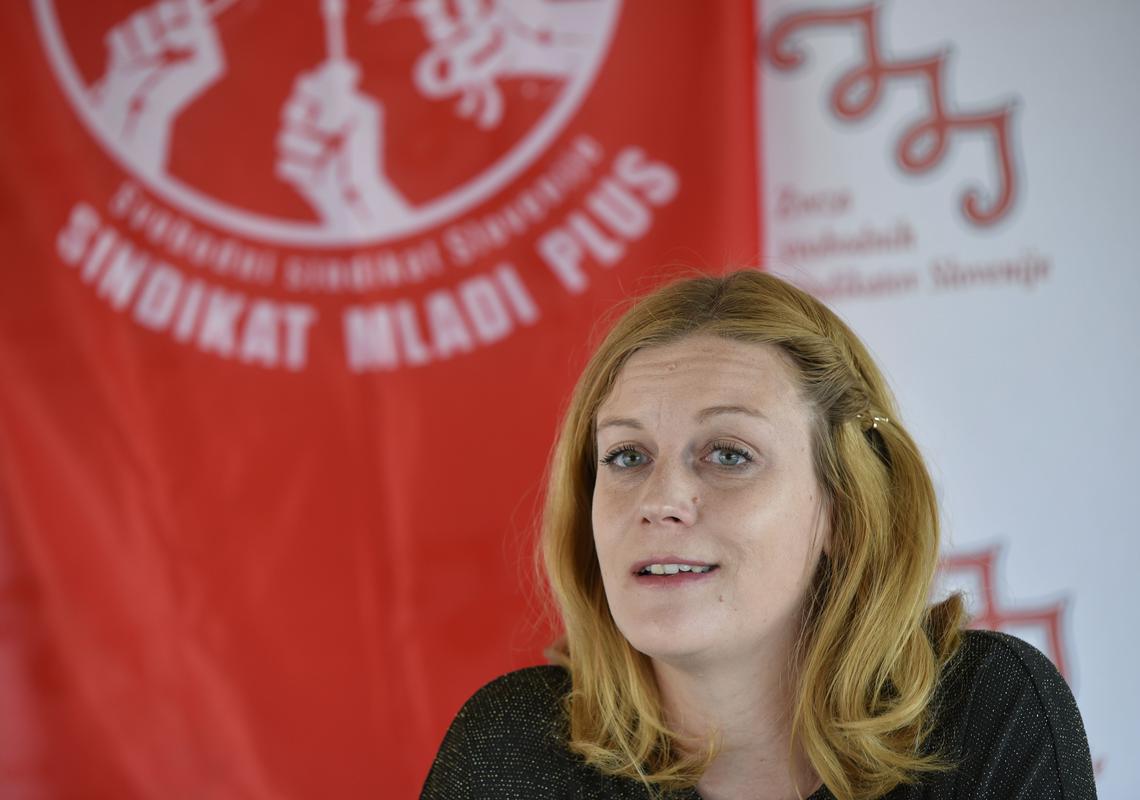 In order to encourage young people to take action, the trade union will dedicate the whole of October to raising awareness about rights

Although official statistics suggest low unemployment, this does not mean that workers have a decent job ahead of the International Day of Decent Work, the Mladi Plus union points out.

Young people are often not involved in records of unemployed persons, and their status often shows that they are not included in the labor market and that they do not have a regular employment contract, which most often means that they work through precarious forms of work, the president of the Mladi plus trade union said at the press conference Tea of ​​Capricorn and among precarious forms of work pointed out platform a job that more and more workers are placing in precarious position.

Among the most frequent violations are the replacement of regular employment with precarious forms of work, which women have repeatedly encountered, often performing work despite illness, illegal payment, violation of the right to a break, delayed payment and unpaid induction in student work. “A large percentage of single-person s. p’s. represents forced speciationall groups of young people have already encountered sexual harassment in the workplace,” she summed it up.

According to her, myths are being created that young people create such jobs for themselves because they answer to them flexibility. In fact, the research showed that if they had this option, 74 percent would choose an employment contract for indefinite time. At the same time, young people are also poorly informed about their rights. As a result, they do not report violations and do not fight for their rights, the union president emphasized.

In order to encourage young people to take action, they in dedicated the whole of October to the trade union to raise awareness about rights and conduct in in case of violations. Within this framework in Friday also opens its doors to the thematic and educational escape room Escape from labor market violations. “Based on true stories, it takes young people through the life of a young girl who wants to enter the labor market, encountering discrimination, exploitation, forced speciation and must find the key to the solution,” a trade unionist summarized the contents of the room, which will be open until October 23.

Inspection in they call on the union to repeatedly impose sanctions

In the Mladi plus trade union, certain proposals for improved functioning of the labor market and detection of violations of workers’ rights were also addressed to the competent Ministry of Labour, Family and Equal Opportunities. At the same time, they advocated for the strengthening of control over violations by the labor inspectorate, which should be strengthened financially and in terms of personnel and, as Tea Jarc pointed out, should impose sanctions several times. “but not just politely admonish employers who clearly violate the law”.

Precarity must stop and regulation must be established platform works, they are sure. “Platforms must be recognized as employers who must provide labor standards that apply in Slovenia, especially employment, if the elements of an employment relationship are present,” warned the trade unionist, adding that they also expect the youth guarantee scheme to be strengthened, as the share of long-term unemployed youth is increasing, and the creation of new high-tech and green jobs.

At the press conference, he also called for the urgent introduction of a changed way of working of the labor inspectorate, with the help of which it would be more effective to deal with violators of labor law Andrej Zorko from the Association of Free Trade Unions of Slovenia. “People are afraid to assert their rights, either due to fear of job loss either it is the result of distrust in state institutions such as the labor inspectorate,” he warned.

According to him, from a legal point of view, precariousness in the labor market is not allowed, it is therefore allowed due to non-implementation of legal provisions and “rather advisory functions of the labor inspectorate through warning employers, but not sanctioning”. Thus, according to his belief, the time has come that, among other leading responsible persons, if violations of the fundamental rights of workers were legally established, they would be prohibited from holding office for a certain period.

The State Secretary at the Ministry of Labor agreed with the assessment of the trade union representatives Dan Juvan. As he said, it is the fault of the inspectorate and the ministry that we in in recent years, we have reached the point where we have created its normalization through the promotion of self-employment. “What has been happening for the last ten years is a flight from labor legislation,” Juvan is convinced.

He announced new guidelines operation of the labor inspectorate, which were set by the new management and will be presented at Friday’s meeting of the parliamentary labor committee. He reiterated that from now on, instead of chasing the numbers of completed inspections, inspectors will be more focused on performing strengthened and in-depth inspections.

Bookplate (7)Tomaž Grušovnik compiled the material for the book We will not save the world at various symposia, and he wrote the book during...
Previous article
Mohorič confirmed his excellent form with second place in Gran Piedmont
Next article
Environmental groups boycott tournaments, call for golf ban in Spain: they cemented holes