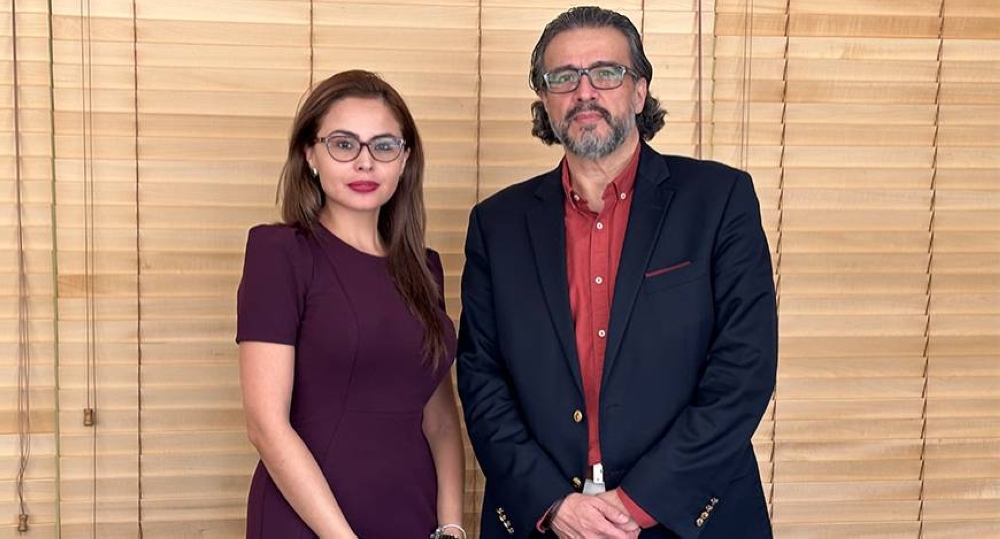 Maria Auxiliadora Rivas, head of the study, and Eduardo Nuñez, director of the NDI. DEMs

The National Democracy Institute (NDI) has worked to advance democracy and gender equality. In El Salvador, the NDI has conducted research into the forms of violence women face: violence against women in politics.

According to the Special Comprehensive Act for Violence-Free Lives for Women (LEIV), this aspect of violence is defined as acts or omissions that are directly or indirectly attributed to gender and cause harm to an individual or group. is defined as To impair or invalidate their recognition, enjoyment or exercise of their political and civil rights in any sphere of political life.

big challenge.
In this sense, to support and strengthen the work of state institutions and political parties, the NDI presents the study “Violence against Women in Politics: A Study in El Salvador’s Political Parties”.

This study has drawn due attention to the measures taken by the various state institutions concerned, political parties and society at large to respect, protect and guarantee the right to live free from violence and discrimination in the political arena. It is a reference tool for adoption. to contribute to the realization of equal democracy;

In general, this research reflects that female politicians are compromised because of their gender, appearance, age, experience, or status. They are seen as sexual objects or as threats from men. An important aspect is that this violence not only threatens the individual rights of women, but also has the effect of discouraging women from participating in political life. This dynamic creates a vicious circle, with certain actions against women acting as multipliers and instructive messages for the rest of the women, with many turning away from politics to save their lives and the lives of their families.

This is a challenge for institutions such as the Supreme Electoral Court, the Institute for the Development of Women in El Salvador (ISDEMU), and actions that the political parties themselves have taken.

Many factors combine to prevent more women from participating in politics. Economic, institutional and sociocultural barriers transmitted across generations perpetuate and deepen the gap under constant silence and inaction.

This report visualizes the different areas where gender-based violence against women occurs, whether by act or omission, and the interrelationships between its different types and all of them that affect all their life projects. intended to be a tool. Not only do we face it, but we also affect democracy, as electoral and political processes are hindered and undermine the credibility and legitimacy of institutions to the extent that women choose not to participate.

A majority of women confirmed the presence of violence within the party. But at the same time, many behaviors are naturalized or considered “normal” in political life. If not, and if condemned, it usually stays at the level of crime or violation of discipline.

They support CEPA’s use of $6.3 million for the “previous costs” of Pacifico Airport.

US called Castillo a ‘former president’ before arrest

HSE has about 700 million in debtThe Parliamentary Committee for the Control of Public Finances is discussing the reasons for the state recapitalization of...
Previous article
‘She Said’: The Weinstein Case and the Birth of #MeToo
Next article
Businesses will have to adapt: ​​lawmakers demand use of universal chargers in Chile, analyzes