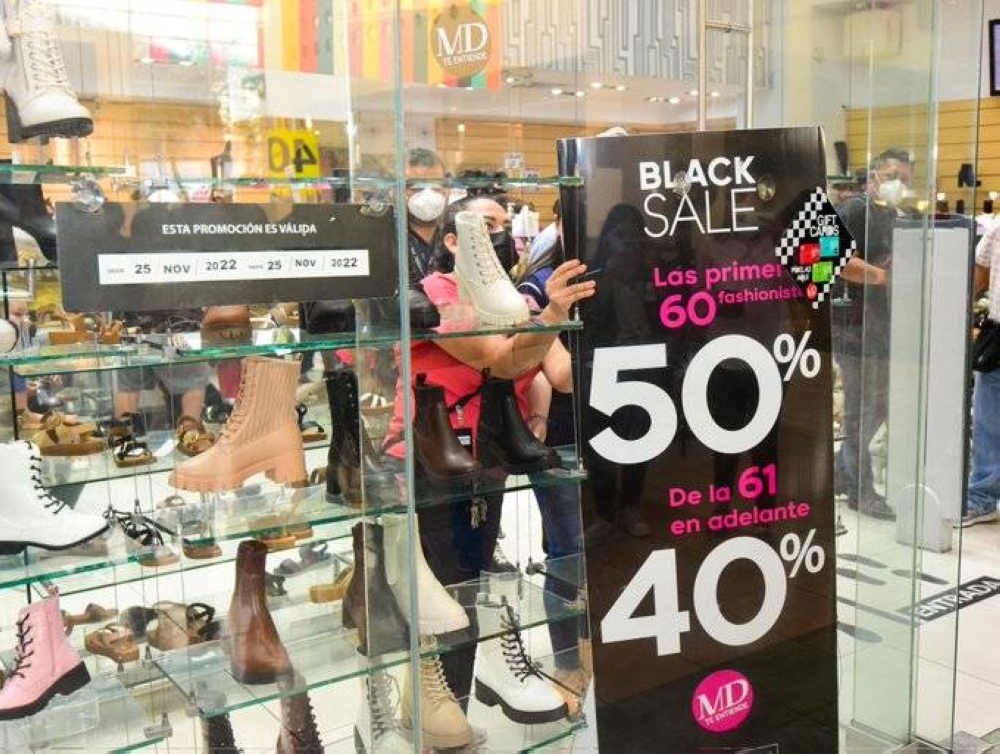 The Consumer Ombudsman has withdrawn a poster advertising a shoe store. /courtesy

The Consumer Ombudsman has identified the first instance of misleading advertising related to Black Friday celebrations at shoe stores.

Salazar said the company put up advertising posters announcing a special offer of 50% off to the first 60 customers who purchased up to eight products, which never materialized.

“I was able to confirm that my first purchase did not receive the 50% discount. The deal manager said that discount was not activated in their system. It was possible,” he said. Added.

The president indicated that the shoe store was asked for all the information to confirm the discount, and it was confirmed that the first 60 people received only 40% on the promotion.

Because of this, the Ombudsman Office has detected misleading advertising characteristics. This is because expectations have been established for consumers that the company has not identified. “Therefore, the on-site advertising was withdrawn and, at the same time, sanctions proceedings were initiated through inspection reports,” he said.

The agency explained that sanctions procedures in cases of this kind could amount to fines of up to $200 minimum wage.

Testing will continue until Monday.

In celebration of Black Friday, consumer ombudsman testing began this Friday through next Monday in shopping centers nationwide.

Salazar assured that the purpose of the investigation was to avoid missing information or misleading advertising in promotions and offers, as well as situations where credit card purchases were overcharged. .

“We provide advice, guidance and complaints reception services. We just go through fixed points on different days,” he pointed out.

On November 28th, the Ombudsman will establish surveillance in Metrocentro San Salvador and Sonsonate. Puerta de Oriente Shopping Center in Usulután from 10am to 5pm.

The official recommends visiting the portal to compare prices on Consumer Advocate’s Office and review the price history of the more than 500 products available on the portal before making a purchase this Black Friday. did.

“If you have a complaint, you can submit it through 910 or WhatsApp 7844-1482. They will be available today and over the weekend,” the president said.

Previous article
Plastic fibers in the land, sea and air of Antarctica
Next article
Unionists condemn 96 state layoffs in front of new attorneys.