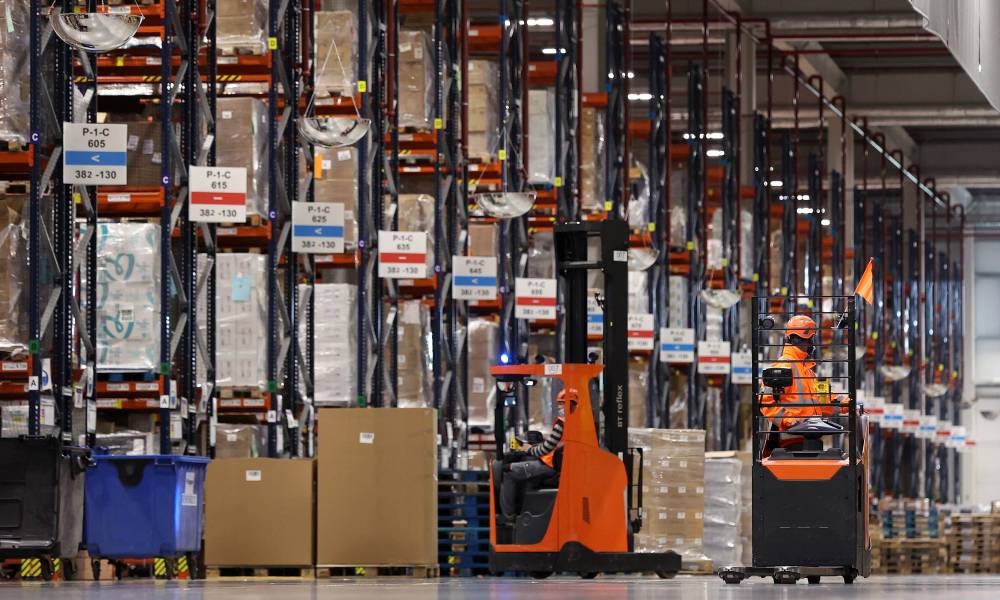 The employees work at Amazon’s distribution center in Suerzetal, near Magdeburg in eastern Germany.

E-commerce giant Amazon said late Wednesday that it would cut “just over 18,000” jobs, including in parts of Europe.

In a message to employees also posted on the company’s website, Amazon CEO Andy Jassy said the stores the group operates and human resources would be primarily affected. .

Already in November, various US media reported that the Seattle-based company in the northwestern United States was planning to lay off about 10,000 employees.

Amazon confirmed the job cuts without disclosing the number of positions affected.

In her post Wednesday, Jassy said she chose to break the news about the cuts “earlier than planned” because it was leaked by an employee.

The manager indicated that the affected employee “or their representative” (in Europe) had been contacted by the company as of January 18th.

“This year’s annual plan review has been more difficult given the economic uncertainty and the fact that we’ve hired heavily over the last few years,” Jassy explained.

In fact, the sales group has hired heavily to handle the surge in demand during the covid-19 pandemic, doubling its global workforce from early 2020 to early 2022.

Amazon had 1.54 million employees worldwide at the end of September, not including temporary workers hired during busy periods, especially during the holiday season.

“Amazon has weathered uncertain and difficult economic times in the past and will continue to do so,” said Jassy.

“These changes will help us pursue long-term opportunities with a stronger cost structure (…) Long-lasting companies go through different stages. No,” he added.

Layoffs in the technology department

The job cuts plan is the largest recent announcement of job cuts to affect the US technology sector.

Amazon’s layoffs are also the biggest downsizing in the history of the company founded by Jeff Bezos in 1994.

“The scale of Amazon’s layoffs may be shocking, but it must be viewed in the context of the massive expansion the company has made over the past five years,” said Neil Saunders, an analyst at GlobalData.

“All of these activities were based on the erroneous assumption that sales of Amazon’s products and services would continue to grow at a healthy rate.

And for the last quarter, Amazon reported weaker annual growth between 2% and 8%, according to November standards, and an operating profit of between $0 and $4 billion, versus 3.5 for the same period in 2021. I expected.

In the tech sector, several large platforms whose business model is based on advertising revenue are facing advertiser budget cuts. Advertisers are cutting spending in the face of inflation and rising interest rates.

Facebook’s parent company Meta announced in November that it would lose 11,000 jobs, about 13% of its workforce.

Twitter, which was acquired by Elon Musk in October, laid off about half of its 7,500 employees.

Salesforce, a US IT group that specializes in management and cloud (remote computing) solutions, announced Wednesday that it will furlough about 10% of its workforce, or just under 8,000 people.