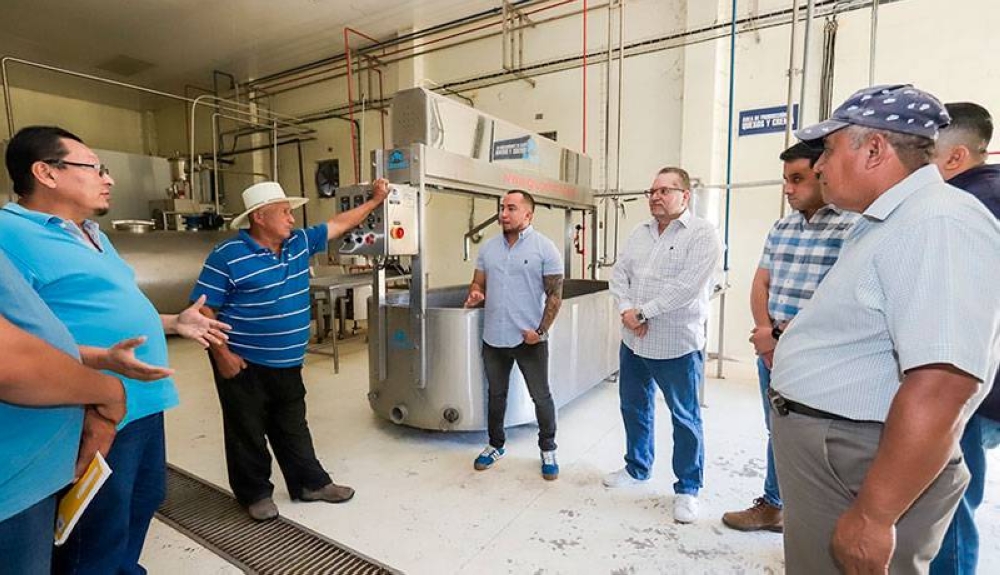 MAG expects more than 25,000 producers to benefit from the installation of these plants. / courtesy

The Ministry of Agriculture and Livestock (MAG) has ensured that seven dairy and liquid milk processing plants will be operational within the next three months.

The agency confirmed over the weekend that they are now in the final stages of construction and the plants are already installed in strategic areas for ranchers across the country.

“From this day (Saturday), seven dairy plants across the country will be operational within three months, producing liquid milk, quesillo, gourmet cheese and other types of dairy products.” Oscar Domínguez Farmer Deputy Minister of Livestock.

Officials explained that among the acquired machines was a sterilization plant with a capacity of 3,000 liters per hour and a homogenizer capable of processing up to 150,000 liters nationwide.

Domínguez indicated that a commercial strategy would be established that would guarantee direct purchases of liquid milk and everything produced, benefiting 25,000 domestic producers.

Interim Minister of Agriculture and Livestock Oscar Guardado explained that the plant was designed with cooperative technology and ensured high production capacity.

“We are the ones who provide technical support to these cooperatives,” says Guardado.

Through its publications, MAG pointed out that it also supports genetic improvement and nutritional management of livestock. In addition to this, farmers will have access to credit and inputs at low prices.

Asileche indicated that in September 2022, domestic production will be 1.6 million liters of milk per day, enough to cover 70% of domestic demand. The remaining 30% should be imported specifically from Nicaragua.

Previous article
Velenj councilors: Importing coal is not in the interest of the local community, but of the state
Next article
ISP commits not to cut interest rates on pension savings already invested