Part of the employees of the sawmill in Šentjanž are waiting 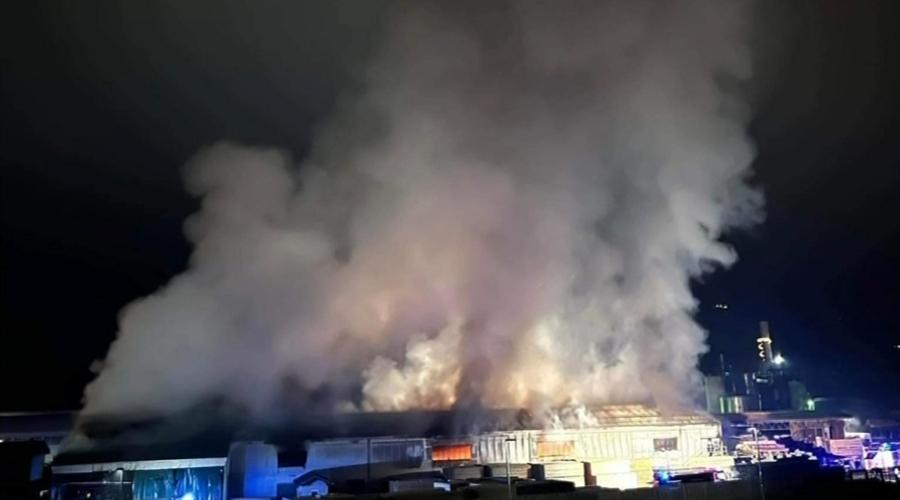 After last year’s fire, which destroyed the production hall and equipment of the sawmill in Šentjanž, the sawmill is expected to be out of business until late spring. The company Lesoteka will send 13 employees to wait for work for one month, the remaining 15 will be temporarily reassigned.

In the fire at the sawmill in Šentjanž, the production hall in which coniferous logs were sawn burned down, and the two main machines, the multi-bladed circular saw, the shredder and the log and sawnwood conveyors were also completely destroyed. The damage is expected to be around 1.8 million euros, the company announced Lesotekaunder whose auspices the sawmill belongs.

According to the company, the fire started in the cabin area where the operator operates the saws, and the fire then spread throughout the hall. The fire also damaged part of the roof structure, the roof as a whole and the surrounding walls, but fortunately it did not spread outside the hall, as the firemen contained it in time.

The most likely cause is a short circuit in the wiring

Criminalists ruled out external blame for the fire, they stated at the company and also wrote that the fire was most likely caused by a short circuit in the electrical wiring inside the room. Due to the consequences of the fire, the sawmill is currently not working and will probably remain so until late spring, when they will implement the tape a saw with similar capabilities as the saw has had so far. It will be supplied by the company Mebor from Železniki.

There are 28 workers employed at the sawmill, of which 13 will be sent to wait for work for one month, while the rest will be temporarily redeployed to other activities or the activities of subsidiary companies. No layoffs are planned, they assured in Lesoteka.

In the investment plan

In the meantime, the company is continuing with the planning of an investment worth around 12 million euros, which would increase the annual volume of cutting logs from 40,000 cubic meters to 100,000 cubic meters.

The equipment for the new saw is manufactured in Sweden, and should be delivered to Lesoteka by the end of this year. At the end of 2021, the government at the time approved co-financing for this investment in the amount of 2.19 million euros. In accordance with the plans for increased wood cutting, the company is already planning an increased purchase of logs.

Previous article
Marcel details planned date to provide social assistance announced by President Boric
Next article
Only one detail is not defined. A ‘pre-agreement’ between the Bretons and Spain’s La Liga club has been revealed.