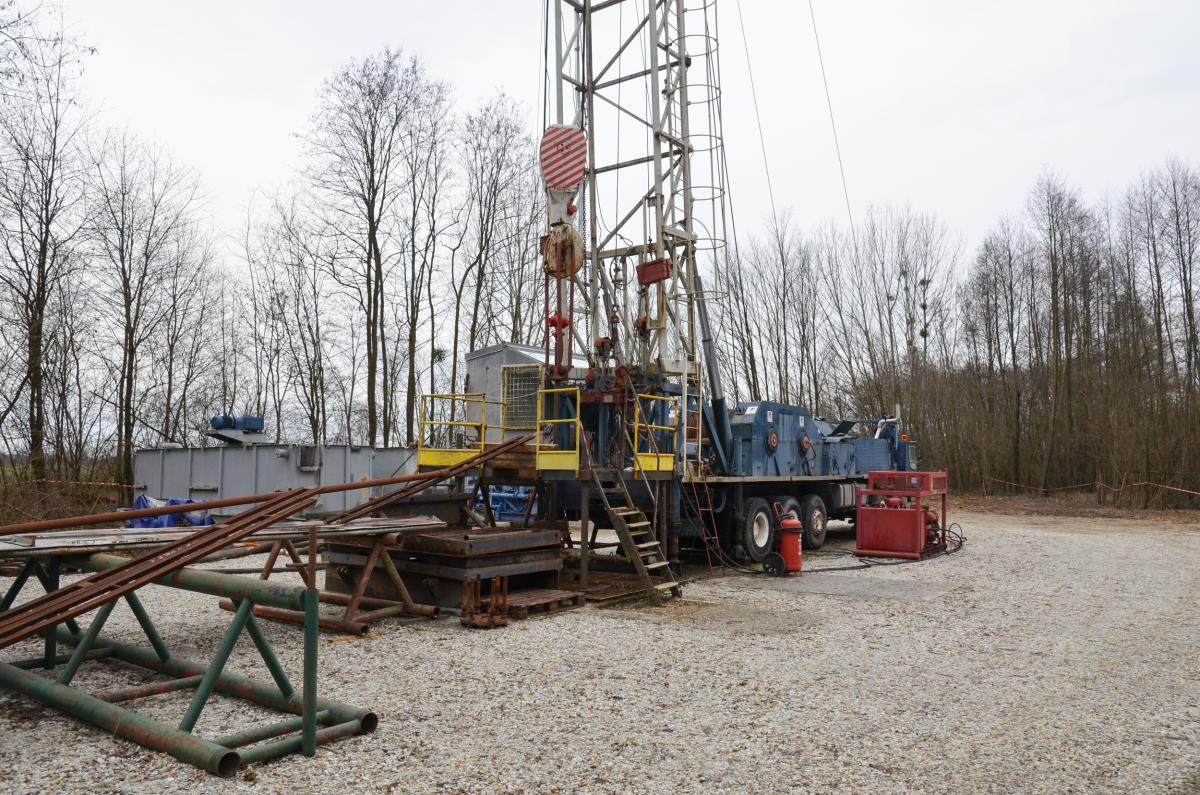 In the municipality of Lendava, the construction of a pilot geothermal power plant on an abandoned gas well in Čentiba has officially begun. According to the authorities, the project represents a great development opportunity for both the local environment and the country.

In case of good results of the SI-Geo-Electricity pilot project, the authorities predict that the geothermal power plant concept will be able to be used on other abandoned wells in Slovenia and around the world. General manager of Dravske elektrarn Maribor Damjan Seme emphasized at the presentation of the project that, on a global scale, it is a market niche in the field of electricity production from renewable sources. “The pilot project will be the first application of this principle, which is the fruit of Slovenian knowledge. The implementation of the project represents a new step on the path of development and transition to a low-carbon society,” he said.

The pilot geothermal power plant at the Pg-8 well will utilize the geothermal energy potential of the existing dry non-productive well, approximately three thousand meters long. It is a completely closed system where the liquid coolant (ammonia) will not come into contact with the overheated rock, they explained at the presentation. The well is cased and cemented and as such completely sealed, they assured. The investment is estimated at 1.2 million euros, and start-up tests of the new power plant, which is estimated to produce 400 megawatt hours of electricity annually, are scheduled for June.

According to the keynote speaker, Minister for Development and European Cohesion Policy Aleksandra Jevškothe innovative pilot project can represent an important milestone for the use of carbon-free geothermal energy on abandoned gas and oil wells in Slovenia and in the world. “It is also an exceptional development opportunity for Pomurje,” he added.

Also the mayor of Lendava Municipality John Magyar he sees the geothermal power plant as a great opportunity for both the municipality and the entire country. He recalled that activities for the use of geothermal energy in Lendava had already started several years ago and this type of energy was used in tourism, agriculture and district heating. They are also planning new projects. “The greatest interest of the municipality of Lendava is in the expansion of the district heating network also to economic entities and facilities, as well as compact settlements in the municipality,” Magyar concluded.

During the construction of the power plant in Čentiba, underground works will be carried out first. These include the removal of existing pipes, for which a special lift with additional equipment will be used. With it, they will pull out the current installation in the well, followed by checking the gas tightness of the well, installing the geothermal gravity heat pipe and checking the gas tightness of the space between the pipes in the well.

Dravske elektrarne Maribor announced that they intend to establish a geothermal power plant at the aforementioned well at the beginning of 2021, and in May last year the administrative unit of Lendava issued them a construction permit. The company Petrol Geo, which is one of the partners of the project, started underground construction works on the aforementioned abandoned well last December.

Previous article
Here are the most popular Uber destinations and requests in El Salvador:
Next article
The excellent striker Trossard strengthened the Gunners in the fight for the title