Government: The most appropriate variant is a two-track second track 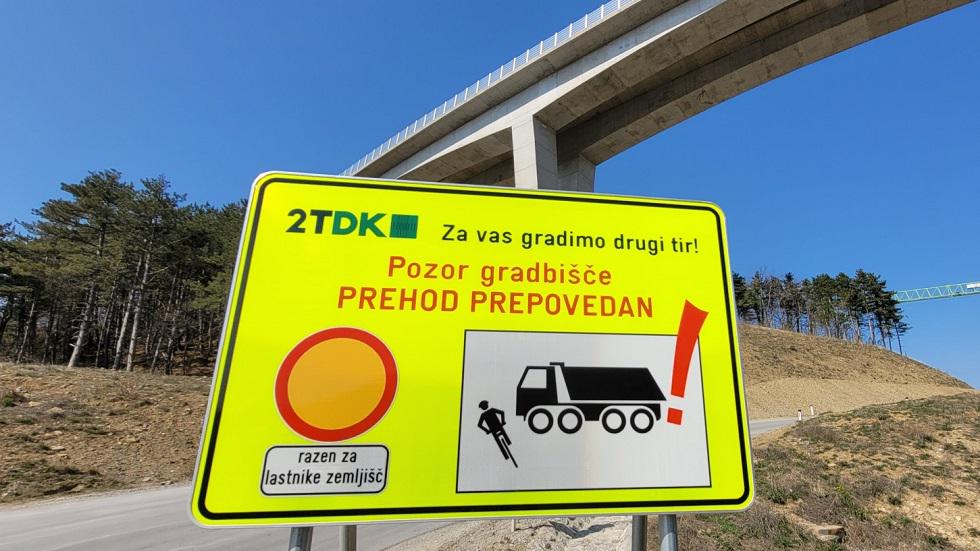 The government agrees that the most appropriate way to ensure the double-track nature of the Divača-Koper railway line is to build an additional left-hand track next to the already installed second track and to cancel the existing line between Koper and Prešnica.

A study presented by the company for the development of the second track project in 2021 envisaged three versions. According to the first, double-tracking would be ensured with a new, i.e. second, track and the upgrading of the existing line between Koper and Prešnica. In this case, there would be no additional encroachment on the Glinščica valley, the investment costs would also be lower, but during the upgrade of the existing line, traffic would only run on one track, which, according to the authors of the study, would be dangerous in case of emergency events. Also, the risk of water pollution would remain high.

According to the second version, which has now been approved by the government, an additional left track would be built next to the already installed second track, and the existing track between Koper and Prešnica would be discontinued. This version represents a significantly lower environmental risk and a lower risk of fires, as well as a significant reduction in environmental noise. In addition, the construction of the additional track could proceed smoothly on the new line, and with shorter journey times and an increase in the capacity of the line, it is also better from an economic point of view. According to the authors of the study, the only negative aspect is additional interventions in the Glinščica valley and a slightly higher initial investment.

According to the third version, a two-track line would be built, i.e. a second track and an additional left track, while maintaining the existing track. In terms of environmental impact, this would be the worst choice, according to the authors of the study.

A bike path instead of a railway line

As announced by the Government Communications Office, they are planning to dismantle the existing line between Prešnica and Koper due to the diversion of traffic to another track. The routes of this route will change their purpose and they are planning to build a bicycle route.

“We must emphasize that the abandonment of the existing line will also make Rižana’s water source safer. The course of the second track of the Divača-Koper railway line is planned in such a way as to avoid as much as possible the water protection area of ​​this water source, which represents the main source of drinking water for the entire Slovenian Primorje,” they pointed out.

The national spatial plan, which they will now be able to start preparing, includes the placement of a parallel left track to the new second track from the Divača station to the freight station in Koper with all the necessary facilities, the arrangement of new access roads and the abandonment of the existing Divača-Koper line on the section between the intersection at Prešnica to Koper.

For the proposed version, in the continuation of the process, a more detailed conceptual solution and additional expert bases will be prepared, which will enable the preparation of a proposal for changes and the addition of the state location plan for the second track.

As the government added, the planned railway line will enable the connection of local centers to appropriate development links, the development of the economy by preserving jobs, and regional and international cooperation. According to them, the construction of the second track also establishes a modern and permeable railway connection for the needs of the Port of Koper. This reduces freight traffic on Slovenian highways and, consequently, the load on highways.

Kopitar is visiting Florida with the Kings at nightThe best team of the NHL Boston Bruins experienced one of the rare defeats, to be...
Previous article
La Roja women’s problem: Mary Valencia breaks ligament, misses World Cup playoffs
Next article
“They threw grass clippings at him!”: The video shows a desperate attempt to “make up” Santa Laura’s pitch.