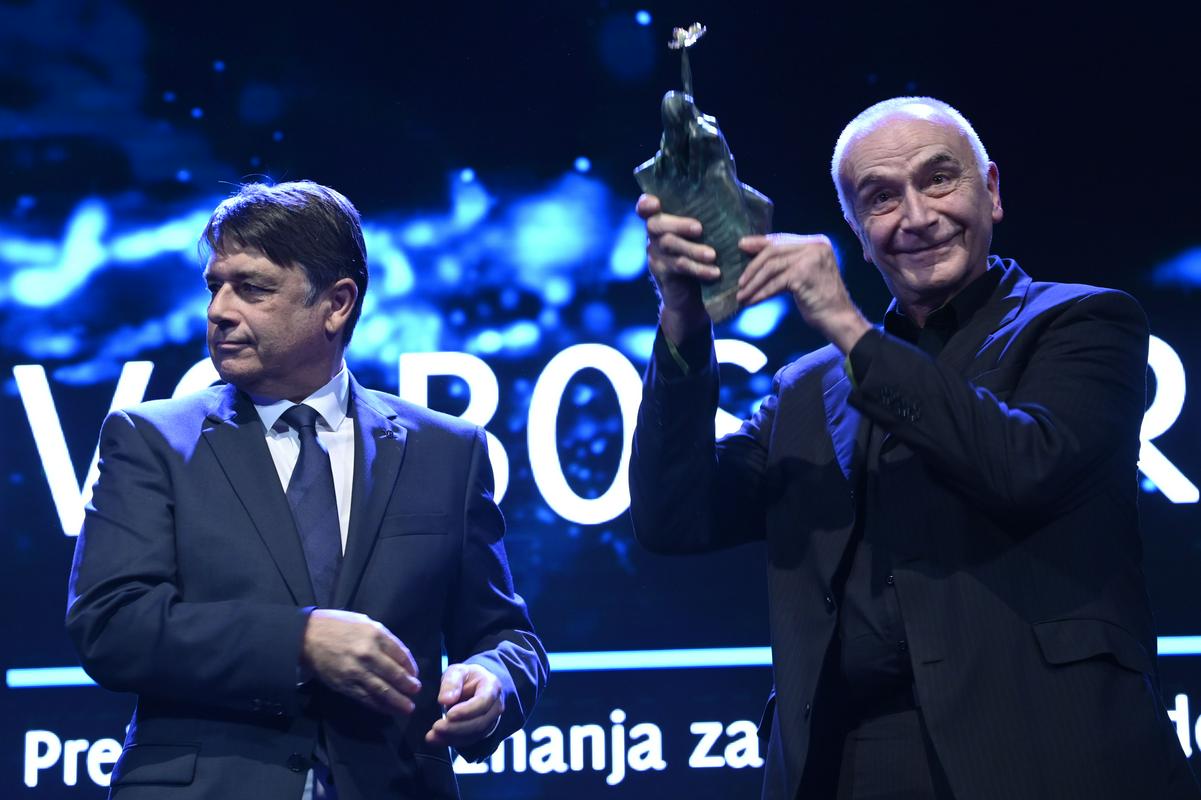 The members of the Manager Association gathered at the traditional January meeting, which marks the beginning of the new business year. Ivo Boscarol, the former owner and director of Pipistrel, received an award for his life’s work in the field of management.

This time’s traditional meeting, at which the awards of the Association of Managers were awarded, was held in Ljubljana’s Grand Hotel Union under the motto Respectful. Hardy. Be brave.

The President of the Republic appeared as the keynote speaker at the event Nataša Pirc Musar, who congratulated all the recipients of awards from the Manager Association. He expects entrepreneurs to lead our economy in increasing added value, and this in a sustainable way, not at the expense of the environment.

She pointed out that Slovenian society is very reluctant to honestly acknowledge successes in the field of economy. “No one blames athletes for the financial success that follows top results. Unfortunately, it is different for businessmen. I hope this mindset will change over time,” she said.

“Therefore, it might not be superfluous to consider that, for example, in the case of major investments, the state would ensure unchanged operating conditions for a certain period. Of course, with a social agreement in which our society will recognize that an increase in prosperity follows an increase in added value,” she said.

Award winners are a reflection of management excellence

According to the President of the Manager Association Andrej Božič each awardee is a reflection of a certain management excellence. “Awards are a recognition of success, with them as a housing organization we communicate what is good and what we encourage and value in our entrepreneurs. Above all, the awards are given to those who are living proof and a message of how successful results are achieved in the right way ,” he told the crowd.

The former owner and director of Pipistrel received the 2022 lifetime achievement award in the field of management Ivo Boscarol. Under Boscarol’s leadership, Pipistrel became one of the world’s leading manufacturers of ultralight aircraft. With this, he placed not only the company itself on the world map, but also Slovenia, the association wrote in its justification.

“Boscarol turned the Pipistrel brand into a synonym for boldness, innovation and entrepreneurship, and his successes made both the company and Slovenia famous throughout the world. With his breakthrough work, big heart and feeling for his fellow man, he established himself in society not only as an outstanding entrepreneur, but also as an exceptional individual,” they emphasized in the association.

Last April, Boscarol sold Pipistrel to the American company Textron. Boscarol and his daughter Taja Boscarol allocated part of the purchase price, 25 million euros, to the Municipality of Ajdovščina for the construction of a new Ajdovščina health center, a helicopter rescue center and for horticultural greening of the town and its surroundings.

“Because his actions are an example of innovation, penetration, success and excellent leadership, the Manager Association is awarding him the 21st award for lifetime achievement in the field of management,” they stated.

Boscarol: I am honored

“I am really honored, but also a little surprised, that the Association of Managers chose me for this recognition. I have never been a member of the association, and I also based my management on perhaps slightly different criteria than the standard in this cruel business world of ours.” commented Boscarol after receiving the award.

As he said, with his activities over the past 33 years, he has proven that it is possible to be successful in the long term even by respecting basic human values ​​and even if profit is not put first.

The artemis award, which the association awards to female managers who have broken through the glass ceiling and assumed the highest management position in the organization for the first time, this time goes to the general director of the Romanian company Euroins Asigurare Tanje Blatnik and managing director of Fraport Slovenia Babette Stapel.

The recognition was awarded to the recipients by the Minister of Economy, Tourism and Sports Matjaž Han. As he pointed out in his address, despite the efforts made towards gender equality, women are still often unfairly overlooked. “That’s why awards like Artemis are extremely important, as they represent one of those soft measures with which we celebrate the success of female managers,” he emphasized.

In 2022, the young manager became the director of Chipolo Primož Zelenšek. With recognition in the association, they put young, successful, perspective and penetrating managers on the map of Slovenian management.

The meeting was also attended by the Minister of Higher Education, Science and Innovation Igor Papič. In addition to the members of the association, many other representatives of political parties, diplomats and ambassadors participated.

The funds will go to two Baptist churches that played a key role in his lifeFashion icon André Leon Talley passed away last year,...
Previous article
Reform also imposes fines on bus and microbus drivers
Next article
The Spanish government called an emergency meeting over a series of murders of women