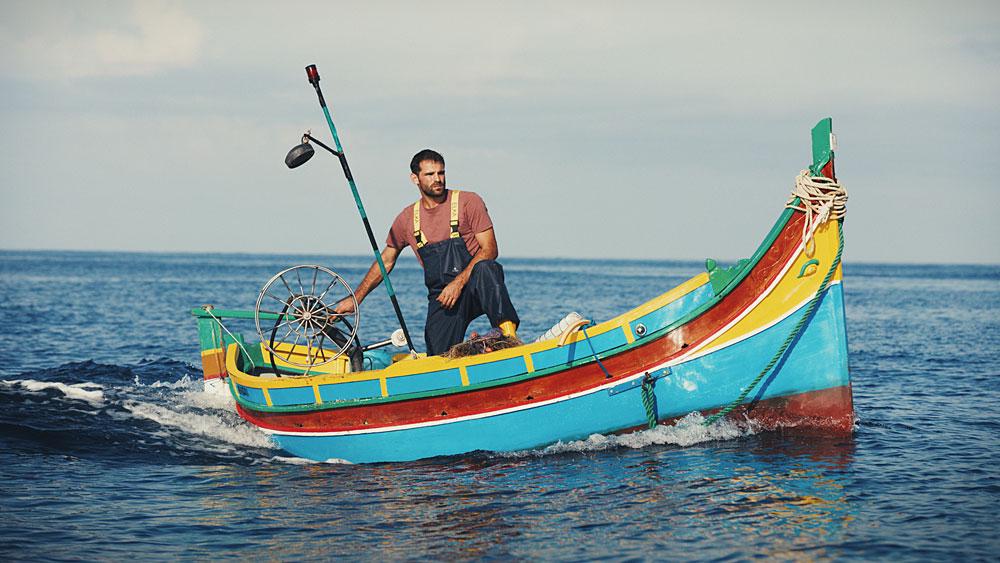 A film about a Maltese fisherman

Although many foreign films are made on its soil, Malta’s national cinema is virtually non-existent. That is why it is all the more valuable in the film to see Maltese everyday life and hear their unusually sounding language.

American director Alex Camilleri, the son of Maltese immigrants, he wanted to capture just that in his debut. He approached the island’s microstate respectfully and studiously, in an almost documentary way, which is reflected in the fact that he chose mostly natural actors, real fishermen who permeated the story with authenticity and a special emotional charge, the main actor. Jesmark Scicluna however, he even received a special jury award for his role at the Sundance Film Festival.

Luzzu is the story of the fisherman Jesmark, who fishes in Maltese waters in an ancient way, with a wooden boat that went on in his family from generation to generation. Jesmark loves his job, but the world around him is changing at such a rate that he simply can’t keep up with it with his humble woodpecker. There are fewer and fewer fish in the sea, the fish market is becoming increasingly global and it is becoming increasingly difficult to compete with larger fishermen, strict EU regulations are often non-vital for small-scale fishermen, and corruption and poaching are rampant. Jesmark struggles financially from month to month when he learns that his newborn son has developmental problems that will require expensive therapies and nutrition, but, squeezed into a corner, he suddenly finds himself on the brink of marriage.

The boat of luzzu, the center and anchorage of Jesmark’s identity, now becomes a millstone hung around his neck, his death sentence. He is faced with an impossible dilemma: if he wants to save himself and provide his son with better living conditions, he must break a long family tradition and let it disintegrate into a legend. The burden is heavy, and in the scene where he finally makes his bitter decision, for a moment it seems as if the boat is accusing him.

In her film tribute to her parents’ homeland, Camilleri skillfully balances the various parameters of the story. On the one hand, it presents the traditional way of life on the island, and on the other hand, the events are closely intertwined with modernity, which always brings new challenges and dilemmas to young Maltese. His narrative is at the same time very locally colored and rooted in Maltese fishing culture, but at the same time it is completely universal. In the world of global capitalism, big fish easily crunch small ones, whether they are fishing or some other craft or economic activity. Fisheries are particularly affected around the world, as they also depend on other circumstances, such as climate change and increasingly impoverished seas. At the same time, he leaves the little man in the lurch with a system that should cover his back, but in reality he only pushes him into deeper mud. This is, in short, a story in which many can be found, but at the same time heartily, full of wonderful details dedicated to Malta, its uniqueness and its people.