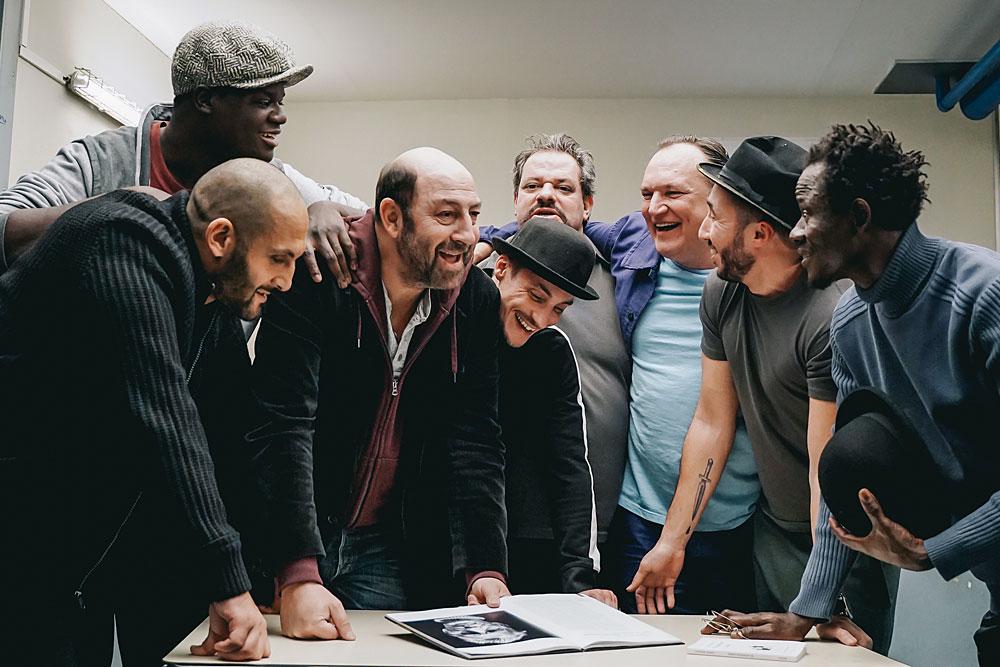 The story of the film Triumph is so absurd that it would be hard to make it up if it didn’t actually happen. It was 1986 when Swedish actor and director Jan Jönson and a group of prisoners staged Beckett’s famous drama Waiting for Godot.

The actors were so convincing and the show so good that they staged it outside the walls of a strict prison and even went on a small theater tour. But just before the scheduled Gothenburg premiere, five of the six inmates escaped, which Beckett, who was otherwise enthusiastic about the project, described as the best thing that has happened to this game since he wrote it. Jönson, who had to explain what happened in front of a full theater, wrote an extremely successful theatrical play about his experience, from which the director and screenwriter of the film Trimuf also draws. Emmanuel Courcol.

Courcol moved the events of the film to modern France and emphasized the comic side of the story, while not forgetting to question social boundaries. “That’s impossible, that’s not possible, that’s not the way it is,“These are answers that the actor and director Étienne does not accept and with his perseverance or annoyance, as he says, he proves time and time again that it is possible. It is not about reintegration into society, but simply about art. That prisoners can also get wings on stage and perform with excellence such a demanding task as staging Beckett’s most famous play, because they understand the eternal wait for something in an ontologically completely different way. , as lucky choice of main player – Étienna plays excellent Algerian-French veteran Kad Merad – in the final confrontation with reality, the director managed to avoid unnecessary pathos or even sentimentality.

Triumph, this happy and warm fusion of two completely different worlds, which was also chosen as part of the comedies at the canceled Cannes Film Festival in 2020, is a film based on great acting, witty dialogues, dramaturgically skilfully finished script and such an absurd unfolding that it would be hard to believe him – if it didn’t really happen. I recommend a visit!

Previous article
A strong encounter between Maximilian Falcon and Quintellos: “They are the enthusiasm of the moment, nothing more.”
Next article
Pogačar overtook Mohorič in the sprint and confirmed the overall victory