In Šentvid near Stična, after a pause, the traditional camp of Slovenian choirs is again 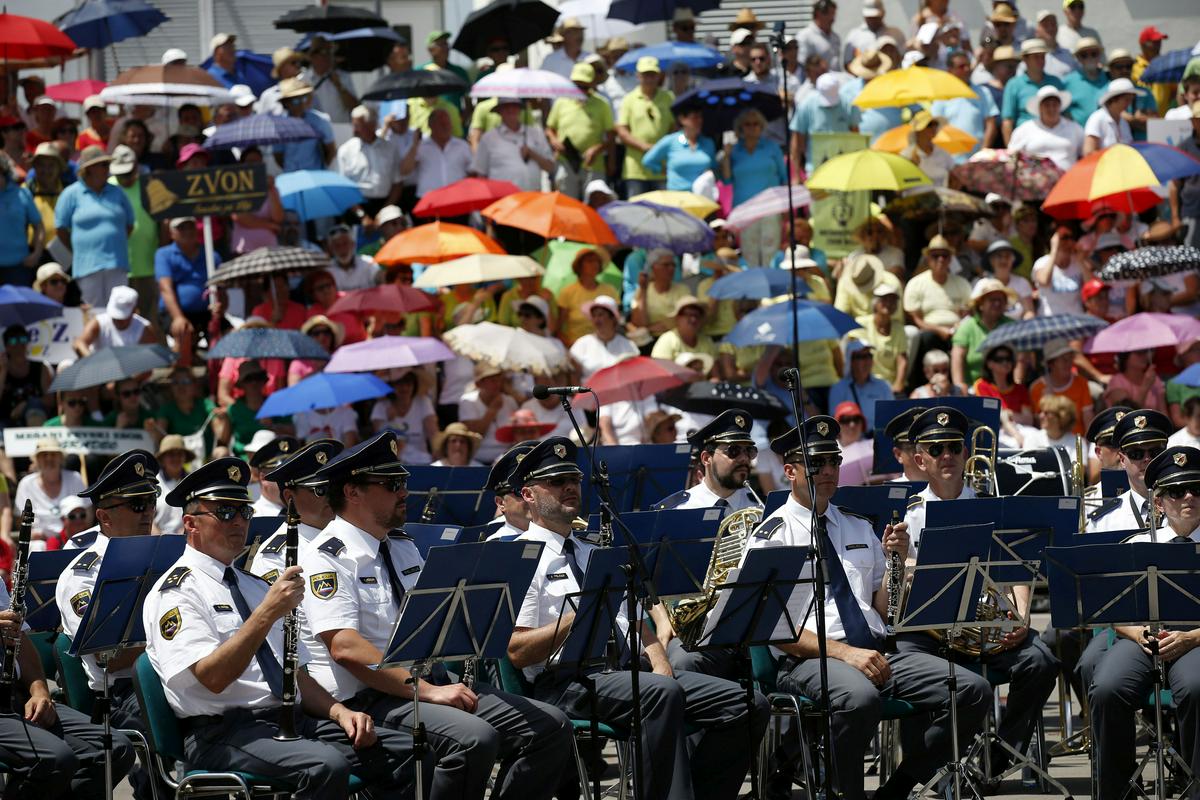 According to the camp president Mateja Šteha There was a little less time for preparations this year, so they decided to include in the program the most popular traditional Slovenian folk songs, which most choirs have in their repertoire. This made it easier for them to prepare briefly for the performance.

Of the 80 female, male and mixed choirs that will perform, seven come from abroad. Five school choirs, the Stična Band and the Vidovo folklore group will also perform.

The choirs arrived in Šentvid pri Stični on Saturday and attended a preparatory seminar in the lobby of the Ferd Vesel Primary School in Šentvid pri Stični. Today follows the main program, a concert dedicated to Stane Peček, who died this year, a long-time screenwriter and program manager of the camp.

This year’s motto of the camp is Let the singer sing the song, which, according to Matej Šteh, also has a partial message note. “We want to point out that we hope the epidemic is over and that we will be able to prepare cultural content normally again,” he told the STA.

The participants will be addressed by the President of the National Council Alojz Kovšca.

Previous article
The Dutch Prime Minister apologized to the Dutch blue helmets for protecting Srebrenica
Next article
Turnaround in Germany: The government will also cover energy needs through greater use of coal