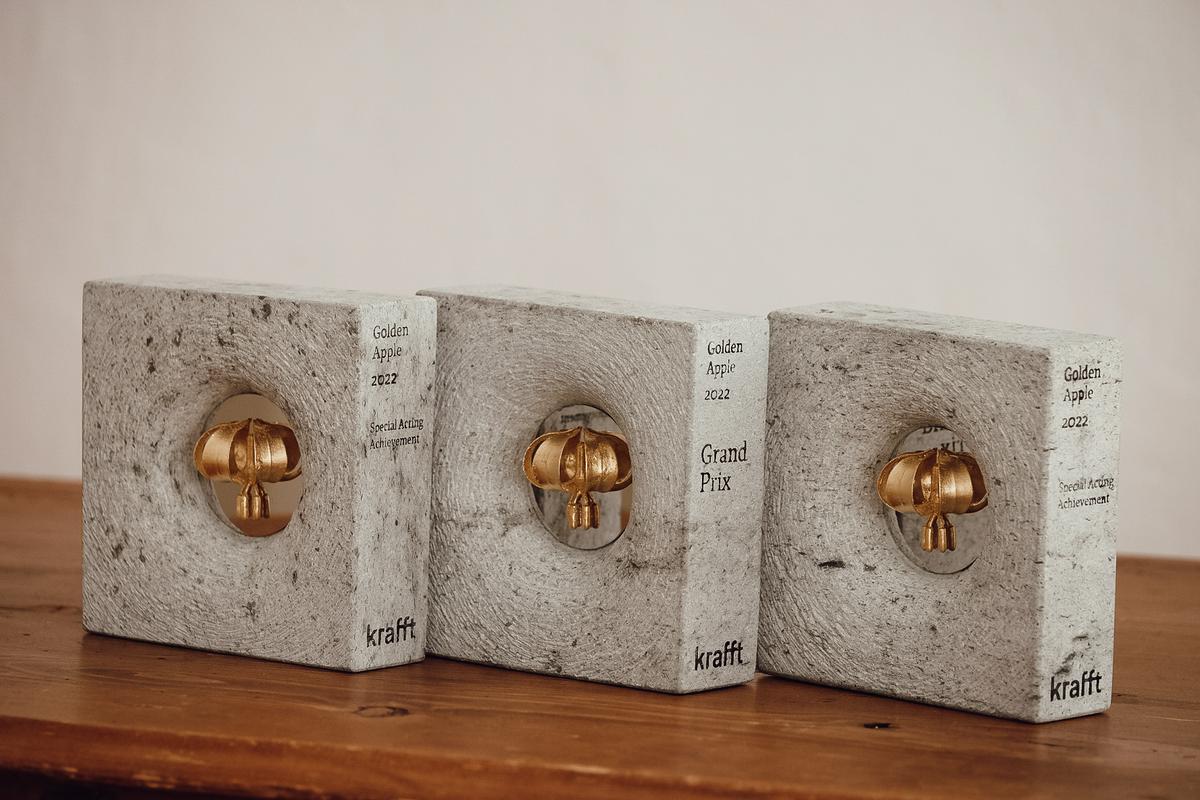 At the conclusion of the Kranj – Krafft International Acting Film Festival

At this year’s Krafft festival, the Golden Apple Grand Prix was awarded to the main cast of the film Wonderful Creatures, directed by Gudmundur Arnar Gudmundsson. The golden apples for special acting achievements went to players Radoš Bolčina and Pantea Panahiha.

The awards were presented on the last day of the second performance of the Kranj – Krafft International Acting Film Festival, which ended on 19 June.

Incredibly lively presence of a young castThe Golden Apple Grand Prix was awarded to the main cast of the feature film Wonderful creatures, co-produced by Iceland, Denmark, Sweden, the Netherlands and the Czech Republic. “The incredibly lively presence of young actors in front of the camera sucks us into the story from the first frame and doesn’t let us breathe until the very end of the film. The cast manages to play roles in a way that every big movie star can only dream of. The talent of such an acting team deserves the opportunity to study acting and build an established career from this great promise,“is written in the justification of the award.

The role of Radoš Bolčina is analyzed in detailthe champion of SNG Nova Gorica, received the Golden Apple for Best Actor for his first film role in the film Inventory directed by Darka Sinka. “A role broken down into detail, reflecting a whole range of moods and emotions; from childish astonishment, doubt, fear, anger, persecution to relief. He is surprised again and again – slightly naive throughout the film. The play is properly dosed, carried out to the end and is thus the biggest support for the genre of this film,“reads the justification.

Optimism, humor, motherhood and immediacyShe received the Golden Apple for Best Actress Pantheon Pantheon for a multi-layered portrayal of the role in the film Go gas Iranian director Panaha Panahija, which, as they wrote in the justification, pays homage not only to mothers in families, but to all women – the true pillars – in society. “Pantei gracefully manages to conceal and at the same time carry within him pain and worry throughout the film. She shows optimism, humor, motherhood, directness in caring for the family and its unpredictable fate. To surprise us with an emotional breakthrough – which in itself would be enough to reward – which reveals both her acting and human strength. As she sings of her grief at the loss and the urgency of not giving up, the pure gratitude she feels for life spreads before us,“can be read in the justification.

Nine feature films competed for the Golden Apple Award. The acting surpluses of the competition film program were judged by a three-member international jury consisting of an Italian actress Valentina Carnelutti and Slovenian actors Marijana Brecelj in Sebastian Cavazza.

The program premiered at the festival ReActing as a Star, prepared in cooperation with the Slovenian Film Center (SFC).

Brooklyn crushed the weakened Lakers in the last quarterDallas basketball players do not find the right form in January. They are currently in...
Previous article
A SpaceX employee who wrote an open letter condemning Elon Musk’s actions was fired
Next article
After the introductory three rounds in the lead the last challenger