The beginning of research and experimental events without the Nagib Society 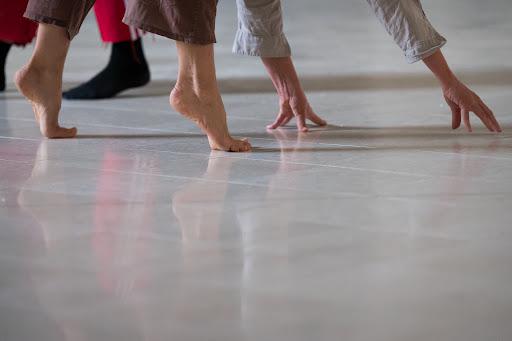 The Nagib Society is once again preparing research and experimental events without Odra. The entire collection of spatial and (inter) network creative interventions, meetings and documentary material will be publicly presented at the closing event in several venues.

The Maribor Society for Cultural Production and Affirmation of Artistic Processes is preparing this year’s Nagib brezOdra after two years of epidemics, which contributed to the reconstruction of the stage program and took place in shop windows in the city center. After 17 years of operation of the association, this is what is happening brezOdra logical continuation of their orientations.

Lack of training facilities and venuesDue to the lack of rehearsal spaces and suitable venues for non-institutional contemporary performance practices in the city, as well as the need to develop experimental forms of performance, this year will strive to establish a community and atmosphere based on openness, participation and reciprocity, where the audience also becomes part of the community and is active.

BrezOdra not one space, but a network experimental, staging and creative practices. The audience can enter the processes of individual artists, their thinking and initial creative steps, they explain in Nagib and add that it is a multi-layered curatorial and creative conceptwhich tries to cross the boundaries and frameworks of established creative practices, ways and formats of staging as well as classical staging spaces.

The event will take place in two parts. From June 20 to 1. July the first phase will take place brezOdra at several outdoor locations and indoor venues such as the Cultural Incubator MKCPuppet Theater Studio, GT22as well as v virtual (between) space. Six creative teams will set out to explore and experiment with opening up different themes and ideas.

Support for local creatorsIn this performance, Nagib will support local artists who, through their practice, go beyond concrete stage genre and classic stage performances. Creators will focus on the potentials of their creative processes and put them in different formats and spaces between 22 and 28 June also opened to the audience.

The first open format that can be viewed by the audience or interested public, it will happen on Wednesday morning when Ivan Mijačević he was the first artist to open the door to his process in the Studio of the Maribor Puppet Theater.

The entire collection of spatial and (inter) network creative interventions, meetings and documentary material, which will be created in twelve days of the creative process, will be 1. July publicly presented at the closing event at several venues in Maribor. Second part brezOdra bo between 2 July and 2 August took place with a one-month spatial placement of the resulting works in the Cultural Incubator.

Previous article
Pre-sale of Thor: Love and Thunder tickets confirmed: when and where to buy
Next article
Rüdiger opted for Real in April