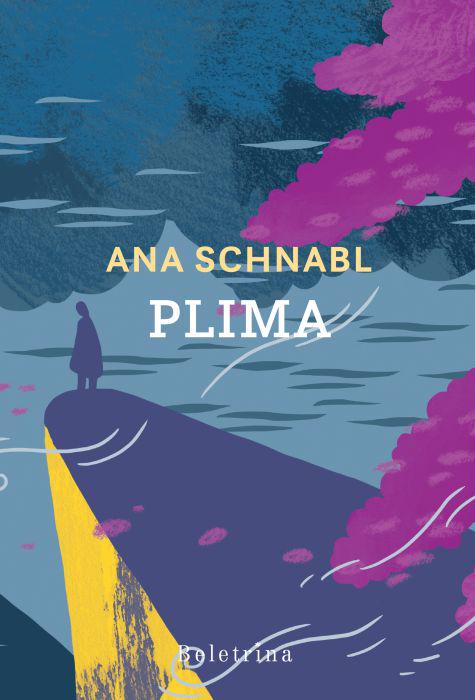 The novel Tide by the young writer Ana Schnabl is a tragic story about alleged suicide and the search for its causes. The main protagonist, the already established writer Dunja, returns to her hometown from Ljubljana to find out the truth about her brother’s death.

She transforms into an investigator, visiting her and her brother’s friends and friends from her youth to find out and understand how and why brother Dražen died. It becomes obvious that her presence gives some people discomfort and the need to ignore and evade. Nevertheless, the detective will find out the truth and reveal the background of her brother’s death. But will the discovery mean reconciliation, satisfaction, perhaps even victory?

Despite the rhythm of growing tension, the novel Tide is much more than a crime novel. It is characterized by linguistic innovation, we enter it as listeners to real people, real language marked by unfinished sentences, mutilated words, cut, stretched, half-eaten, shouted or silenced. Author Ana Schnabl skillfully illustrates this with numerous graphic characters, word splitting, scaled-down font, stringing words in falling columns, copious use of slang, and some swearing seems to be merely to drive away or deny heavy, unspeakable emotions. The tragedy of the double death hides behind the self-irony of the main character, because according to Dražen, Dunja’s father also committed suicide. Language adapts completely naturally to situations and goes from cultivated, literary to conversational, to dialect or slang, from deep pain to superficial, seemingly optional chatter. When Dunja approaches the truth in conversations with friends, she reveals them mercilessly and indulgently at first, but the closer she is to their and Dražen’s secrets, the more her zeal dissipates, the more compassionate and humble she becomes.

The novel is an interweaving of several stories: Dunja’s family and friends, the stories of Dunja’s first, children’s love and the most unusual stories of an unhappy, deceived, ridiculed and abused girl. When masks fall in the novel, people of flesh and blood appear behind them, with all the weaknesses and mistakes, wounds and pains.

The events in the novel are described vividly and so very convincingly that it easily awakens the reader’s performances. It is true that some passages are hospitable and branched out with many deviations that the impatient reader would rather skip to catch the essence of that tense, long-awaited sequel, a new revelation, as is typical of tense crime novels, but such skips are not recommended. These passages hide so many different emotions, feelings, moods, concerns, premonitions and memories – the combination of all this can overwhelm everyone in a single moment, but few are given to describe them as skilfully and convincingly as described by a shrewd and lucid writer. . In Dunja, who would like to hide behind casualness, provocativeness and cunningness, we recognize a vulnerable, empathetic, warm and reasonable creature who will summarize in the end:“Because nothing, Dunja realized, ah, what, Dunja felt then, is the only real, the only possible sum of love and horror. Adoration and anger. Admiration, contempt. Compassion, hatred. Peace, unrest. Nothing , Dunja then felt and froze, as the most faithful description … of mine, yours, theirs, yours … the ambivalences of the world. “

And as it is written at the beginning that we enter the story as eavesdroppers to real people, the protagonist also agrees when she declares that the story did not develop as a kind of psychological, sociological or criminal novel, but as life itself. The peculiarity of the novel Tide is that the author Ana Schnabl here and there, quite unexpectedly, involves some short questions or findings about her writing, which sound completely legitimate in the middle of the story and elevate readers into conspirators in creating surprisingly fresh and full text.

From the show S book market.

Previous article
Texas Republicans are pushing for a referendum on Texas’ exit from the United States
Next article
For an introduction in the Philippines, a smooth defeat of the Slovenes against the Dutch