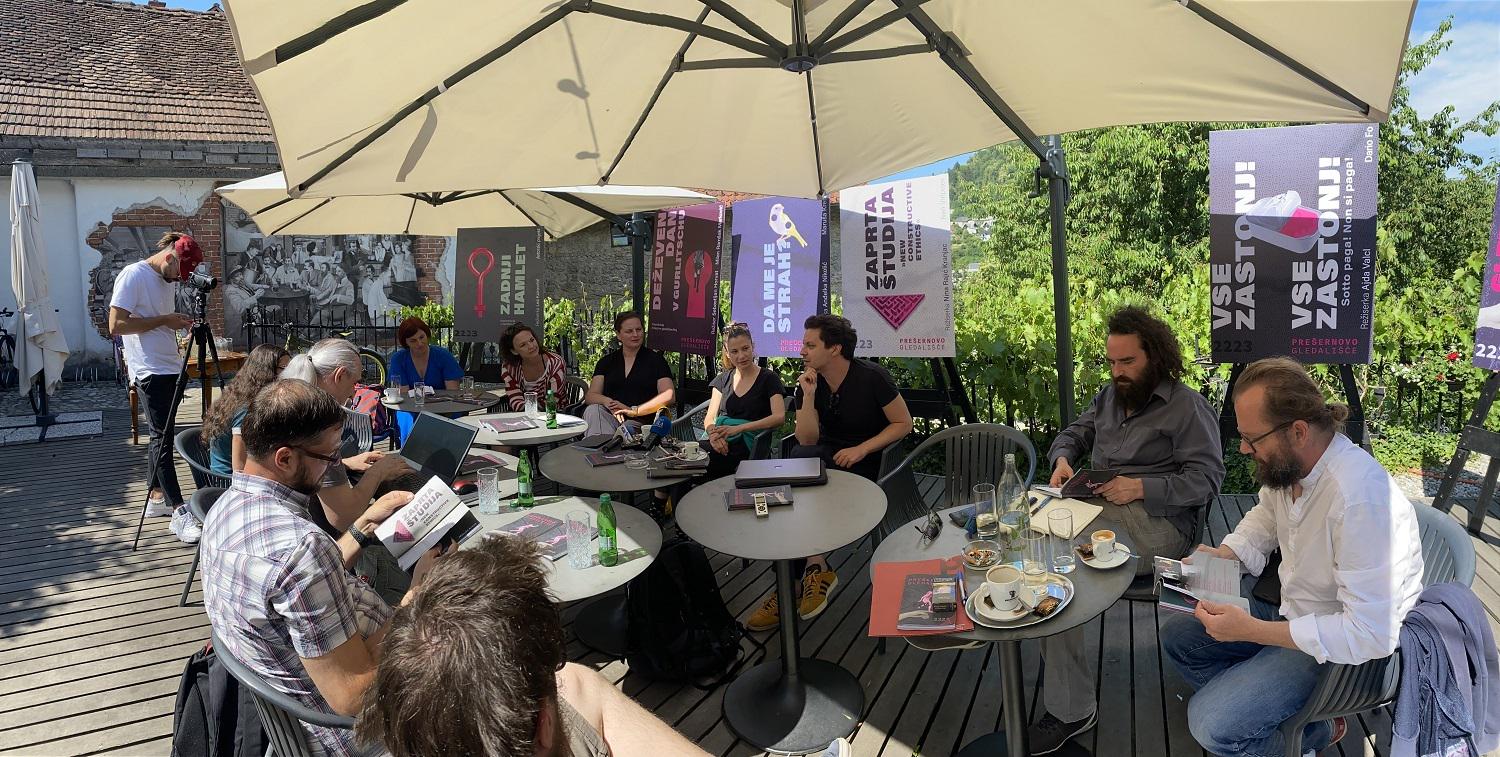 Five premieres, four of which will be directed by women

The director of the Prešeren Theater in Kranj, Jure Novak, invited the creators to participate in the new theater season 2022/2023, “who find this moment the best, most vital, most exciting and in the best shape.”

The performances will focus on current social issues and intertwine various theatrical poetics, they said at a press conference in Kranj.

“The season that awaits us is designed very consistently. Absolutely the main red thread is social criticism. All projects address current issues quite directly, no project avoids intimacy, humanity and joy of life, although perhaps not always the most optimistic , “ explained Novak, who is convinced that quite a few projects will be well received by the audience, not only in Kranj, but also beyond.

The comedy season will open in September with a comedy Everything is free! Everything is free! Italian playwright Daria Foja. The text, which was written in the 1970s in response to soaring inflation, is once again very relevant in the face of the unstoppable wave of price increases we are witnessing.

As the director said Ajda ValclFo focuses on the impoverished working class, and she herself, together with Marko Bratuš in adaptation as protagonists focused on precarious workers. Thus, the adaptation is closer to today’s most exploited class.

The premiere of contemporary drama will also take place in September at the Kranj Theater Closed study New Constructive Ethicsin which the playwright Ivan Viripajev raises the question of how to be and remain ethical in the face of the dilemmas of individual freedom, humanity, ecology and meaning.

The text is written in the form of a survey answered by three scientists. As the director said Nina Rajic Kranjacthe thing works as long as scientists in their answers on how to save the world from ruin move in the field of science and theories, and when they ask questions concerning the intimate world and determinations, problems and inconsistencies arise.

The third premiere will be a dramatization of an autobiographical novel That I’m scared? poets, writers, journalists and humanitarians Maruše Krese. “A story that exposes a distinctly personal and often critical view of war is uncompromisingly rooted in the very heart of the myth of war as the natural state of the world,” said the author of the dramatization Simona Hamer.

She will direct the christening performance of the adaptation of the novel Andjelka Nikolic. As Simona Hamer explained, the play wonders whether we can even think of a society that is not militant, and whether the stories we tell from generation to generation are to blame for this, that war continues to remain so self-evident and present in our lives. .

In March, the text will come to life in co-production with the Ptuj City Theater Rainy day in Gurlitschwhich he is preparing Milan Ramšak Marković. The play is directed Sebastian Horvat will draw attention to the dual nature of the trauma of loss by drawing attention to the identity crisis of the European middle class. It will deal with the fundamental postulate of our world that it is the private property of the world, Horvat announced.

The last premiere of the next season is being created in cooperation with the Bunker Institute. It is an author’s project Lee Kukovičič The last Hamlet, which will take the form of a trilogy. The project seeks to save men from patriarchy, which is not only oppressive towards women but also men. The first part of the project will be a performative symposium, followed by a performance to liberate Hamlet from the patriarchate, and the third part will be a manual for men, announced the director of the Bunker Institute Alma R. Selimović.

It was a short-term errorSome Twitter users were surprised to notice on Wednesday that they could not post new records, and were told that...
Previous article
Have Petrol and OMV abused their position in recent days? The AVK is launching an investigation.
Next article
The German Football Association has already publicly supported Ceferin for a new term