The story of Marta Paulin Schmidt – Brine: from a promising modern dancer to a partisan 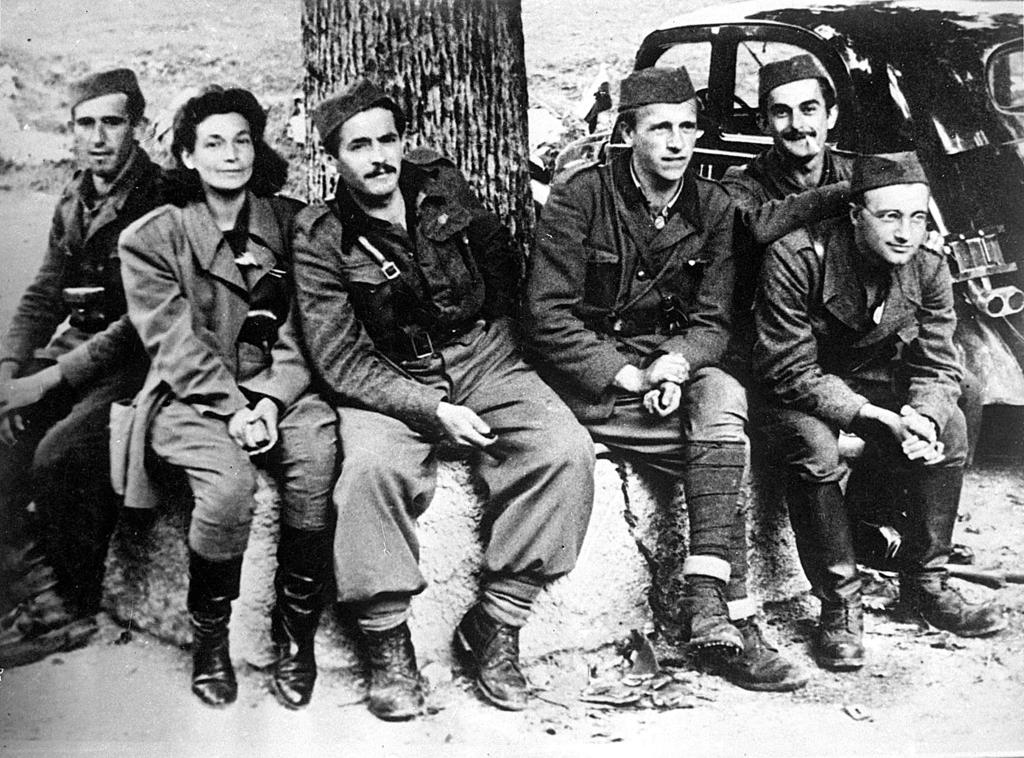 Marta Paulin Schmidt – Brina is considered to be the first dancer of contemporary art dance before the Second World War in Slovenia. Her daughter Malina Schmidt Snoj recently wrote a book about her mother’s life, which was published by Mladinska knjiga.

Marto Paulin Schmidt (1911–2002), dance artist, choreographer and pedagogue, many know her by her partisan name Brina, which she put on herself. This name and the image of the partisan, a member of the famous cultural group of the 14th Division, overcame the image of pre-war Marta as an extremely promising and talented modern dancer, the Mladinska knjiga publishing house wrote, where the biography was published as part of the collection Memories and confessions.

A young woman’s dream of beauty and fullness of experiencesIn the book Just one dance: The story of Marta Paulin Schmidt – Brine it can be read that we can only speculate as to why before the war she made her basic decision for modern dance and not for classical ballet. She herself said this: “I nurtured, like any young man, my dreams of beauty and fullness of experience. I felt them with my whole body. What was more natural than trying to express them early on with dance, with the beauty of movement? Yes, I saw in dance the most natural way to confess what was accumulating in me. I was driven by a desire for freedom and relaxation that I had always missed in my life.“

An important edition for political and cultural historyRaspberry Schmidt Snoj reconstructed her mother’s life on the basis of documents, photographs and memories. According to the STA, the book “with a bravura intertwining of personal and historical forces, she portrayed the fate of a woman who is strongly imprinted in the Slovenian cultural space and eventually becomes legendary.“. Editor Nela Malečkar presented at the presentation that the book is important for Slovenian political and cultural history. The fact that it was written by Marta’s daughter Paulin Schmidt gives it a special tone, she added.

The author said that the idea for the book came to her during a closer examination of her mother’s legacy, which also included her records and photographs. When she tried to edit the material, she found out that there was still a lot she didn’t know, so she went to the archives and made contacts with a few surviving maternal acquaintances.

The fateful march of the 14th Division from Bela Krajina to StyriaThroughout the book, we follow the chronologically given story. At the presentation, the author revived the memory of some events from her mother’s life, such as her solo performance just before the war, which, as she writes in the book, “then – and probably for the rest of her life – the peak of her self-fulfillment“She also reawakened the memory of the march of the 14th Division from Bela Krajina to Styria, where her mother’s toes froze, which prevented her from dancing after the war, and she devoted herself to the work of a pedagogue and choreographer.

Born in 1946 Raspberry Schmidt Snoj She studied and graduated in dramaturgy at AGRFT and in Slovene at the Faculty of Arts in Ljubljana, where she also graduated in English, and in 1983 she received her doctorate. In the magazine Modernity she wrote about Slovenian drama and theater and was an assistant professor of drama history at AGRFT. She later published an extended doctorate in a book An intellectual on trial – a Slovenian dramatic hero between intimacy and revolution (1993) and several other books.