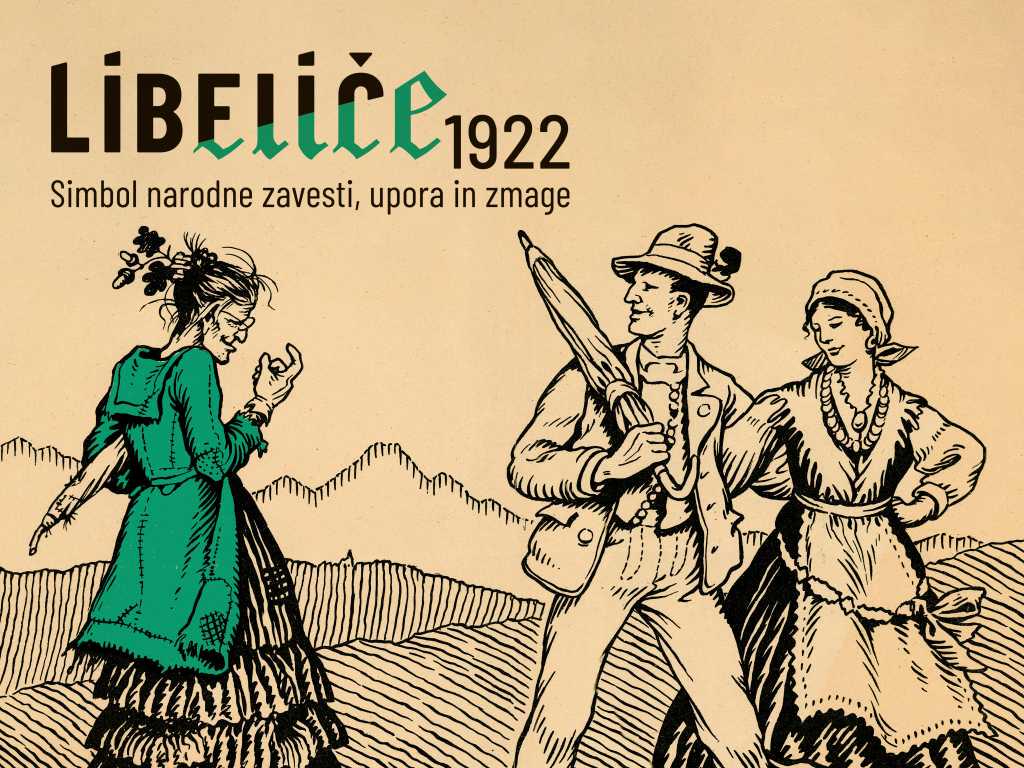 In 2020, a century has passed since the Carinthian plebiscite, with which part of Slovenian territory came under Austria. This also happened with the village of Libeliče, where the villagers succeeded in the unthinkable and moved the state border with a rebellion.

The people of Libeli spent two years trying to return to their motherland, and they are celebrating the centenary of this success with a new permanent exhibition Dragonflies 1922which is on display in the Carinthian Provincial Museum in Slovenj Gradac and in the premises of the Libeliče rectory.

Nocturnal shifting of boundary stones“Although it was occupied with his soldiers after the end of the First World War, as well as the entire Mežiška dolina and the Dravograd area, by Lt. Franjo Malgaj, the municipality of Libeliče was included in the voting area following the decision of the superpowers. Regardless of the fact that 57 percent of the population voted for Yugoslavia, it thus became part of Austria. The most aware residents did not accept this,” they wrote in the museum at the time of the exhibition.

Shortly after the plebiscite, the villagers organized meetings on the farms, they began to publicly demand a change of the border, collect signatures, and the village boys moved the border stones at night. When the Austrian authorities failed to influence them with various approaches, they resorted to violence.

Big celebration on October 1 100 years agoAmong the most deserving people who contributed to the solution of the Libelje problem is the pastor Anton Vogrinecschool administrator Janko Gačnik and school superintendent Rudolph Mencin as a member of the demarcation commission. This trio achieved that the territories were exchanged so that Libeliče belonged to Yugoslavia, which ceded to its northern neighbor the predominantly German town of Sv. Lovrenc (St. Lorenzen) above Dravograd. The Austrian authorities had to leave Libeliče on the last day of September 1922, and the next day the villagers could celebrate the annexation to the mother country.

The former guardhouse handed over to the local communitySeptember 23 marks the start of a series of celebrations in Libeliče, which were postponed from last year to this year. Among other things, the new guardhouse there, the former border crossing, will get new content. “The watchtower was owned by the state and we fought for quite some time for it to come into the ownership of the local community, and now we are renovating it with the help of Russian funds and we will dedicate new content to it,” said the deputy mayor of Dravograd to Radio Slovenija journalist Metka Pirc Anton Preksavec.

A fire extinguisher recovered through an illegal operationPart of the plebiscite history is also the famous fire sprinkler, which the Libelians managed to get back in an illegal campaign. But as the fireman said Marko Prevolčičafter more than a century they cooperate well with their Austrian colleagues: “We visit and help each other and support each other, because firefighting knows no borders, so we’re actually really good friends here and across the border.” The jubilee celebration will conclude with a central national celebration next weekend. According to the Vice-President of the Cultural and Educational Association Libeliče Maje Marin they are proud to be reviving national culture.