Fanny Haussmann Award to Franci Novak, who prides himself on his innovative poetry 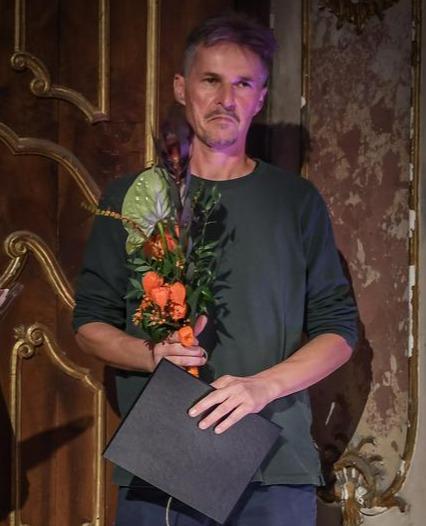 Poetry prize awarded for the fifth year in a row

The poetry prize named after the first Slovenian poet Fanny Haussmann, which was awarded for the fifth time this year, went to Franci Novak for the set of poems Vlak Grosuplje–Kočevje. This year, 72 submissions were received, 30 more than last year.

According to the jury, many of the entries were of high quality on various poetic levels – from motif-thematic to rhetorical figures and innovative vocabulary. The number of registered contributions is “points to the fact that the Fanny Haussmann poetry award has become nationally recognizable in five years and has established itself as relevant on the Slovenian poetry map“.

About the composition of the song Train Grosuplje–Kočevje Francia Novak, the jury wrote that “the poetic self in it originally and skilfully depicts moments of life and various mental-existential ones situations while traveling by train. Innovative poetic figures are shown to us through society and the individual in it, and the journey is a demonstration of the essence of life under the open sky on the rails of everyday life. A very well executed narrative arc of the poetic cycle leads us through the memories of the lyrical subject, trust in the other, reflection on who is moving in this world – tubit or landscape, Self or space.“

As it is written in the justification, “the space-time dimension moves from one period of life to another, from one event to another. The wagon is a microcosm and a macrocosm at the same time, and the backpack is the luggage of experiences somewhere between the lyrical subject, the other and the world.“However, in the opinion of the jury, Novak’s poetry collection”with a unified presentation of life and a reflection on it, it comprehensively shows the insightful observation of tubiti in seemingly small stories, which, however, show themselves comprehensively in the extreme depth of the poet’s thinking. The intimate world of the poetic subject is a search for the self, things and creation with an innovative poetic word in an extra-temporal dimension, and yet so much here and now, on this journey, on this train, in this life, in these poems.“

The prize is awarded by the Institute for Culture, Sports and Tourism (ZKŠT) Zalac. The prize, worth 1,000 euros, was handed over to the winner by the mayor of Žalec at the award ceremony on Thursday Janko Kos. The ceremonial speaker was the president of the Society of Slovenian Writers Dušan Merc. At the award ceremony in Novo Celje Castle, editor Marija Končina also presented a magazine for literature and culture Insightwhich under the aegis ZKŠT Žalec has been published for 18 years.