Why does Tyrannosaurus Sue have a perforated jaw? Scientists don’t have an answer 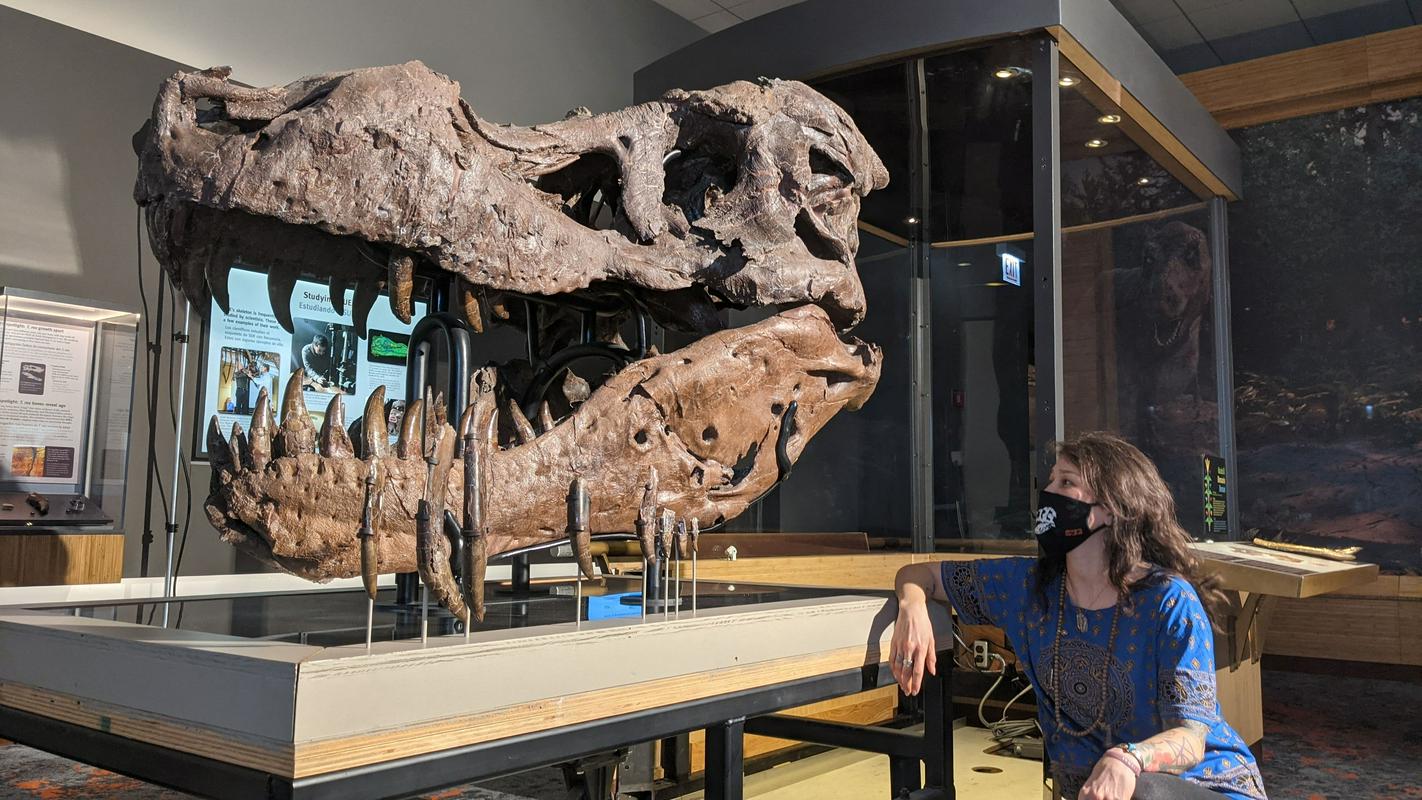 Paleontologists have named the largest and best-preserved tyrannosaurus skeleton known as “Sue.” Sue roamed what is now South Dakota 67 million years ago, at the end of the dinosaur age. But what pierced her?

Even the giant tyrannosaurus, whose skeleton is now on display at the Field Museum in Chicago, was not invulnerable. This is evidenced by a cluster of round holes in the dinosaur’s jaw – holes that scientists simply cannot explain. New research has helped them identify the leading hypothesis, but there are no definitive answers yet.

A careful analysis of the eight holes – the largest of which has a diameter the size of a golf ball – showed that the dents on the lower part of the left jaw were not caused by a microbial infection, as experts had previously assumed. The holes are simply different from the kind of sores an infection would leave behind, he notes Bruce Rothschildauthor of a scientific study just published in the journal Cretaceous Research.

A common injury in tyrannosaursMeasuring 12.3 meters long, Sue is perhaps the most famous fossil in the world. Tyrannosaurus was one of the largest terrestrial predators that ever existed. Paleontologist (and co-author of the aforementioned study) Jingmai O’Connor points out that about 15 percent of all known tyrannosaurus specimens have holes very similar to Sue’s.

The latest research tried to determine whether the holes were drilled by microbes. Birds, which evolved from feathered dinosaurs, are quite sensitive to microbial infections. In humans, the most similar sexually transmitted trichomoniasis is infection with the protozoan Trichomonas vaginalis.

What caused the holes was not fatalScientists cite the case of a falcon that was infected with a form of trichomoniasis and had a damaged jaw – but in a different way than Sue. In the case of the tyrannosaurus, there are visible traces of bone healing around the holes, which means that what “pierced” it did not kill it. The healing on the skeleton is comparable to the healing marks on the skulls of the ancient Incas, who had the practice of drilling holes in their heads.

Bruce Rothschild speculates that the injuries could be claw marks made during mating, or, as he explained, “by hopping from behind or above, with the claws striking the lower jaw”. Although Sue is a female name, a tribute to the finder of the fossil in 1990, we don’t really know if Sue is a male or female fossil.

“A pathology that often affected tyrannosaur specimens that caused holes, but only in the back of the jaw, and didn’t kill the animal because the holes were already starting to heal – at least in Sue. It’s all very strange,” paleontologist summarizes. “We already had a bunch of hypotheses, and they were all disproved. It’s a really good paleontological puzzle—my favorite.”

Poor old animalBy the way, the mysterious holes are not the only injury that has befallen Sue, who has been traveling the world for about 33 years. “She was quite old when she died, so there were many injuries and pathologies on her. She had a bunion in her front limbs. She had to fall on her right side once and broke her ribs – but they healed. She had a torn tendon in her right hand – it was healing. She had a terrible bone infection in her back left leg. Arthritis in her tail. She probably wasn’t very bouncy in the last year of her life.”

Previous article
‘It was worth it’: Alejandra Fosalva remembers nude scenes she did in TV series
Next article
Pellegrini defends himself against accusations against him: ‘I had no trouble with the British Treasury’