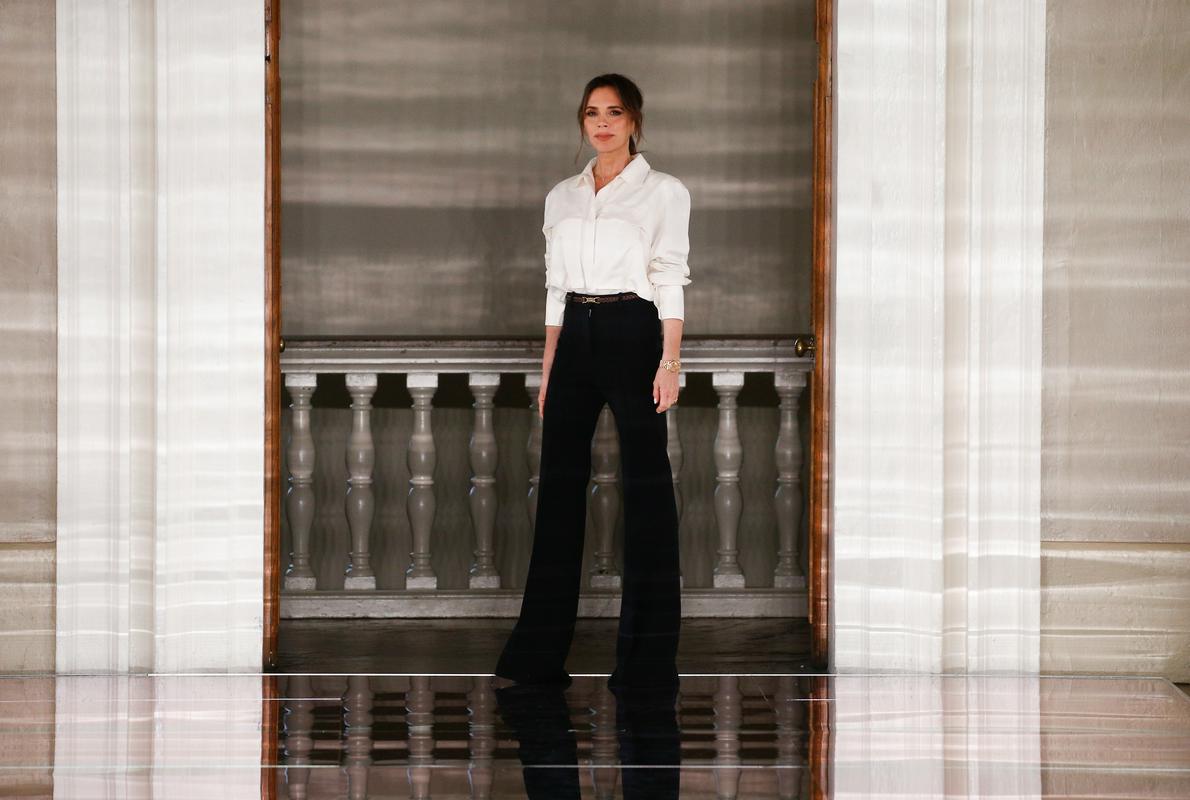 She emphasized the sublime side of her collection

Victoria Beckham marked her debut at Paris Fashion Week with a chic selection of fashion creations that caught the attention of photographers and celebrity guests on the catwalk, including Eva Longoria, Paola Locatelli and Victoria’s husband David and his family.

“I just finished all the details of my fashion show, check it out on who I ran into” is in the clip on Instagram fans were greeted by the former “spice” and tilted the camera towards her husband David with her children, who came to support her at an important fashion show.

Victoria Beckham on a special occasion, she emphasized the sublime side of her collection, which is decorated with elegant dresses and costumes in which bright pastel colors flow with black accessories that give the dresses a contrast.

The leading models of the magazine shone the most, Bella and Gigi Hadid. After a successful debut on legendary arched corridors Val de Grace the fashion designer was overwhelmed with emotions. She hugged her friend Eva with tears in her eyes Longoriawho watched the show from the front row.

After New York, Milan and London, the highlight of Paris

Of all the world’s fashion centers, Paris has recovered the best after the pandemic, thanks to numerous fashion shows and massive financial investments. The event will conclude on the fourth of October, on and the catwalks will feature the creations of many of the biggest fashion designers, such as Chanel, Dior, Hermes, Louis Vuitton and Saint Laurent. The Paris week will thus conclude the month of fashion shows, which were previously held in New York, Milan and London.