Grand prix of the Belgrade Bitef for the Slovenian play Solo 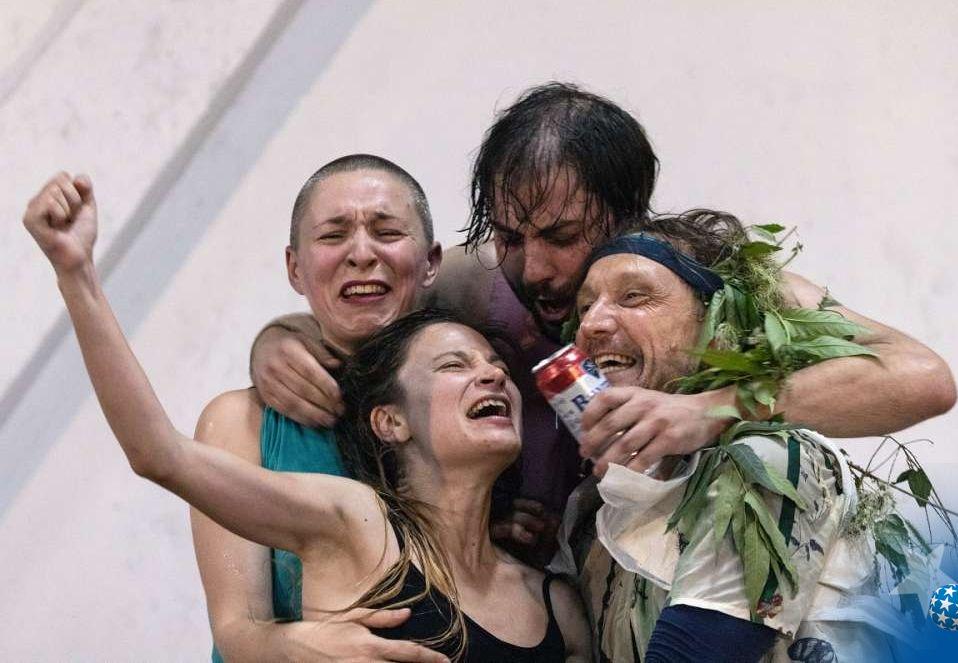 The closing performance of the festival was also Slovenian, Krize by Žiga Dovjak

The performance, produced by Nova Pošta, the Slovenian Youth Theater and Maske Ljubljana, received the grand prix Mira Trailović for the best performance.

“The first prize goes to a brave, passionate and unique research into the fundamental issues of theater in the present moment, a research that reaches both into the past and into the future and is presented to us with wild energy by four exceptional thinkers, authors, performers. They invite us to an exciting and risky journey through self-discovery, conflicts, memories, scenes, songs and myths that lead us to different theater spaces and forms and conclude with a ceremony that celebrates connection and our human imperfection.” the international jury wrote in its explanation.

They perform in the play Nina Rajić Kranjac, Nataša Keser, Benjamin Krnetić and Marko Mandic. Scenography is work Urša Vidiche is a composer Branko Rožmanand they are musicians Petra Božič and Branko Rožman.

The Solo project is a meeting between the director and the actors in improvisation, explains the synopsis. “It is an attempt to create an event with the help of given cues and the question of what it means to be alone. (…) This is also the director’s attempt to put herself in the center and examine herself.”

The technical manager of the production was Igor Remeta, the professional collaborator was Tina Malič, simultaneous translation was handled by Jaka Smerkolj Simoneti, and technical support was provided by Manca Vukelić. The producer is Tina Dobnik, the Slovenian Youth Theater announced.

65th performance of Bitef, whose slogan was We – the heroes of our workended on Saturday, namely with the premiere of the author’s project Crises directed by Žiga Divjak and produced by Nova pošta and with the awarding of prizes to the best.

As many as two performances earned the main prizeAlso this year, two grand prix prizes were awarded, the second one went to a Belgian dance performance Any attempt will end in bent bodies and broken bones choreographed by Jan Martens.

The performance won the audience award A world without women Maje Pelević and Olga Dimitrijević.

He called the slogan "Woman, life, freedom" a "beautiful message that indicates a movement towards a better future"Former President Mohammad Hatami expressed his support...
Previous article
Ecuadorian striker bets on his penis to avoid team relegation: ‘If we lose, I cut it off’
Next article
Emmanuel Silva gives Chile its first gold medal in Odessur, María José Moya wins silver in skating