1,000-year-old manuscript stolen by the Bulgarian army in 1917 returned to Greek monastery 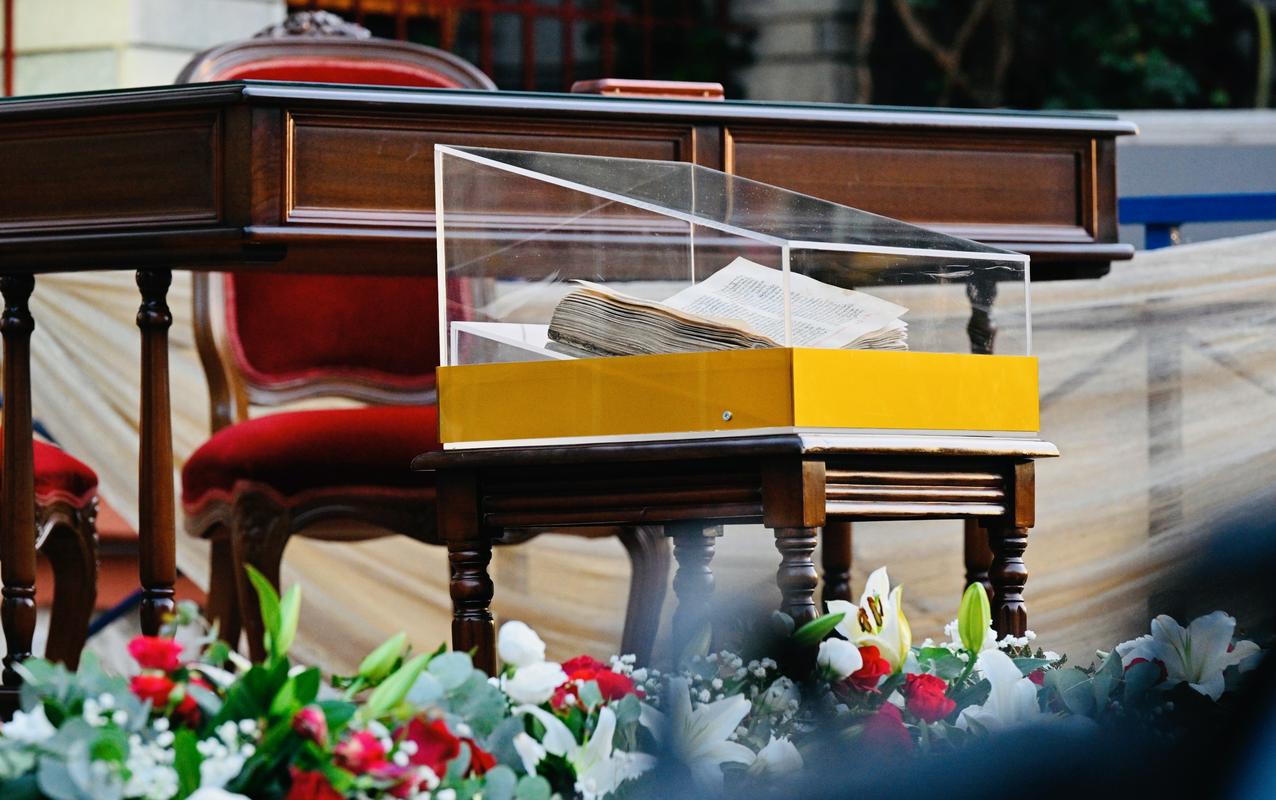 A 1,000-year-old manuscript stolen from a Greek monastery by the Bulgarian army in 1917 will now be returned to its original owners. During the looting, the soldiers took away more than 400 valuable manuscripts and other books from the monastery.

The manuscript is considered to be one of the oldest handwritten gospels in the world, the Washington Museum of the Bible announced, where it was acquired in 2014. At the same time, they expressed the hope that other institutions in the United States that have the manuscripts in question will follow their example and valuables returned to the rightful owner.

The document was created in a Greek monastery in southern Italy in the late 10th to early 11th century, but was moved to northern Greece sometime between the 14th and 15th centuries, or more precisely to the monastery of Kosinitza, also known as the monastery of Theotokos Eikosiphoinissa.

From European soil to American museumsDuring the invasion, the Bulgarian army looted the monastery and, in addition to manuscripts and other books, also took away valuable objects and cash. Some manuscripts were sold on European soil, and then they ended up in American museums. The manuscript known as Eikosiphoinissa 220, was auctioned by Christie’s in 2011, then the Green family from Oklahoma City bought it for their private collection and donated it to the Museum of the Bible. In fact, the museum is owned by a non-profit organization founded in 2010 by the Green family itself.

In 2015, the Greek Orthodox Church asked several American institutions that had the Kosinitza manuscripts to voluntarily return them to the monastery. Four years later, the Museum of the Bible began researching Greek New Testament manuscripts from its collection. The scientists found that the museum also holds a document that was stolen from the Kosinitza monastery. And in 2020, the museum contacted Eastern Orthodox leaders to express their desire to return the manuscript.

These days, the Greek Orthodox Archdiocese of the USA and the Washington Museum of the Bible said in a joint statement that the manuscript was finally returned to the monastery on September 27 in an official ceremony.

Illegally and rapaciously alienated valuables“When the Museum of the Bible discovered that this text had been illegally and predatorily alienated from the monastery, it quickly, responsibly and professionally took care of its restoration and repatriation,” said the American Archbishop Elpidophoruswho represented the ecumenical at the solemn event Patriarch Bartholomew, the leader of the Eastern Orthodox Church. “We cannot adequately express our gratitude to the Green family and the museum for their Christian and professional assistance. You have set an example for others and we pray that they will follow,” the archbishop also said. Ecumenical Patriarch Bartholomew lent three other manuscripts to the Washington museum as a sign “gratitude for the return of the manuscript gospel,” they wrote in the statement.

According to the words George Tsougarakis, the general counsel of the Greek Orthodox Archdiocese in the United States, now hopes that the return will encourage other institutions to return the manuscripts stolen during the Bulgarian invasion. Repatriation is “acknowledging the inequalities and injustices that befell these areas at the time, leading to the alienation of these priceless objects. And it’s a way to somehow make the world fair again,” said Tsougarakis for CNN.

The physical document as a strong link with the pastHowever, he noted that copies of the manuscript may allow academics to continue to study it from afar. But for monks who venerate the actual manuscripts, the physical document represents a powerful connection to the monks who preceded them and to the religious tradition itself. He pointed out that “something needs to be said about touch“. And continued that “the ability of the monks to say: ‘I have touched the side that my predecessor touched’ – that means something, that is the community.“

Tsougarakis added that the Museum of the Bible has set a convincing example for other institutions that have manuscripts stolen from the Kosinitz monastery in their collections. “We urge them to do the right thing. There is only one correct answer here. And we hope they will follow him,” concluded the General Counsel of the Greek Orthodox Archdiocese in the USA.

Otherwise, the Museum of the Bible in Washington has been dealing with problems related to the objects in its storage since its opening in 2017. In the past, several of them have already turned out to be fakes, so now they are making even more efforts to restore or even gain reputation by checking the origin of objects and returning those that were obtained in question.