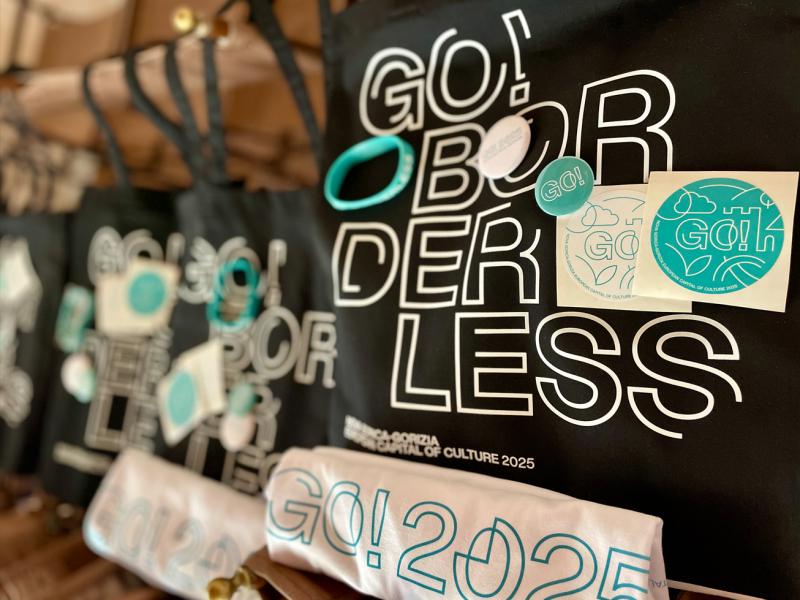 At this year’s Barcolani, a sailboat will also sail with the flag that will represent the European Capital of Culture 2025. The flag was handed over to team leader Lucio Provvidenti today.

The yacht Barraonda already carried the EPK flag during Nova Gorica’s candidacy at Barcolana in 2020, and this year she will represent Gorica and Nova Gorica at sea with the official EPK flag.

Barraonda is a 12 meter long top racer sailboat, and the team members are mostly from Gori with captain Lucio Provvidenti. The yacht has Slovenian sails and is a member of the market SVOC – Societa Vela Oscar Cosulich. The connection of the sailboat with the two cities is so direct that for years it has been flying the flags of the municipalities of Gorica and Nova Gorica in the bay and on Barkovljanka.

The crew he leads Lucio Providentiguarantees that it will do its best to proudly represent the colors of the European Capital of Culture 2025, Provvidenti assured at today’s official handover of the flag.

“Across a space where there is no room for national borders”“Baraonda personifies the desire or the pursuit of the basic goal of the borderless area of ​​Gorizia, which is to create a common future. Its symbolism is even stronger because it sails across the wide sea, where there is simply no room for any national borders. Above all, it must be recognized for its visionary nature, as it even before the candidacy for EPK was filed, her flag had the coat of arms of both the Municipality of Gorica and the Municipality of Nova Gorica. She believed in the story of unification.” said the deputy mayor of Novi Gorizia on the verge of today’s handover Simon Rosič.

Previous article
Dennis Rosenthal returns to Chile after Billboard amid Camilo Zicabo infidelity rumors
Next article
Inzaghi: Barcelona has no weak points, it is perfectly occupied in all positions