Are the bookies right this time and will the Academy support freedom of speech by awarding Rushdie? 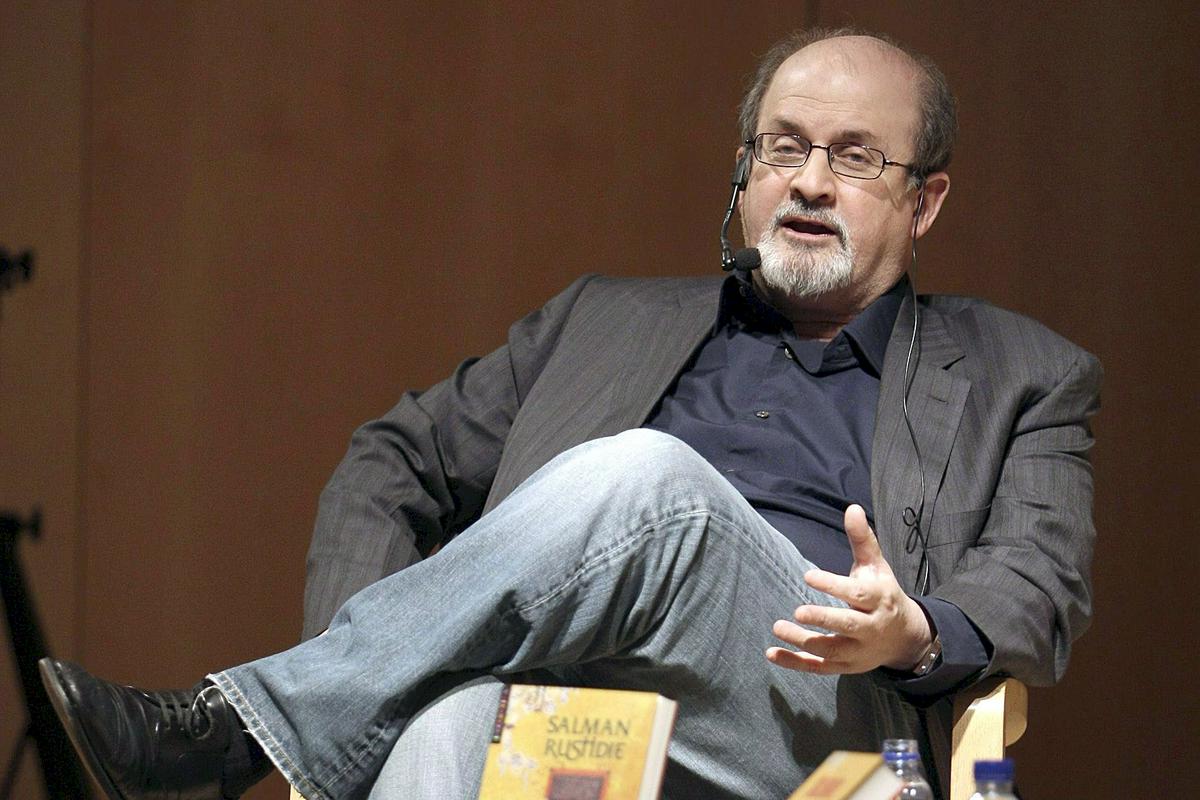 Before the selection of the Nobel laureate for literature

This year’s winner of the Nobel Prize for Literature will be announced on Thursday. The choice of the winner is never easy, but it is always secret and subject to endless speculation. This year, speculation about the winner cannot avoid the obvious scenario.

The six-member committee of the academy will decide who this year’s awardee will be, but the name remains a secret until the last moment. There is a lot of speculation about the possible winners, just as there is a large pool of possible candidates. The choice of the laureate is often met with criticism, and the award committee is known for its affinity for highlighting lesser-known writers over bestsellers.

The Academy likes to surpriseFor the past two years, the Academy has awarded the prize to an American poet Louise Gluck and a Tanzanian writer Abdulrazak Gurnah. Their works were not widely translated and were not known to the general public, they were not even known to some publishers.

“After last year, I think it might even be a little harder to guess who could win the award this year,” literary critic Lina Kalmteg told Swedish Radio, recalling the studio’s “complete surprise” when Gurnah’s name was read last year.

“I think after last year’s surprise we can expect a more familiar name this year,” assessed the culture editor of the Swedish newspaper Dagens Nyheter Bjorn Wiman.

After the academy postponed the prize in 2018 due to a sex scandal, and a year later surprised with the controversial decision to honor the Austrian author Peter Handke, followed by promises that the new criteria would lead to a more global, gender-equitable literary prize. Since then, she has awarded it to two authors, in addition to Louise Gluck yet Olga Tokarczukso this may mean a good prediction that this year’s recipient will also be a woman.

In this case, there could be winners Joyce Carol Oates from USA, Annie Ernaux or Maryse Conde from France or Canadian Margaret Atwood. “Award to a Russian author and outspoken critic of the Kremlin Lyudmila Ulitskawhich is often mentioned as a potential candidate, would also send a strong message following Moscow’s invasion of Ukraine,” AFP news agency summarizes.

Not even the nominees are knownUnlike many literary awards, there is no shortlist for the Nobel Prize, and nominations and debates within the academy remain a secret for 50 years. Before making a choice, it is just speculation. The Frenchman Michel Houellebecq, whose name has been circulating in Nobel circles for many years, has a high rating in bookmakers.

An award to Rushdie would be a comment on freedom of speechThe British writer of Indian origin, Salman Rushdie, who was attempted to be assassinated in New York state in August, is also highly regarded. Columnist David Remnick wrote in an article for the New Yorker just over a month ago that he could be one of the possible winners. As he estimated, his literary achievements certainly deserve the recognition of the Swedish Academy, and the Nobel Prize, in his opinion, would be a symbolic rebuke to the opponents of free speech.

To argue that the prize for Americans, Scandinavians, …Among the names often mentioned as possible winners, AFP also mentions the American author by Thomas Pynchon and Don DeLillo. “Great American postmodern novels have not yet been awarded,” noted literary critic at Dagens Nyheter Jonas Thente.

They are among the favorites Jon Fosse and Karl Ove Knausgaard from Norway, which could bring the award back to Scandinavia more than a decade after it was won by a Swedish poet Tomas Tranströmer.

The critic of the regional daily Goteborgs-Posten, Maria Hymna Ramnehill, expressed her hope that a French-Moroccan writer would receive the award. Tahar Ben Jelloun or a Croatian author Dubravka Ugrešić. As she said, both in their works explore identity in connection with nationalism and gender in different ways.

Authors who do not write in English and who are not European remain in the backgroundThe Literary Hub portal also published a list of some of the writers from around the world who would deserve the most prestigious literary award, to illustrate how rich and diverse the literary landscape available to the commission is.

The Syrian poet was ranked first Adonis, who “should probably have received the award by now”. A Hungarian author was also included in the list Lazla Krasznahorkaiaa Kurdish-Syrian writer Salim Barakat and a Kenyan writer Ngugi Wa’ Thiong’awho used to write in English, but then switched to his own language, Kikuyu.

A writer from the USA was mentioned as a possible candidate Gabrielle Lutzfrom Canada Anna Carson. Among the names, they also mention a representative of Caribbean literature Maryse Condewho received the alternative Nobel Prize for Literature in 2018, when the Swedish Academy did not award the prize due to a scandal.

As the portal also notes, statistical data on the Nobel laureates of the last few years show that four of the last six laureates write in English, while the other non-English writers are European. With this, it seems that the academy, in the era of cultural globalization, when even the English-speaking world is slowly opening up to popular culture that is not in this language, is trying to maintain its relevance by pleasing the English-speaking literary community.

Previous article
On Monday, 3,981 infections were confirmed
Next article
Saudi Arabia and the Winter Games? Yes, it will host the Asian Games in 2029.