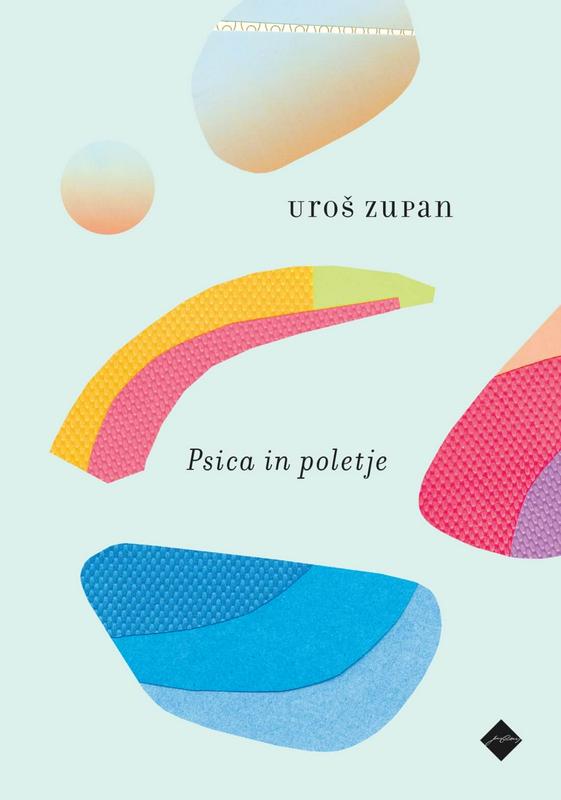 Uroš Zupan’s collection of poems Psic in summer begins with a passage by Handke, and many other poems in this collection also begin with quotations from classics of the Western canon.

The passages thus become a kind of motes that direct what will follow, and thus from the beginning we sense that the main themes will be passing and art as a supreme attempt to make sense of and perpetuate passing. Or in Zupan’s words: “We are constantly traveling towards the present. We leave behind antique shops crammed to the ceiling, bright days, pressed between sheets of paper like dried plants in herbariums, and dark ones, sometimes knocking on the lids from the inside of coffins with bony knuckles.” But it seems that from under this declarative possibility, anxiety is constantly forcing us, reminding us that this remains only an attempt.

Art is not only an attempt to stop the passage of time, but also a hymn to the worldly: human relations, animals, nature. The question arises whether the greatest happiness is not to completely merge with the world, so that any distance between it and us disappears. Uroš Zupan attributes this to his dog: “And sometimes you rest in the shade, under a tree, surrounded by a world that is completely motionless just for you (and maybe a little for me too).“

The title Dog and Summer suggests the immobility and presence in the here and now that appear throughout the collection: “If there is a heaven, then it is probably like this: mid-June, evening, a lonely man, for an infinite moment at peace with himself and the world.“

The poems dedicated to summer are correspondingly verbose and extensive, while those about winter are reminiscent of haiku. Neither the peak of summer, which is also the peak of life, nor life can be seized: “You are like a creature that has finally found its element and merged with it. And so the afternoon passes. It’s high summer. And life passes.” But man remains a creature born to die. The search for happiness in this world is marked by an inevitable end that gives measure to all life.

The content of the collection Dog and Summer consistently reflects the author’s admiration for nature as the absence of awareness of the passing of time on the one hand, and poetry as the purest expression of this awareness on the other. On the design level, the poems are diverse, some are short impressions, and there are also poems in prose. Despite the pile of intertextual links and the poet’s encyclopedic knowledge, the language is clear and understandable. “As understandable as the flight of birds” writes the author, because “All hidden meaning detectives frolic in the sun“.

Uroš Zupan finds interlocutors in the classics of literature and music of the twentieth century. Many songs are entirely dedicated to them. But when he talks about them, he also talks about himself. Some songs seem to float in timelessness, while in others the social context is clearly present. The author is increasingly haunted by passing: “Now time is made up of accelerations themselves and subject to constant contraction, and I don’t know how much time I have left.” Poetry is the only one that “brings instant salvations and in moments, when we read it with great concentration, it saves us for a moment.“

Previous article
Depeche Mode is on tour again after more than five years, they will also stop in Zagreb
Next article
‘How do you put it on me’: Joke about Cristian de la Fuente dislocating Rafael Araneda live