Removal of Soviet statues: the last statue of Lenin removed in Finland 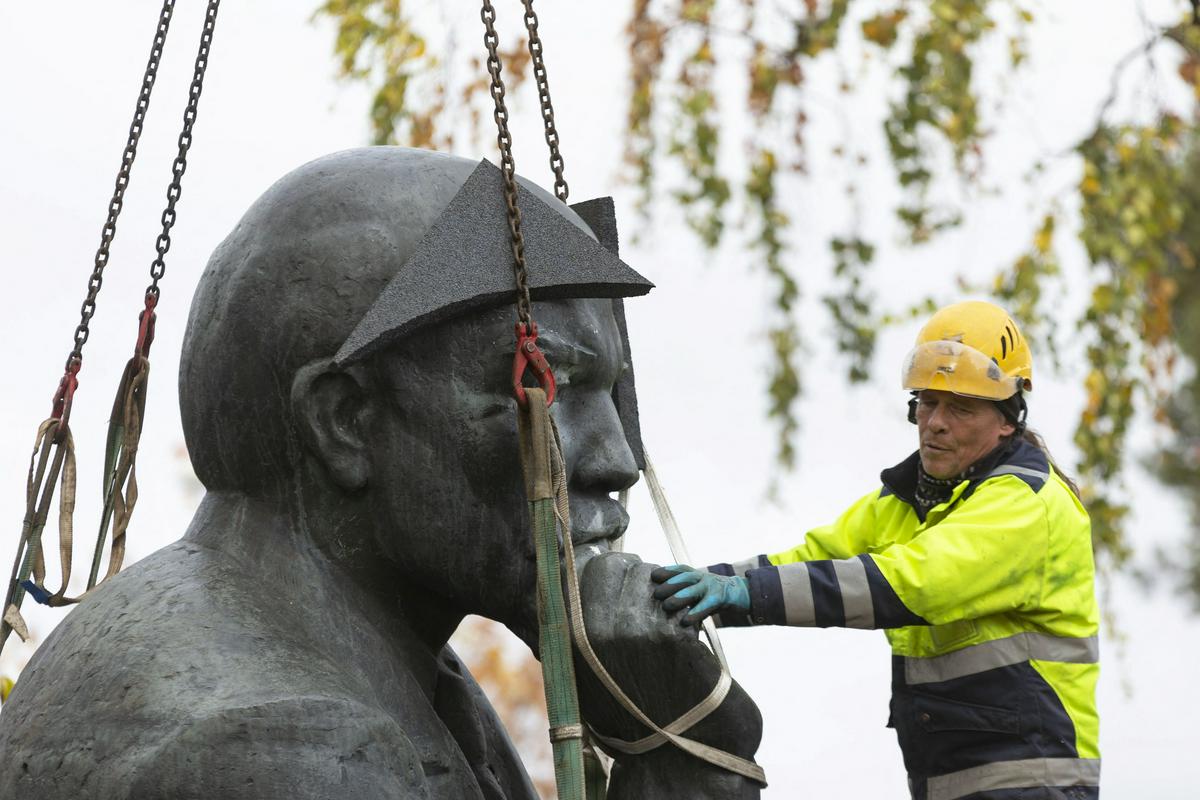 The statue was commissioned from Moscow in the late 1970s

In the city of Kotka in the south-east of Finland, the last statue of the Russian revolutionary leader Vladimir Lenin was removed from the country’s public space, which the city authorities decided to do after pressure from the local residents due to the Russian attack in Ukraine.

A group of construction workers in this port city of 52,000 inhabitants, which lies near the border with Russia, loaded the statue onto a truck with a stretcher and took it to the warehouse of the local museum, according to the Associated Press (AP).

Formerly a common practice in MoscowDirector of the city museum Kirsi Niku told the Finnish public broadcaster YLE that the bronze bust was designed and made by an Estonian sculptor in the late 1970s on an order from Moscow Matt Varik. In 1979, the creation was presented to the citizens of Kotka as a gift from the sister city of Tallinn, then the capital of the Estonian Soviet Socialist Republic and now the capital of the Republic of Estonia.

The installation of such statues was otherwise a common practice in Moscow, especially in the 1970s and 1980s, to emphasize Finnish-Soviet friendship in the period after World War II.

Next to the wooden house in which Lenin is said to have lived during his exileThe statue of Lenin in question stood in the city’s central park next to the wooden house in which this founder of the Bolshevik Party, who became the first prime minister of the Soviet Union, was said to have once lived. The statue was vandalized several times over the years, but remained in the park until Kotka City Council decided to remove it. Some other European countries, or their local authorities, have also decided to remove monuments from the Soviet era after Russia’s attack on Ukraine in recent months.

Finland and Russia share a 1,340-kilometer long land border, and their history is quite complicated. Finland As an autonomous Grand Duchy of Finland, it remained part of the Russian Empire for more than a century, until December 6, 1917, when it declared independence after the Russian Revolution led by Lenin.

Lenin and Stalin met for the first time in FinlandLenin and the Bolshevik leadership recognized the independence of Finland on the last day of 1917. Before the Russian Revolution, Lenin was exiled several times to Finnish soil, where he then lived in several cities in the southern part of the country. In the Finnish industrial and university city of Tampere in the south of the country, the Lenin Museum still operates. It was in this city that Lenin and the future Soviet dictator met for the first time in 1905 during a meeting there of the Bolshevik leaders. Joseph Stalin.