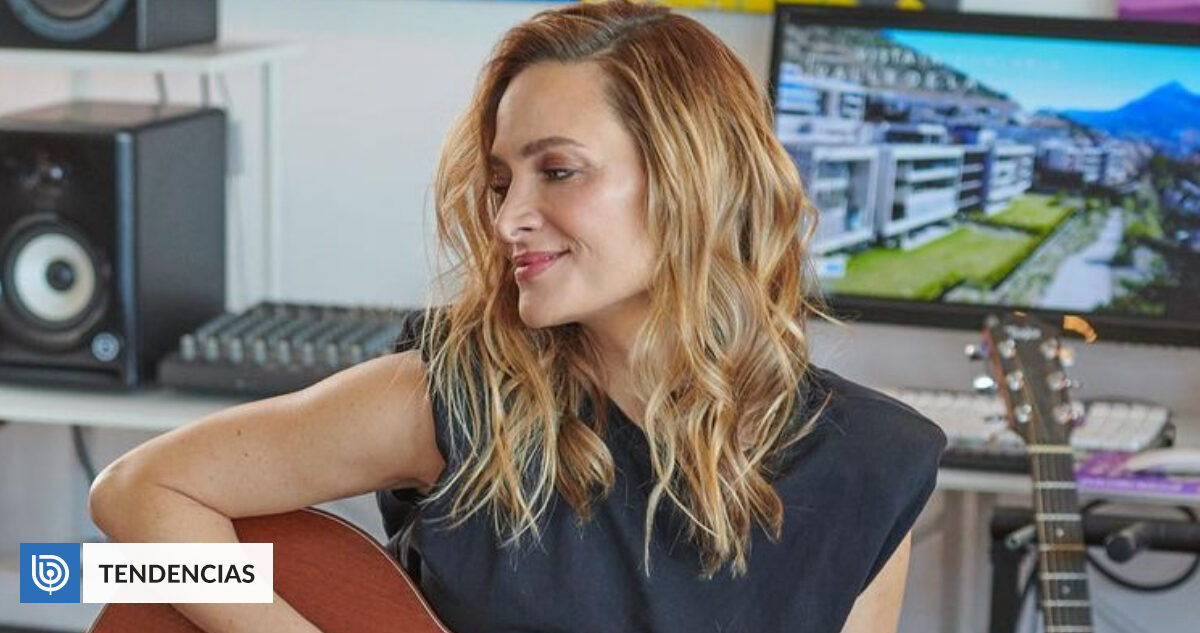 Singer Nicole addressed the controversy she starred in when her husband, Sergio Lagos, filed a paternity lawsuit in 2017.

in a magazine interview SaraChilean singer Nicole recalled one of the most difficult moments she had with her husband, Sergio Lagos. He received a paternity lawsuit against him in 2017.

At that moment, in addition to the lawsuit, Media coverage brought his entire family into the public eye.

So, recalling that moment, the singer assured:It was so difficult, so complicated, so sad But I also realized that when love is real and wonderful, people can forgive and fight for it. ”

The singer was also consulted on whether to forgive Lagos, which she accepted. I felt that I was a grown-up person on the inside as well. And I believe in love

“I don’t think we’ll ever meet in life many of the people with whom we are truly connected. I also believe that people are not perfect and mistakes do not define you as a person. We each have our own visions and decisions depending on what we’re going through,” he reflected.

As to why she decided to stay married, the artist affirmed, “There is no way out in such a complicated situation. There is not only one way.”

“It was hard on an individual level, on a couple level, plus it was a complex issue, not a complex one on a family level. People spoke out against me as well as against my children was what complicated me the most in terms of exposure,” he recalled.

Of that exposure, Nicole said, “People talk a lot without knowing the details, but the risk that children may approach situations they don’t understand creates learning. It made our couple stronger and made us who we are after all these years. ” .

The authors were also consulted on how the settlement was handled. “It’s not that simple. It’s not negotiation. It’s much deeper and each couple has different ways to resolve it (the crisis). But it definitely didn’t feel like negotiation.” It is love that reigns, a deep commitment that exists. ” Said.

“absolutely I fought for that love for years And to understand that we have such a deep bond,” he added, assuring after that episode, “I had to open up my heart, my home, everything.” did.

In November 2017, entertainer and singer Sergio Lagos was sued by a friend for paternity. Both had an intimate encounter that resulted in her becoming pregnant in 2011. In May of that year, Lagos and the boy had his DNA tested to confirm the journalist’s paternity. It turned out to be positive.

Previous article
Borrell: The EU is examining the possibility of sanctions against Iran due to the suppression of protests
Next article
Kim Kardashian fined for ‘illegally promoting cryptocurrency’: pay $1.26 million