“A master was a master”: 110 years have passed since Bojan Adamič was born 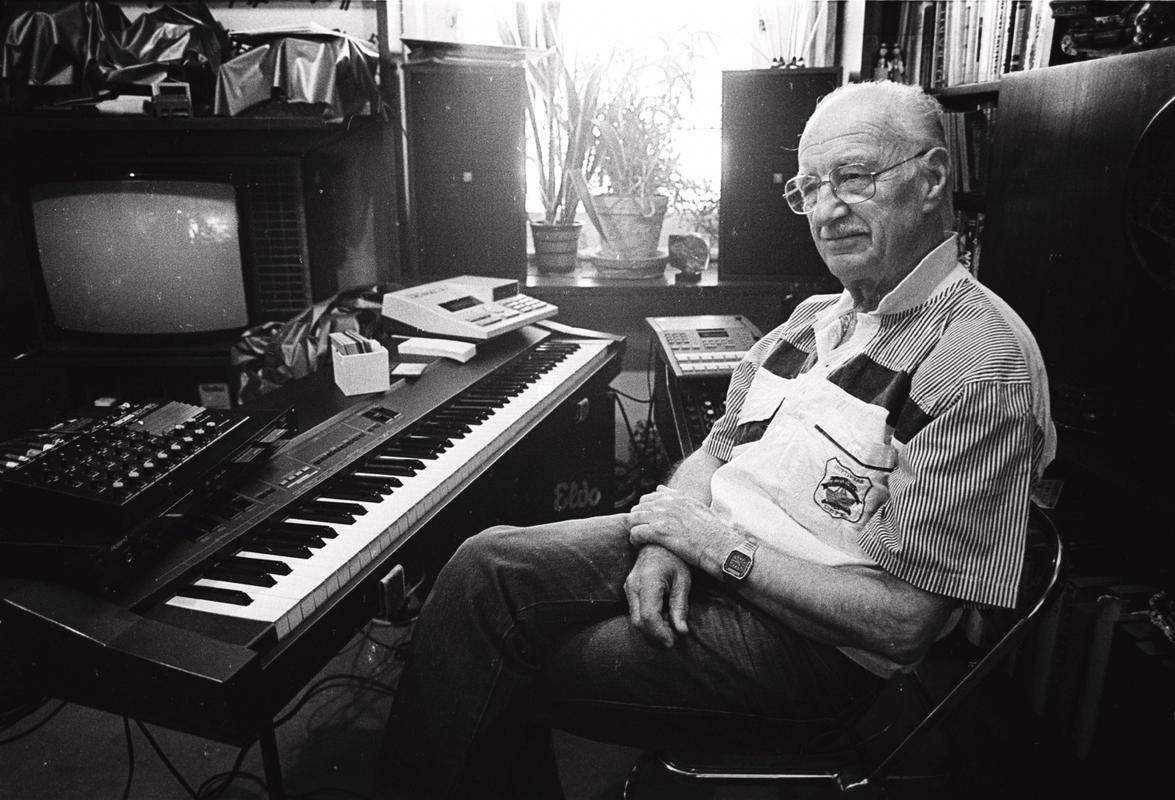 “A master was a master; a master who extended his knowledge to all possible musical fields, and it was his breadth and perseverance, as well as courage, that put him on the pedestal of Slovenian musical creativity.”

Thus the meaning and legacy of the composer Bojan Adamič words of the music editor at Radio Slovenia and the author of the cycle dedicated to musicians, Alja Kramar.

It is part of the broadcast on the First Program of Radio Slovenia 41 degrees of heat since yesterday, a cycle of shows about the composer, conductor and pianist Adamič has been on the schedule. To the master who was born 110 years ago.

On The first program of Radio Slovenia they regularly keep the masters of Slovenian popular music and jazz in their memory, both with documentary shows, as well as with songs from the radio archive and with concerts in collaboration with the Big Band of RTV Slovenia. This time, the cycle of documentary shows is dedicated to the composer Bojan Adamič and his creative work. They will host interesting guests in the studio: a daughter Alenko Adamiča singer Gabi Novakfolk music editor Simono Molicnikthe director Aleš Janaa poet Ervin Fritza film connoisseur The myth of Reichenbergjazz editor Hugo Šekoranja and others that will shed light on individual areas of Adamic’s creation. In selected shows, the master’s precious recordings from the radio archive will be broadcast, including a conversation between Bojan Adamič and Marko Breclje about the album Cocktail, Adamic’s thoughts on Slovenian folk music and stage music. Master’s music will naturally be the common thread of all shows.

“Bojan Adamič’s musical legacy is extraordinary. He wrote jazz music, music for wind orchestras, symphonic works, songs, chansons, music for radio plays and theater, film music… To sum up, he wrote music of almost all genres present at the time. And he didn’t work only in Slovenia, but he traveled almost half of Europe and some of the world, and if he had been born somewhere else, he probably would have experienced worldwide success.” says the music editor and author of the cycle Alja Kramar and adds:

“The master was the master; a master who extended his knowledge to all possible musical fields, and it was his breadth and perseverance, as well as courage, that put him on the pedestal of Slovenian musical creativity. Although his audacity has put him in a difficult position more than once, he is not gave up and devoted himself wholeheartedly to the exploration of new forms of expression. Therefore, we can say without hesitation that Bojan Adamič is still considered one of the most versatile composers today.”

Bojan Adamič was already working with various bands before the war; in 1934 he founded his first ensemble, which was later renamed the Bojan Adamič Orchestra, he led the Broadway student orchestra, and during the war he led the band at the headquarters. After returning from the army, he began looking for members of his previous bands and founded an orchestra, which was not initially received with great enthusiasm by the management of the Radio. He named it Radio Ljubljana Dance Orchestra. It had its first performance on June 27, 1945, at the reopening of the Postojna Cave, and in the fall of the same year, the orchestra officially became part of Radio Ljubljana.

After a few years of Bojan Adamič’s work and his leadership of the Dance Orchestra, the pursuit of jazz ended. The orchestra had already progressed a lot by then, and there were more and more professional musicians. Slovene entertainment music also began to develop with Adamič; chant and chanson flourished. It was he who brought to the orchestra Jelko Cvetežar, Beti Jurkovič, Gabi Novak, Marjana Deržaj and Majdo Sepe.

In almost twenty years of artistic management and creation for a jazz orchestra, Bojan Adamič had a decisive influence not only on the development of the Dance Orchestra, but also on the development of Slovenian jazz and popular music. In 1961, the orchestra was taken over by Jože Privšek, and Bojan Adamič was employed as the head of Music Production and devoted himself more to creating music for films (he wrote music for around 200 films) and other musical genres, where he also left an indelible mark.

You can listen to the first show from the cycle below.

Moscow: The Union is thereby endangering its energy securityEU members have agreed on the introduction of a price cap for the oil that Russia...
Previous article
Credit Suisse as Lehman? The assessment is probably exaggerated.
Next article
His father wanted him to play for Slovenia, but he made him happy by transferring to Olimpija