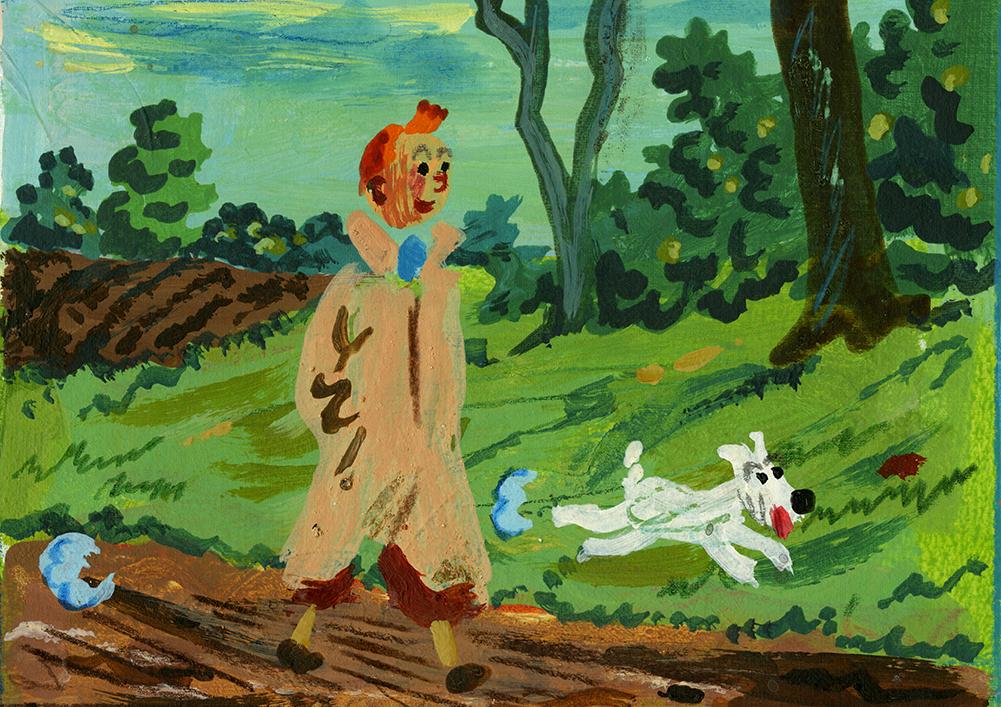 In the Equrn Gallery, the infamous Brecht Evens

This year’s Tinta is opened by Dick Tracy and Tintin. In fact, the famous characters of the Belgian comic book classic Herge are just the starting point, with which the artist Atak shows the role they both played in his work at the exhibition in the Slovenian Ethnographic Museum.

Versatile German visual artist Attack is one of the better-sounding names of this year’s international festival Ink, which opens its doors in Ljubljana today. In addition to him, the focus is on a rising star of Swedish comics Moa Romanova and renowned independent comic book publisher kuš! from Latvia. The American comic master is also coming as a guest Peter Cooperwhich is well known to Slovenian readers, as three of his comic book adaptations of literary classics are available in translation.

As we were already spoiled in October, Tinta presents and celebrates the wealth of expressions of contemporary comic creativity at various venues in the capital and presents renowned domestic and international comic artists – from talented young people to the biggest names in world comics.

Today at 19:00 the event introduces the opening of the said exhibition Attack: Fan art. How to be a detective? in the Slovenian Ethnographic Museum. The exhibition is therefore dedicated to comic book characters that played an important role in Atak’s artistic direction.

Includes original works, archival material and fan art. It is a varied collection of anonymous works by fans of Tintin and Dick Tracy, which Atak acquired from different parts of the world. On display will be a large number of Atak’s remakes of comic stories and publication covers, as well as the originals by Chester Gould from Atak’s personal collection.

The Year of Slips, an autobiographical comic about a twenty-year-old woman’s confrontation with herself and the worldThe opening night will continue at 8:30 p.m. in the Zorica bar, where the Swedish comic Moa Romanova will present herself with her high-profile debut A year of slips. In the work, which has just been translated into Slovenian, he uncompromisingly conveys the intimate feelings, adventures and questions of his generation.

On Thursday, the international group exhibition Back to Nature, prepared by the comics publishing house Kuš!, will be opened in DobraVaga. from Latvia. Artists of the younger generation – a Latvian comic artist and illustrator – will be presented in the gallery with smaller solo exhibitions. Vivianna Maria Stanislavskaalso this year’s resident artist of the Tinta festival, and a Slovenian visual artist and illustrator Nuka Horvat.

A colorful parody of the art worldOn Friday, the Litostrip exhibition of one of the boldest representatives of original comics in Europe, the Belgian, will open in the Equrn Gallery Brecht Evens. At the festival, he is also presenting a fresh Slovenian translation of his comic The Village Artist, a humorously colorful parody of the art world. He is joined by a colorful team of local comics with humorous group comics inspired by the author’s oeuvre.

Saturday also in the sign of Peter KuperAt the invitation of Stripburger, Peter Kuper is also coming as a guest at Tinto, with whom they will talk on Saturday at Kino Šiška. The festival will conclude on Sunday with a storytelling event and a workshop for children at Vodnik’s homestead.

On Saturday, the traditional comics fairIn addition to the exhibitions, the festival offers a diverse range of other events – talks, workshops and master classes with local and foreign authors, a program for children, a comic book auction and the traditional Saturday comic book fair in the Šiška Cinema, which every year offers a selection of local comic book publishers, comic shops and sellers of second-hand classics attracts a diverse audience and concludes with the Goldsmith Awards for the year’s best original and translation comic releases.

This year, the Tinta Festival is also hosting an exhibition at the Simulaker Gallery in Novi Mesto Minimunduswhich is named after Stripburger’s book collection of the same name, dedicated to domestic comic book creativity for children.

The producer of the festival is the Urban Culture Center Kina Šiška, the co-producers are the Strippolis Institute and Stripburger/Forum Ljubljana.