“The financing of Slovenian films was first a drama, in 2020 a tragedy, but today it is absurd” 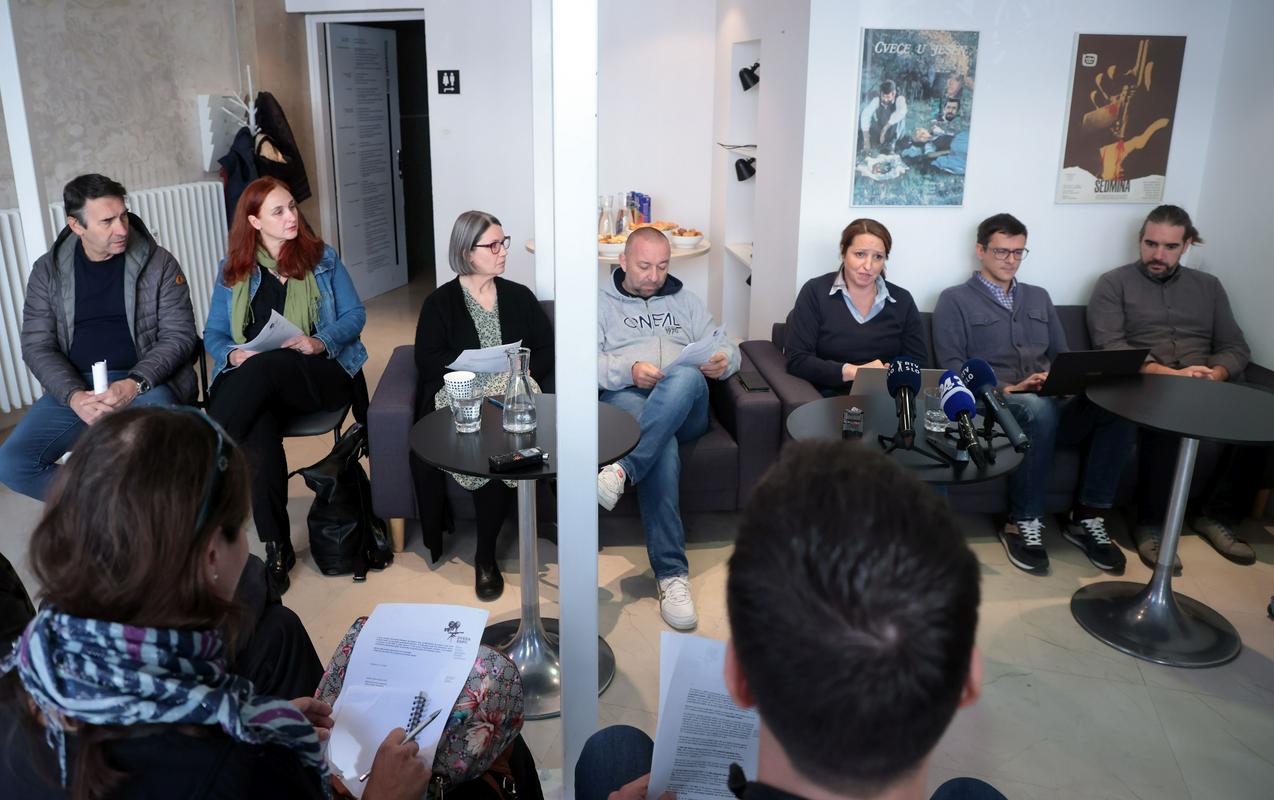 Filmmakers dissatisfied with the budget, reminded of the promised 11 million

Representatives of the film and audiovisual industry, united in the Association of Slovene Filmmakers, expressed their dissatisfaction with the new budget for 2023, which will otherwise bring film more than 3.5 million more funds than expected.

According to their calculations, the figure is lower and, in total, still insufficient to regulate the sector.

“Success” for SFC, insufficient for film workersWith today’s press conference, they responded to the statements of the Ministry of Culture, which at the end of September, when the government approved the proposal for changes to the state budget for 2023, defined the budget for the film as the highest in the last 12 years. For the Slovenian Film Center (SFC), approx 7.65 million euroswhich, according to the Ministry, is more than 3.5 million more than the originally planned budget for next year.

As calculated in the association, the SFC, which has 6.3 million euros at its disposal this year, will receive 1.3 million euros more funds. At the same time, they also rejected statements that the budget for the film next year will be a record, since according to their data, it was the highest in 2011 at 8.56 million euros.

Higher GDP but lower film funding than elsewhere in the regionAccording to the president of the association of film producers Petre Vidmar these figures show that the film sector will have even less resources than ten years ago, so they do not expect to improve with such a budget. According to her, the programming funds for the film are still below the operating threshold, despite promises that they will gradually increase to 11 million euros by 2018.That didn’t happen, and we never got close to 11 million programming credits for the film.” she emphasized.

Vice President of the Association of AV Producers Tomi Matic gave a comparison that the Croatian film center is approaching 14 million, in Serbia this figure is 16 million, and in Macedonia eight million euros. “What we expect is not something out of the box, but the fact is that our GDP is by far the highest of these countries and we are in the last place in financing the AV activity and the film industry,” Matic said.

A study by Deloitte on state support and the economic and fiscal effects of the AV industry in Slovenia estimated for 2018 that the industry, which includes the production of spots, advertisements, series and films, generated EUR 200 million in revenue, of which EUR 40 million in tax for country. Therefore, according to Petra Vidmar, we would expect the state to recognize its value and invest at least a quarter of this amount back into people.

The budget for next year does not show this ambition, according to the words Matija Sturm from the animated film association, this also shows a lack of understanding of the sector and its needs. In his opinion, it also shows the absence of political will to organize financing in the amount of at least 11 million euros per year, which was also called for by the competent committee in the DZ.

The ministry and the government are expected to provide the promised 11 million euros for the film in 2023 and 2024, and the amount would then increase proportionally according to the income generated by the Slovenian AV.