Ukrainian designers tell the story of their compatriots on the catwalk 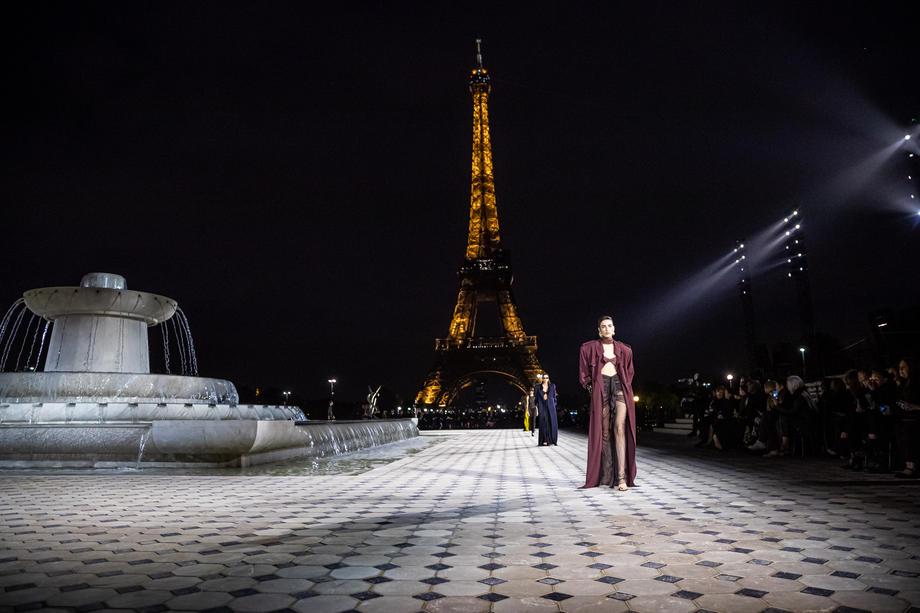 Jen Sidary took many Ukrainian designers under her wing in order to help the attacked country.

Ukrainian fashion designers tell the story of war through their creations. With the help of events such as Paris Fashion Week and individuals who emphasize the work of Ukrainian creators, their visibility is growing, and with it, the voice of their compatriots in their homeland.

He is also among the designers who got the chance at the fashion week in Paris Iryna Kokhana, who sees an opportunity to draw attention not only to his own brand but also to the resilience of his country. “Each of us is fighting, I want to show the inflexibility of our people, our talent and ability to create even during war, when everything is falling apart,” she said.

When Russia attacked in February, she was rushing to New York Fashion Week, while her employees and family were still in Ukraine. “My sister sent me videos and pictures of people running in the streets, it was scary,” she said, adding that the banks were not working, and the queues in front of the ATMs were immeasurably long. When it was worst, she sent money to her compatriots from abroad: “I wanted to help everyone.”

The workers returned to Lviv

She described the situation of compatriots who remained in Ukraine during the first five days of the war as a struggle for survival, where the simplest processes were complicated: “To get money, a ticket or a car to get somewhere.”

Her workshop in Lviv near the Polish border, where the Chereshnivska brand grows, closed for a few months, and she decided to stay in London, where she already knew a few people. In the meantime, some employees have already returned to Ukraine, and the workshop is operating again. “Some people decided they couldn’t stay abroad any longer, so they started coming back,” she said, adding that some could not come to terms with life abroad after being expelled from their country.

Worked despite the war

Kokhana runs the company from Great Britain and has also re-established her website. Her creations, like the works of other Ukrainian designers, are promoted by the American fashion strategist Jen Sidary. “Thanks to Jen, the magazine in New York and the one in Paris, we get immediate attention,” said Kokhana, adding that it is extraordinary to represent in Paris with all the giants of the fashion industry.

Some designers already consider the show of the Ukrainian designer as a cultural victory, her compatriot and designer Frolov however, he went one step further, as he created his collection with the help of the incredible work of the team in Kiev, despite the war.

She discovered that there is a lot of talent in Ukraine

Jen Sidary took many Ukrainian designers under her wing in order to help the attacked country, and she herself said that she “I never thought she would do that.In April, she hosted the show Angel For Fashion, where she highlighted some of the best Ukrainian designers.

The former director of sales at Vivienne Westwood America has a special bond with the country, having bought a one-way ticket to Kyiv before the war after a friend invited her to visit during the pandemic: “My family and friends thought I was mixing, but when I discovered Ukrainian fashion, I was already there with one foot.”

She also said that despite her thirty-year career in fashion, she never dreamed that there was so much design talent in Ukraine. At first she wanted to promote only Ukrainian fashion, but then the war broke out. The desire became a mission. All the best fashion designers in the country are presented on its website, and as many as 70 are waiting for their place.

Previous article
Euroleague with four Slovenian representatives; Turks on the hunt for Jugoplasty
Next article
Biden and DeSantis put political differences aside in their efforts to rebuild Florida