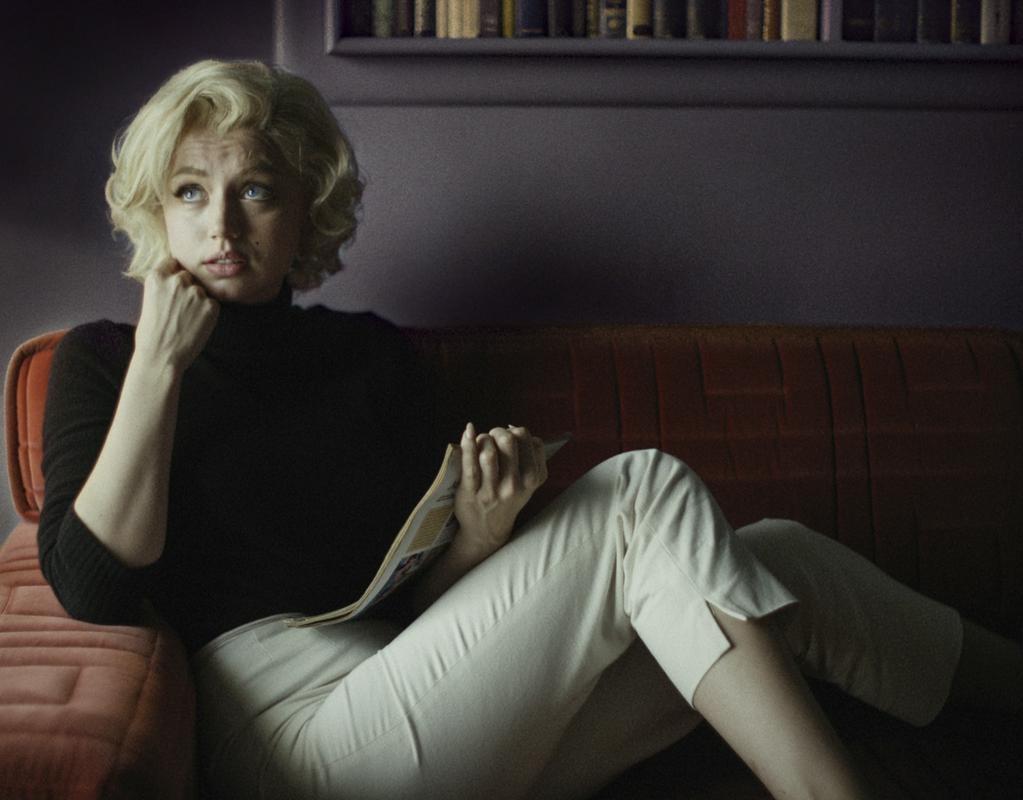 If we had to define the “male gaze” in cinema, Blondinka can serve as a textbook example. The film forces the viewer into a morally controversial, voyeuristic delight over the rapes, fights and humiliations that Hollywood inflicted on its ultimate sex symbol.

We laughed when Netflix added a cheesy Broadway musical about Princess Diana to its catalog last year — but it was actually a warning sign: the company wants its share of the pie of the myth of tragic pop culture icons. Now we have a new “fallen woman”, Blondethe long-awaited adaptation of the great novel of the same name Joyce Carol Oates. But if the novel is a stylized narrative in which the identity of Marilyn Monroe is shrouded in the mystery of the “blonde actress” and only hinted at, but never explicitly stated, the film is Andrew Dominic he cannot afford such subtlety. What they both have in common is that they don’t even attempt to be linear, biographical narratives, rather a fictionalized portrait of the inner life of a deeply unhappy woman. Dominikova Blonde is probably also a condemnation of the star culture that chewed Marilyn Monroe up and spit it out, but the scenes of tabloid covers, paparazzi and hysterical fans sound completely empty and one-dimensional. The Hollywood machinery is cruel, the audience is capricious and malicious, and fame brings with it a sense of depersonalization (“She’s beautiful, but she….isn’t me”) are the only generalizations the film is capable of.

If the novel at least partly opens up space for the first-person voice of the central character, the film does not hide its focus: we got an almost three-hour passion, a quasi-artistic documentation of the torture and abuse of “poor Norma Jeane”. Andrew Dominik, born Australian, likes to deconstruct American myths in his films (Jesse James and the cowardly Robert Ford), and it seemed that the subject was written on his skin – but what if he is interested in Marilyn only and only as a myth, as a schematic illustration of the rise and especially the fall, but not as an actual person. From this “original sin” originates all justified accusations of exploitation, which cannot be masked even by “artistic techniques” such as changes in the aspect ratio of the image or the occasional transfer to black and white photography. Netflix obviously telegraphs that we’re watching the easiest way with a black and white movie Seriously Art.

The chronology of the story is only loosely sketched, illustrating the malleability of time, shaped through the prism of memory and emotion. The expressionism escalates until the scene in which Marilyn hides like a wounded, haunted animal under the sheets in bed, terrorized to death by the intruders she senses in her home. This nightmare excerpt is an illustration of both Marilyn’s prey status and the breakdown of her mental health, and is arguably the film’s pivotal scene.

Well, Marilyn Monroe’s artistic achievements, on the other hand, are not Dominic’s focus. The film recreates several anthology pop culture moments in detail (choreography v Gentlemen prefer blondesa scene above a subway grate in Seven years of scraps(Adrien Brody), we can only conclude from his reactions.

At several moments, Marilyn unsuccessfully tries to get into a discussion about Dostoevsky or Chekhov, but no one takes her seriously; what’s more, they are surprised that this guy reads at all. How could Dominik overlook the irony of his own actions? It engages in cheap, instant pop psychology rather than at least hinting at Marilyn’s lucidity: her slightly mannerist acting style was a default affectation, a strategy that hypnotized the audiences of her time.

Blames for all-round defeatism Blondes we can’t push it Ana de Armas, who is a solid actress, but her identification with Marilyn Monroe begins and ends with platinum curls and a slightly breathy voice. Madonna’s Marilyn impersonation in the video for Material Girl had about as much depth.

There is no sense of humor, human warmth or intelligence anywhere – the movie Marilyn is a lost girl who wanders from relationship to relationship, which bring her only humiliation and suffering. The whole premise of the film is that you should put yourself in the shoes of a “tragic heroine”, but in the hands of the filmmakers, De Armas is mainly, sorry for the objectification, a prop for constant unnecessary nudity and torturous, explicit scenes of sexual abuse. What exactly is the film trying to convey with the scene in which Marilyn climaxes with her lovers pleasuring her in a movie theater while she watches a magnified, tearful version of herself on the big screen?

The theme of abandonment and loneliness begins in the earliest childhood: little Normo Jeane (Lily Fisher) is Gladys’ mother (Julianne Nicholson) regaled her with stories about an absent but brilliant father, and then almost killed her child and ended up in a psychiatric institution due to schizophrenia; the girl thus grew up in an orphanage. These opening scenes alone establish a desperate leitmotif “oh, if only I had a father”, which colors the tone of the entire narrative: “daddy” will, as they say, look in all the wrong places, because Every Baby Needs a Da-Da-Daddy, as she herself once sang. Her marriages to baseball player Joe DiMaggio and playwright Arthur Miller are depicted only rudimentarily, and the actress’s struggles after motherhood are downright vulgar. With scenes in which the unborn, desperately computer-animated fetus begs her not to “she kills like she did last time”one only has to give credit to Planned Parenthood, which is Blonde condemned for stigmatizing abortion.

Blonde is, in a way, a counterbalance to the generic biographies of the guy Bohemian Rhapsody or Rocket Manwhich either distract from unpleasant moments or turn them into a moralizing lesson – what’s more, it takes the fetishization that these films practice at will.

But that doesn’t mean it’s an artistic intention Blondes sincere. She tries to break the glamorous image of the movie diva and show that Hollywood has commodified and commercialized its brightest star until there is nothing left of her. But by denying any humanity and substance to Marilyn Monroe, she’s actually only potentiating what she’s supposed to be exposing: the titular heroine Blondes it is, to put it extremely crudely, a piece of meat that is exploited literally by the predators in the industry, and by the audience in the form of a spectacle. She is reduced to a collection of humiliations and failures, without any consideration of her successes and talent. Since the author does not find – and does not even look for – any other Marilyn than the Marilyn-victim, it is appropriate to ask why Blonde formed at all.

After all, Monroe, as Dominik himself put it in a recent interview with the British Film Institute, was just “the star of a whole bunch of movies that nobody watches anymore”. It is clear that it is not necessary for the filmmaker to feel affection for his subject, but it would probably be necessary for him to be at least interested? The fact that the title of the film is not Marilyn is probably symbolic, but… (sort of) blonde.