In many ways, groundbreaking collections competing for the Jenka Prize 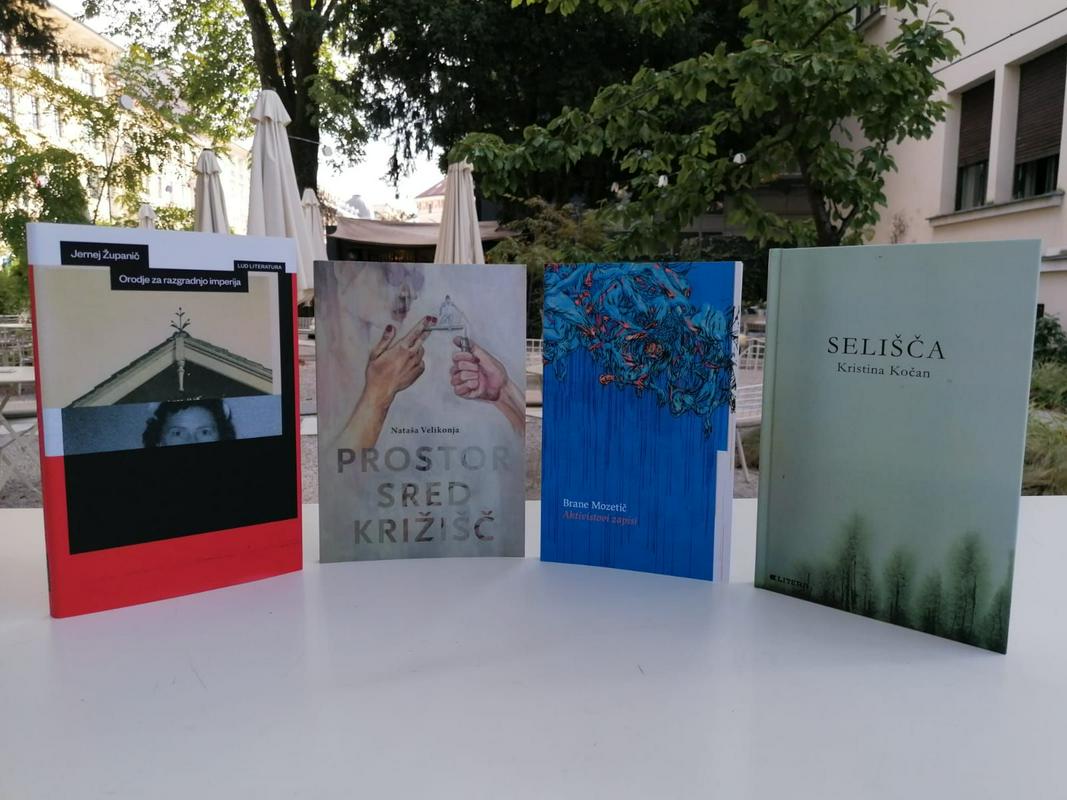 The nominees for the Jenko Award are known

The collections of Brane Mozetič, Jernej Županič, Nataša Velikonje and Kristina Kočan are nominated for the Jenka Award, which is awarded by the Slovenian Writers’ Association for the best poetry collection of the year. According to the jury, the nominated works are groundbreaking in many ways.

Mozetič competes for the Jenka Prize with a collection Activist’s Noteswhich was published by Škucu, Županič z The tools to dismantle an empire (LUD Literature), Nataša Velikonja with a collection Space in the middle of intersections (Škuc) and Kristina Kočan with the collection Migrations (Liters). The winner will be announced at the award ceremony on October 27 in Kranj.

The jury is composed of nominated collections Alja Adam as president and Franci Novak, Klarisa Jovanović, Ivan Dobnik and Nina Dragicevic selected from approximately 150 poetry collections. They decided on them because they are outstanding and surpassing, says Dobnik. According to him, each nominated collection is special, powerful and groundbreaking both for the authors themselves and in some cases for poetry itself.

Through waking lifeIf Mozetič led the reader into dreams with his previous collection Dreams in Another Language, this time he guides the reader through waking life. In it, he remembers the medicalization of homosexuals, the homophobic attack he experienced in 2001 in Ljubljana, and “another and another”. Every time, life just kind of goes on as if nothing happened. The complexity, the complexity of this collection lies in the author’s conclusion, “how easily intolerance and violence, which carry enormous weight and complexity, are (re)produced and absorbed into life”, the jury decided.

A lucid poetic project that shows the fragile nature of our constructionsRegarding Županica’s collection, the jury wrote that the author does not seek the solace of some pre-prepared and offered meaning in it. His poems indirectly address human destructiveness, the use and abuse of the environment and non-human beings that “to a considerable extent also happens through the use and abuse of language”. According to the jury, his bold, fresh and lucid poetic project resists all definitions and pushes the reader to the edge of the world, plane and language, so that he can look back and see the fragile nature of our constructions from afar.

Searching for love The space in the middle of the intersections is a rounded and thoughtfully constructed poetry collection of Nataša Velikonja. It consists of seven content sections, in which the poet placed the search for love in the foreground. The lyrical subject puts his vulnerability in the foreground, he also talks about sadness. But it is the ability to deal uncompromisingly with one’s own internal events, pain and emptiness, according to the jury, that opens the field for the creation of something new, for change. In the second part of the collection, poems express the will to live, the desire to find the beautiful.

The complex poetic atmosphere of SeliščeIn her fifth collection of poetry, Kristina Kočan creates a complex poetic atmosphere in both form and content, where intense speech with no punctuation and a composition of enjambments stand out, which gives the entire collection freshness, fluidity, compactness and determines its multifaceted content. The intense elements of nature, love, motherhood and the search for a place of settlement stand out, according to the jury.

As DSP president Dušan Merc emphasized when announcing the nominees, it is the most important award given by the association, as it is a recognition among the members themselves. It will be awarded as part of the traditional days dedicated to Simon Jenko, which will begin on October 18 in Kranj.

The ten-day program was presented by the president of the Cultural Association Simona Jenka – Šmonac from Mavčič Rudi Zevnik and director of the Institute for Tourism and Culture of Kranj Klemen Malovrh. The program brings performances Andrej Rozman – RosesKnocks and Anje Zag Golob and Dear Ivanuše. They are also preparing a hike along the Jepre teacher’s Learning Path.

Prediction of the opening matches of the round of 16 of this year's WC in QatarThe group stage of this year's World Cup is...
Previous article
From the movie: Flying taxi makes first test with crew in Italy, launch is set
Next article
Jorge Sampaoli’s return to Sevilla officially announced: they revealed their ‘flashy’ return request