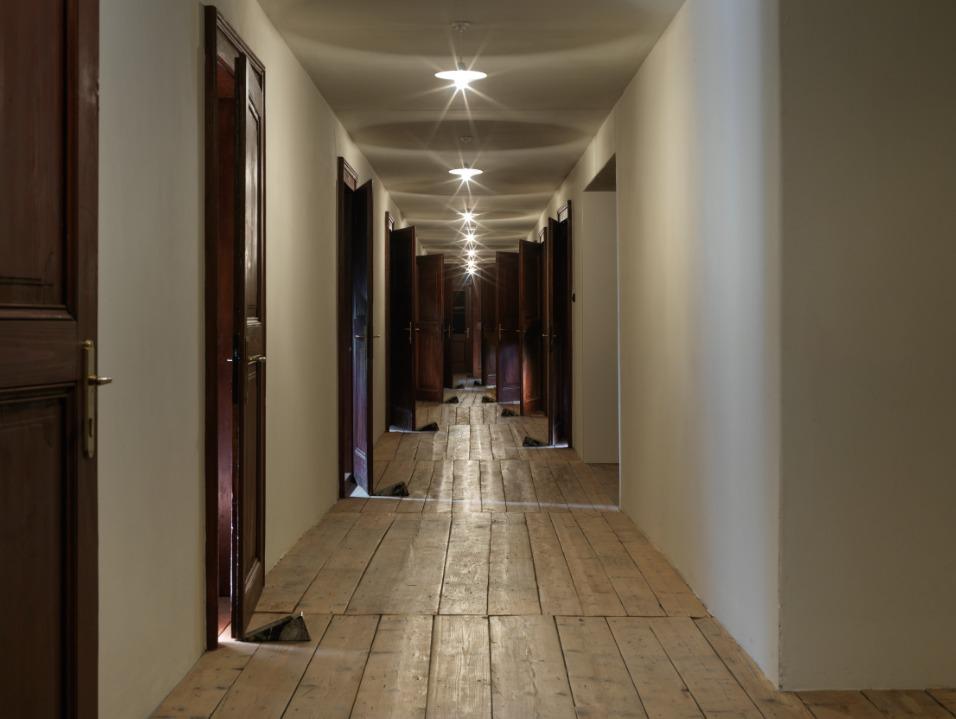 Ivan Cankar began writing his socially critical essay The White Chrysanthemum during his stay in Switzerland. The archives do not record which room he actually stayed in, but Ištvan Išt Huzjan is trying to find the answer to this question with an artistic project.

In the MGLC, the Swiss are presenting two related projects today. At 18:00 they will present the publication The Secret Life of Switzerlandthe third in the series Art in Tivoli Park. A publication they edited and wrote Yasmín Martín Water drinker and Vesna Garlic Roškerand he contributed the photos Jaka Babniktraces the history of the gardens of the Ljubljana City Park and the former entertainment scene to the slope of the forest below Rožnik, where the renovated Švicarija stands.

The building, which today houses the creative and residential center, was once a hotel, which is why many guests stayed in it, including artists who enriched the history of the place with their stories. Among those that remain unsolved is the mystery of Cankar’s room. When preparing the publication, this was the inspiration for the artist Ištvan Išt Huzjan for the artistic intervention Cankarjanska zagozda. The second event taking place today in Switzerland is therefore the opening of an exhibition that represents the background of his artistic intervention.

Cankar was a guest of the then hotel in the winter of 1909 and 1910. Huzjan sought the answer to the question in which room the great man of letters stayed with the help of a medium who can enter the other world. He opened all the doors of the former hotel rooms, now studios, and lined them in the hallway with wedges made of Podpeg marble, which is characterized by dark rock with white shells of fossil shells. With the past trapped between layers of marble, the artist’s reading of excerpts from White chrysanthemums, open doors whose wedges prevent them from closing, and a mystical look into the beyond reveals Cankar’s dichotomy between social life and writerly solitude. His spirit was therefore present in two rooms – one reveals his intimacy and creative enthusiasm, in the other Cankar indulged in socializing.

The marble wedges are like traces of artistic intervention and pieces of time on display to awaken trust in the past, says the accompanying text accompanying the exhibition. In the Days of European Cultural Heritage, which this year bear the label (Vz) sustainable heritageand the marble wedges are also a symbol of persistently revealing the past in order to defy the passage of time.

Ištvan Išt Huzjan (1981) graduated from the Academy of Fine Arts in Venice in 2005. He registered his own publishing house, 21st Century Books, specializing in artist books, in 2006. In 2009, he completed a two-year residency program at the Rijksakademie van beeldende kunsten in Amsterdam. Between 2010 and 2020, he completed several other residency programs, including the National Art Studio and Changdong in Seoul, South Korea, and the residency of the Ministry of Culture of the Republic of Slovenia in New York. In 2010, he co-founded the Goleb art collective in Amsterdam.

In 2014, he received the Fernand Baudin prijs in Belgium for the most beautiful book by an artist of that year, and in 2015 he was the recipient of the grand prize of the 31st Ljubljana Graphic Biennale Nad Tabo/Ti. He wrote a book OHO and The Korean Avant-Garde Association, in which he compared seminal conceptual movements to him. In the same year, he traveled between Seoul and Ljubljana as an artistic performance, using only public passenger transport that touches the ground. Since 2012, he has been running the Coffre-Fort exhibition center in Brussels with Thibaut Espiau and Gregoir Mott. He lives and works in Ljubljana.

The exhibition will be on view in Switzerland until October 23.

NFL Week 13 RecapThe Cincinnati football players defeated Kansas City 27:24 in the derby of the 13th week of the NFL League and consolidated...
Previous article
Russia accuses Russia’s enemy Kara-Murza of ‘high treason’: they accuse him of collaborating with NATO country
Next article
Beyond copper: Cochilco bets on Chilean gold to increase production by 28% in 2024