Laura Donnelly on Werewolf by Night: “It’s Horror and Scary, But I Hope It Inspires You” 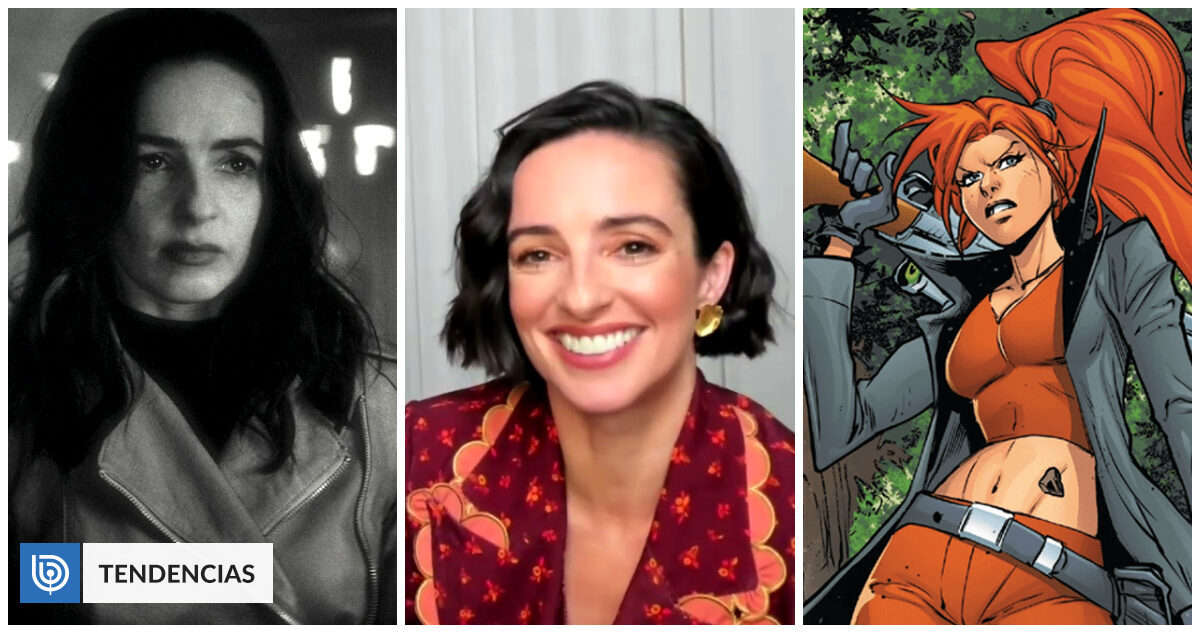 werewolf of the night It’s one of the furthest Marvel projects from the world of superheroes. In fact, he turns them into monsters and hunters.

It’s a TV movie called Halloween Special in which the director appears. Michael Giacchino It mixes the best of old movies horror with a modern touch.

The production debuts at Disney + A Presentation this October 7 and marks Gael García Bernal and Laura Donnelly’s first approach to the MCU.

The story introduces a secret group of monster hunters who emerge from the shadows and gather at the Bloodstone Temple after the death of their leader, Ulysses.

In a bizarre and eerie tribute to his life, participants are plunged into a mysterious and deadly competition for powerful relics and come face to face with dangerous monsters.

Bernal plays Jack, a silent man who turns into a werewolf on nights with a full moon. Donnelly, on the other hand, plays Laura, Bloodstone’s daughter.

While not in the superhero world, Laura Donnelly has had an extensive career in film and television, being recognized for roles in Outlander, Nerves, Britannia, and The Fall.

– Who is Elsa and how are you related to her?

Elsa is a monster hunter. She grew up under the training of her father, Ulysses her Bloodstone, who is her hunter of this revered ancient monster.

Now we find her at a point between two worlds. I don’t know if she wants to be involved in it.

She has been away from her father and family for quite some time and is trying to find herself in that context.

As we grow and mature, we find ourselves in a position where we struggle with who we are and who we want to be, and try to figure out how to get there, so it’s a question that I’m in a relationship. It’s a possible side.

I think it brought a lot of vulnerability and humanity that I wanted to explore.

– This is your first job at Marvel, what drew you to this project?

“What drew me most to this project was the MCU and Halloween.

But the added bonus was that it was a Halloween special and I’m the number one Halloween fan in the world.

There was no way I could say no because I knew it was a combination of two things I truly love.

– What was the most fun part of the process?

“In my first project with the MCU, the thing I enjoyed the most was Felt collaborative and creative In fact, it’s kind of like making a little independent film.

Many times I forgot that I was in this huge universe that I am a fan of.

This was unexpected because I knew the characters and stories were all connected. I expected everything to be rigorous, but it was a very artistic and creative process. For an actor, it’s a dream. ”

– Let’s talk a little bit about Elsa’s looks: What do you like the most?

“His look is very utilitarian. He wears leather, jeans, boots and clothes that allow him to hunt monsters. I was.

Her favorite is the highlights I put on her hair. She wanted to keep her, but she couldn’t. “

– How was working with Gael García Bernal?

“I loved working with Gale, who plays Jack.

– How did you feel about working with Michael Giacchino?

“Michael Giacchino is incredibly special as a director. .

It felt really experimental, creative and free. We were all welcome to collaborate, bring ideas, and personally contribute whatever we wanted to the project.

The fact that he has a history as a great and successful songwriter shows in the rhythm and musicality he gave him to tell the story so beautifully. I think he does it perfectly and that’s because of the skill he has.”

– What can fans expect?

“What you see when you watch the special is this scary, exciting, vintage story, but at the same time, I think there’s a real heart to it. are tied together.

I think especially the connection between Jack and Elsa gives him a beautifully told humanity.

Yes, it’s horror and scary, and I hope people are scared by it, but I also hope they can be moved.

Previous article
They named “31 Minutes” as “the most memorable series” in the 30 years of the CNTV Foundation.
Next article
Heartburn: a warning symptom of a much more complex disease