La Scala firmly behind its decision: the Russian opera Boris Godunov does not mean propaganda for Putin 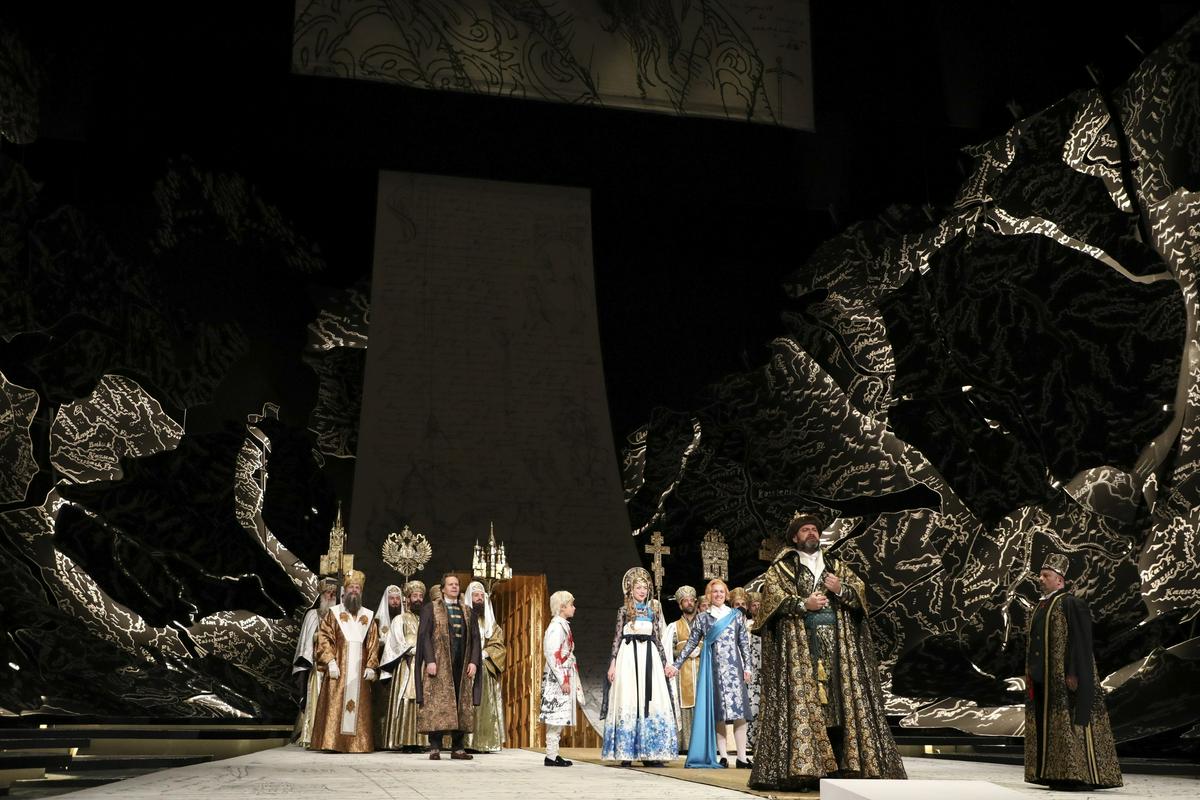 The famous Milanese opera house La Scala has announced that they are not backing down from their decision to stage the Russian opera Boris Godunov, based on AS Pushkin’s play, for the ceremonial opening of the new season on December 7.

With this move, the opera house did not bow to the protest of Ukrainian representatives in Italy, who insist that highlighting Russian culture during the invasion of Ukraine sends the wrong message. General Manager of La Scala Dominique Meyer said that the Ukrainian consul wanted them to cancel the performance of the mentioned opera work.

Nothing that would be against Ukraine“I understand from a certain point of view, because Ukrainians are affected, every family has some dead, destroyed homes. I understand this attitude, but I cannot agree with it, because we need to do concrete things for the Ukrainian people,” is according to the writing Associated Press (AP) Meyer said, adding that “there is nothing in this production that is against Ukraine.“

Opera Boris Godunov composed by a Russian composer Modest Petrovich Mussorgskywho also wrote the libretto based on the play of the same name Alexander Sergeyevich Pushkin. It is the story of a Russian ruler from the 16th century who ascends to the throne by murdering the heir to the throne. This crime is a reason for mental torment, but also a moral justification for the final downfall of Tsar Godunov. The opera had its first performance in 1874 in Petersburg.

The work in no way contains Russian propagandaLa Scala decided to open the 2022/23 season with Boris Godunov three years ago, and the opera in question “does not contain any propaganda for the Russian government,” said Meyer. He emphasized that La Scala was the first to refuse to engage a Russian conductor Valerija Gergievaafter he did not publicly express his desire for a peaceful solution to the conflict between Russia and Ukraine.

This Milanese opera house also collected 400,000 euros with a charity concert for Ukraine, they also welcomed children from the Kyiv dance school and their families. “It’s just a drop in the bucket for struggling people, but that’s what a theater like La Scala can do,” said Meyer. He added that he did not meet with the Ukrainian consul in Milan, who filed the complaint. However, the two institutions exchanged letters, but these were not made public.

Ukrainian side disappointed with “lack of preparation“Representative of the Ukrainian Consul General in Milan Andria Kartysh told AP that the election of Boris Godunov was evaluated negatively in Ukraine. He said that while they understand the difficulties that would arise from changing the program of the opening ceremony of the new season, they are disappointed that “lack of preparation“, to think about it.

Chief Conductor Riccardo Chailly is the one who chose Boris Godunov to start the new season. A Russian bass player will perform in the title role Ildar Abdrazakov, and this will be his sixth role in a premiere production of La Scala’s new season. They previously conducted the work in question at the Milan Opera House Arturo Toscanini and Claudio Abbado.

According to the general director, the mood among the Russian cast at the rehearsals is “excellent“. He added that “they work really hard“, but that they are also burdened by the war.”We know there are Russian victims. There are also Russian victims in Ukraine. It’s a much more complicated thing than it sounds, we all know that. These are great artists and they are happy to know that they are involved in production at the highest level,” said Meyer.

A work that speaks precisely of revealing powerThe opera will be staged by a Danish theater director Casper Holtenwho is also convinced that it would be a mistake to cancel the opera, “which is about revealing power. This is a special opera, and it was so even in its time“.

Abdrazakov expressed his gratitude to both Meyer and Chailly for not canceling the production at a time when the representation of Russian culture became difficult. “For a Russian bass player, it is a pleasure to sing Boris here. Today is a moment that is not so easy. I must thank Maestro Chailly and Dominique Meyer, who chose this opera and did not withdraw it from the repertoire,” said the opera singer born in 1976 in the Russian city of Ufa, according to AP.

No income tax on Christmas bonuses up to $1,500

Pedro Castillo embarked on a coup, deported and arrested in Peru

Who is Prince Heinrich XIII. and what danger does it pose to German democracy?

June report: about 21,000 people are associated with the movementWho are the members of the Citizens of the Reich group, what is this movement...
Previous article
TSE Establishes Contract Regulations for Electronic Voting Rights Exercise
Next article
The cause of 18 salmonella infections was steak tartare, the meat was of Spanish origin