Madrid says goodbye to Pablo Milanes, who will be buried in Spain 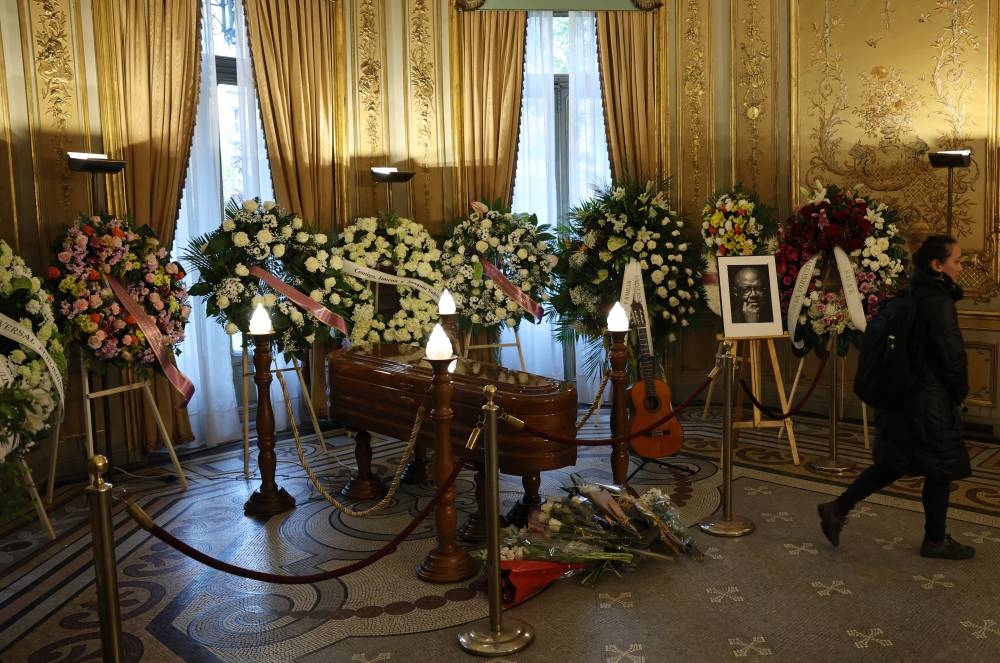 A guest leaves after paying respects to the coffin of late Cuban singer, songwriter and guitarist Pablo Milanes at the Casa de América chapel in Madrid on November 23, 2022. / AFP

Scores of artists and others whose lives were marked by the music of Pablo Milanes said goodbye to the Cuban singer-songwriter this Wednesday at a chapel in Madrid, where his family announced he would be buried in Spain.

The founder of Cuba’s Nueva Trova died on Tuesday at the age of 79 in the Spanish capital, where he had been living since 2017 for treatment of health problems, which caused an avalanche of grief in his native Cuba and in all the countries where several generations sang songs like “Yolanda” or “Yo no te pido “.

The burned chapel was opened to the public Wednesday morning at the Casa de América, a cultural institution in a palace located in central Madrid’s Plaza de Cibeles. On one side of the building, a line of people waited patiently under the persistent autumn rain to say goodbye to the singer.

“He was Silvio (along with Rodriguez), one of the great troubadours of Cuba, it’s really a very sad loss for all Cubans,” Jose Luis Matamoros, a 68-year-old Cuban living in Spain, told AFP. in line

Federico Perez, the brother of the singer’s Spanish wife, Nancy, arrived at the Casa de América, who spoke on behalf of the family and announced that Milanese would be buried in Spain.

“He will be buried here in strict privacy,” Peres said, without specifying where or when, and asked “to respect the process that [están] goes”.

“The family appreciates all the love and respect that the whole community, all sectors and residents have had for Pablo. All the love the family is feeling at this moment is deeply appreciated,” he said.

Regarding the possibility of being honored in Cuba, he said: “These are family and personal decisions and they will be known within days.”

The singer’s coffin rested in the elegant Miguel de Cervantes room at the Casa de América, next to a guitar and a black-and-white portrait of him smiling.

He was surrounded by numerous wreaths sent by singer Joaquín Sabina and his partner, the National Ballet of Cuba, his record label or his family.

People paraded in front of the coffin, in some cases leaving flowers for one of the leading singers of the young Latin American and Spanish left in the 1970s, who later defected to Fidel Castro’s revolution. 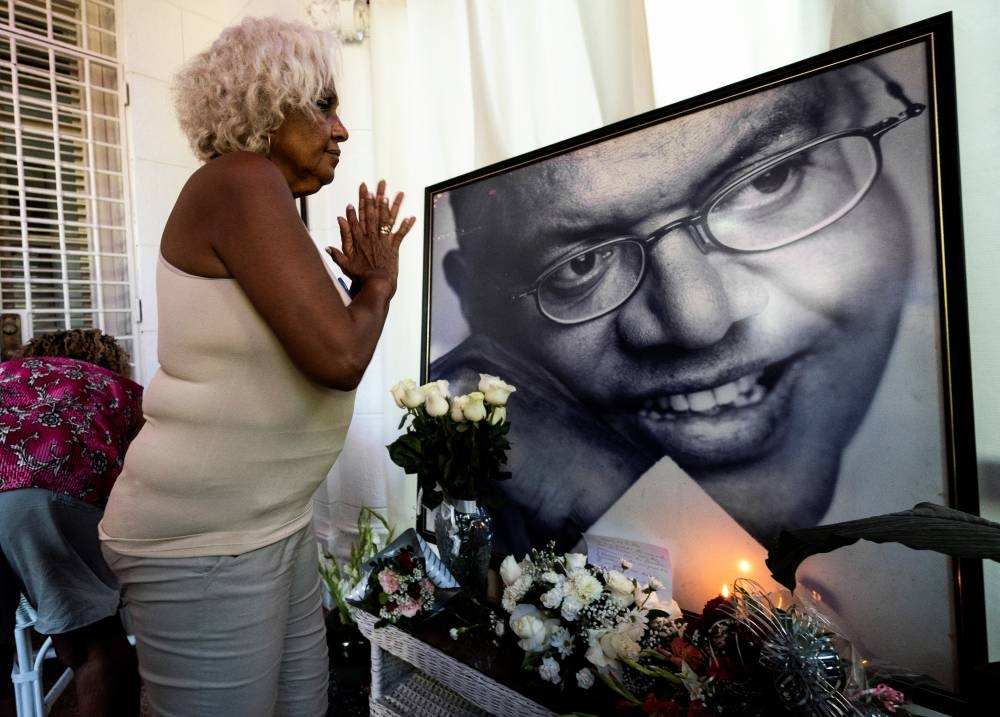 A woman prays in front of a photo of the late Cuban singer and songwriter Pablo Milanes during an event at the PM Records recording studio in Havana on November 22, 2022./AFP

Several musicians attended the rally. “For sure, we have lost one of the greatest artists and composers of the 20th and 21st centuries,” Argentina’s Fito Paes told reporters, describing Milanesi as “his brother.”

“It was a machine to create perfect songs,” confirmed the “Mariposa Tecnicolor” singer, as he revealed that he was working on a tango album with Milanese, which “unfortunately” will no longer be available.

With tears in his eyes, the Spanish singer Maciel, who recorded Milanese’s songs, recalled the concert that “Pablo y Silvio” gave in Madrid on August 1, 1976, the day before the founders of Nueva Trova ate at their house.

“Pablo was so human, a little ball of love and sensitivity,” Maciel said.

“Pablo is Cuban, Pablo is very Cuban (…) and his work has also spread internationally because of the poetic and philosophical works he had,” said Dagoberto Gonzalez Jr., a musician and producer from Milanese for three decades.

He said that the singer has finished the album “Pablo querido 2”, which will be released “soon”.

After his death became known, artists such as Omara Portuondo, Eliades Ochoa, Rafael, Alejandro Sanz or Silvio Rodríguez, who left Milan in the eighties, praised his contribution to Latin American music.

Hundreds of people in Havana sang songs of “Pablito,” as he is known, in the streets on Tuesday, while some singer-songwriters marched through the Cuban pavilion to take part in a “Trovada” in tribute to Milan, whose absence sparked a major attack. Part of the island’s population is in deep sorrow.