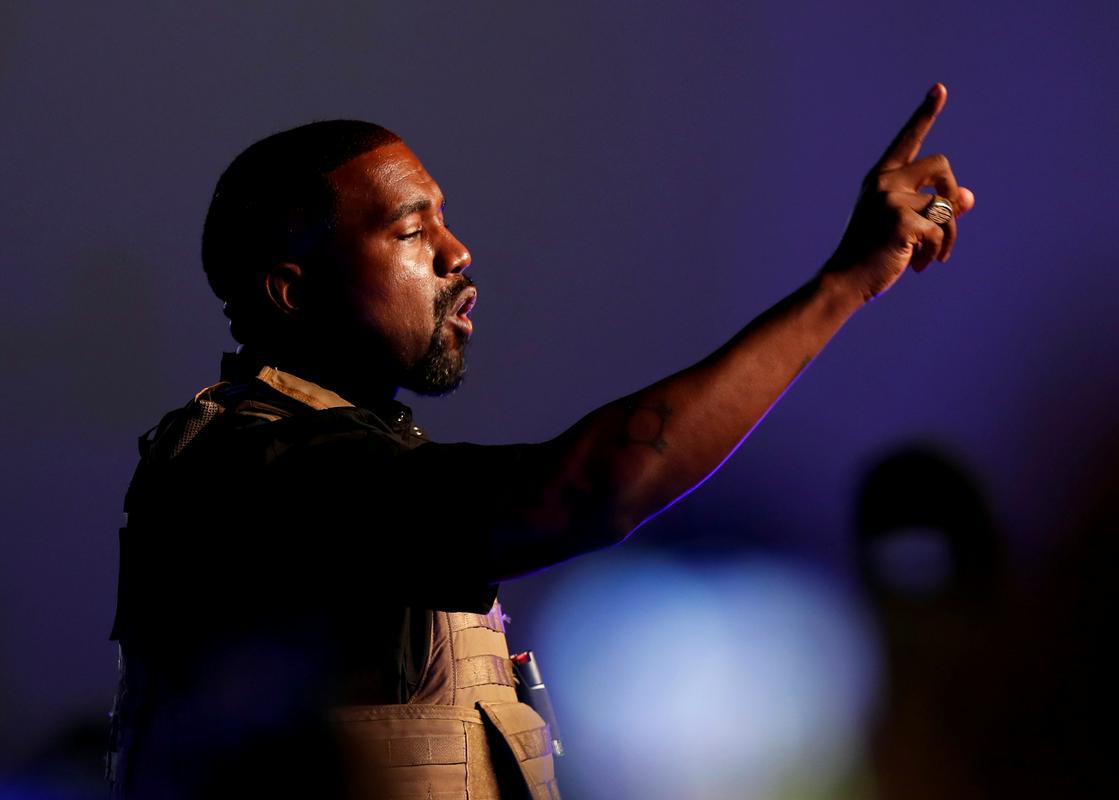 The company, which has already terminated cooperation with the rapper, should not provide protection to employees after years of verbal abuse, vulgar outbursts and intimidation

Adidas employees have sent an open letter to the world, in which they claim that rapper Ye repeatedly showed nude photos of Kim Kardashian and sex tapes of himself during meetings, insulted women and used sexually disturbing innuendos when responding to designs.

Rapper Ye, also known as Kanye Westthey charged, while working with Adidas, created “toxic environment“. One of the employees said that the 43-year-old, who lost his contract with this sports brand last month due to anti-Semitic statements, among other things, already showed an explicit photo of Kim Kardashian during an interview in 2018.”My wife just sent me this,” the musician is said to have said, showing on his mobile phone “very exposed and personal” photo.

In an open letter titled The Truth About Yeezy: A Call to Action for Adidas Leadership (The Truth About Yeezy: Adidas Management’s Call to Action), obtained by Rolling Stone, the unnamed employee added that the creative team at the star’s Yeezy brand had the same experience the same year. The musician should “wouldn’t be afraid to reveal revealing photos or talk about situations that should remain private“, in addition to photographic material, he is said to often show his own sex tapes.

“It seemed to be a tactic he used to break a person, establish unwavering loyalty, and test and destroy people’s limits,” said one of the employees, while another added that Ye focused primarily on the women who worked at the company.

“Over the years, he has repeatedly lashed out and directed insulting remarks at the women in the room, but has resorted to sexually suggestive innuendos when giving design feedback,” the letter said, which is said to speak on behalf of those who may be afraid to speak up. The authors stressed that Adidas employees should never be subjected to such a response from a brand partner, and management should not tolerate it. The company not to provide protection and take responsibility for employees through years of verbal abuse, vulgar outbursts and bullying, thus enabling this kind of behavior.

The people at the helm of the brand, they say, have turned off their moral compass, urging board members and managers to address “the toxic and chaotic environment created by Kanye West” and “a very sick pattern of predatory behavior towards women“. The employees of the Yeezy and Adidas brands also admitted that they regret having adopted a kind of unwritten rule that “Kanye just Kanye” and thus lessened the effect of the way in which he behaved.

Ye’s “established problematic“behaviour, which allegedly started already in the first year of cooperation with Adidas, was said to be publicly visible already during the 30-minute documentary, which was released on YouTube. In it, he showed pornography to managers during a meeting.

Adidas: “They have our full support”

A spokesperson for Adidas told the Guardian that yes “Adidas does not tolerate hate speech and abusive behavior and has therefore terminated its partnership with the Yeezy brand.“We should continue to actively discuss the events that led to this decision with the employees.”They have our full support,” he emphasized and added that they will not talk about the private conversations and details that led to the termination of the partnership.

Ye has said in the past that pornography “destroyed” his family. At the beginning of November, he announced on the social network Twitter that he decided to go on a 30-day cleanse, which includes a verbal fast, no alcohol, no pornography and no sex. Silence on social networks was otherwise not included.