Tadej Golob: “It means much more to me that I have readers than awards” 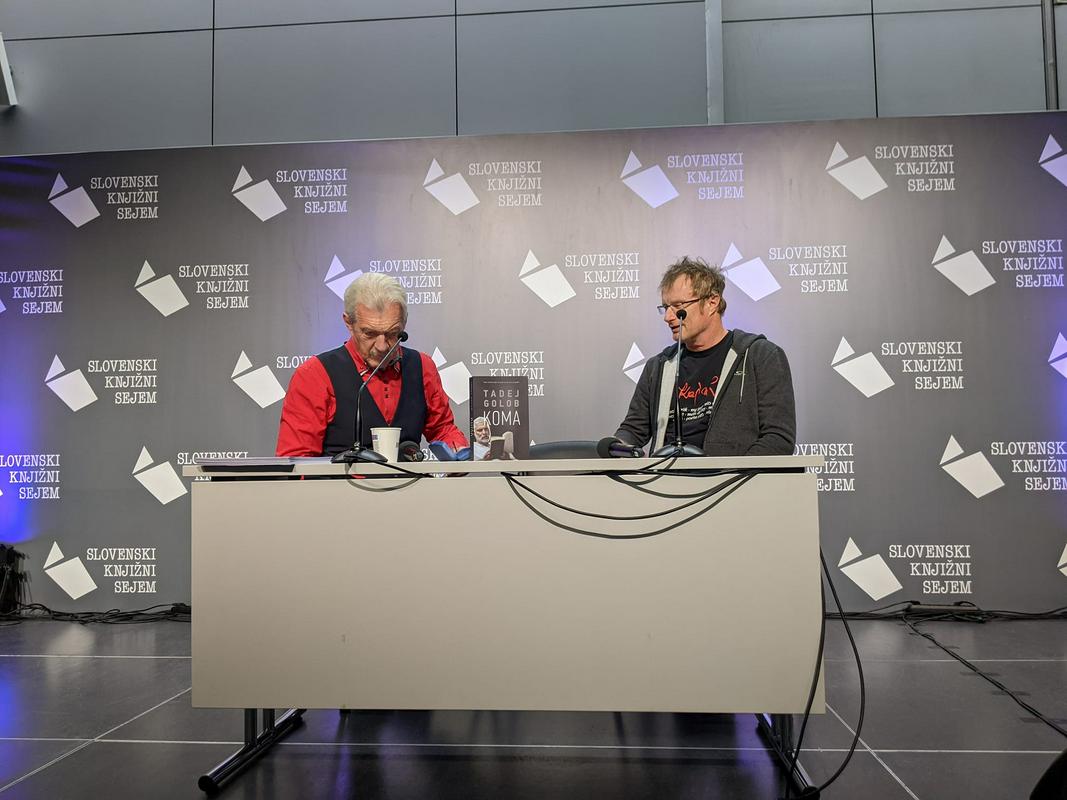 Every author writes about himself to a certain extent, and the protagonist is ultimately what the writer thinks he should be, admits Tadej Golob when asked to what extent the protagonist of his crime novels, Taras Birsa, is modeled after him.

At the 38th Slovenian Book Fair, he presented the fifth book in the series – Coma. If in every previous book of stories about criminal Taras Birsa the number of murders escalated, but in the last one the protagonist wonders how to investigate a crime if you don’t even know it happened.

As if already hinting at the title, Koma tells the story of Taras waking up from a coma after a serious accident on Polhograjska Grmada. He has demanding physical rehabilitation ahead of him, but at the same time he has a big hole in his memory.

As Golob said at the interview, he is moved and happy, but not overwhelmed, that more than 56,000 readers borrowed his books last year and this year. “It means a lot more to me that I have readers than awards,” he said. After winning the Firefly Award for Pig’s Feet, he expected each subsequent book to win the award. “Because she wasn’t there, I wondered how people couldn’t see that these were great things,” he says.

In the book series about Taras Birsa, which he started with the popular novel Jezero, the writer relies on the Scandinavian genre of crime fiction, and follows the cases of a senior inspector who, in the third part, embarks on an independent criminal journey.

After the first book, Jezero, more were published by the Goga publishing house Lenin Park, Valley of flowers, A virus and the latest book Coma. In Jezera, he investigates the death of an unidentified girl who was washed away by the river. The next one, Lenin’s Park, presents the reader with a riddle about the possible connection between the murders of the homeless woman found in the park and the young man murdered on Metelkova. In the third book, The Valley of Flowers, Birsa investigates the circumstances in which five people were murdered – in addition to the two bodies found in the bedroom, three more were found in the living room. In the next, with the title A virusDove brings the reader face to face with a serial killer.

Comaas written in the publishing house, “sovereignly transcends the boundaries of the criminal genre and measures the socio-political pulse of the corona time”. The writer expected it to be published in the summer, but the writing was delayed for a year and a half. “On average, I write one crime story a year. If the weather is mostly bad that year, I write faster,” he says.

After To the lake Television Slovenia recorded the popular series of the same name with Sebastjan Cavazzo in the main role. The writer said in the conversation that before Cavazza portrayed Taras, he could not visually imagine it, and therefore he was very happy when he finally saw him in the series.

In terms of production, this sequel set a new standard in the field of Slovenian crime drama. Two mini-series were created after it Lenin Park and Valley of flowers, with three episodes of fifty minutes each. The lake and both miniseries directed Matevž Luzar and Klemen Dvornikexcept that in the case of mini-series, both of them did not sign each episode.