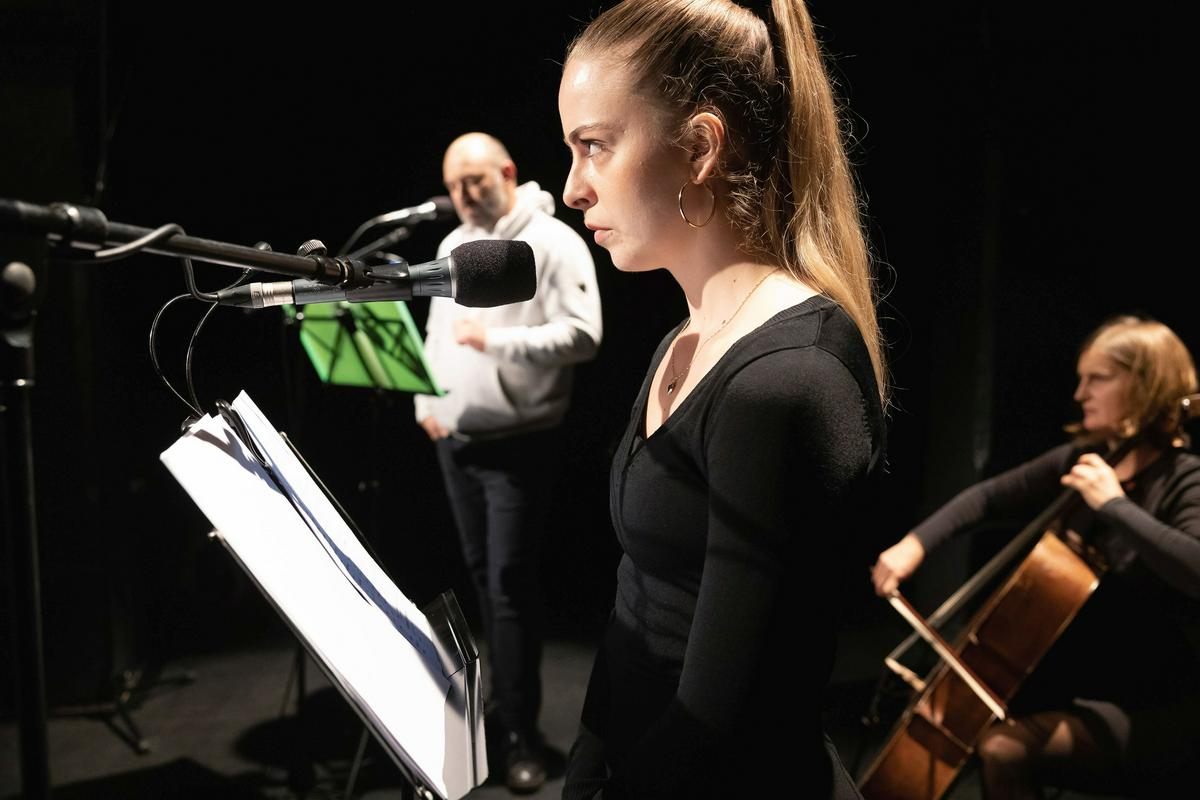 The premiere of the radio play will take place tonight at 10:05 PM on the Third Program of Radio Slovenia – Program Ars

How to describe verbal, sexual, physical violence? How to recognize and condemn him, if an older professor in the shelter of a small music room while teaching a 17-year-old student gradually pushes the limits of what is permissible all the time?

These are the questions with which the new Slovenian radio play Steklena struna by Sandije Jesenik, directed by Alen Jelena, is premiering tonight at 10:05 pm on the airwaves of Program Ars.

Glass string, which was first staged in the production of the ŠKUC Theater and the Ars Program, tells the story of the protagonist Nina, who is preparing for the final performance and final assessment on the cello. Due to the professor’s systematic usurpation of her personal space, she finds herself in the center of a dilemma: should she report the professor and risk a successful graduation, or endure and suppress the ever-deepening distress until the final grade?

The participatory radio game encourages its audience to think and make a final decision, while questioning the psychological and social dimensions of sexual violence, whose victims are in the grip of traumatic shame and fear in front of family, friends and the wider environment.

Playwright and playwright Sandi Jesenik he received his master’s degree at AGRFT with the dramatic text Interpretation of Dreams by Alexander McQueer (christened in 2016 at Stara Elektrarna as part of the Pride Parade festival). He was educated at the ADU in Zagreb and at various drama writing workshops, and participated in Slovenian festivals by reading his own texts. He has been active on the independent scene since his studies at AGRFT. As a dramatist, he also participated in Trieste SSG, ZKM in Zagreb, SNG Drama Ljubljana, SNG Maribor, ŠKUC theater, SNG Opera and Ballet Ljubljana, MGL, SMG, Glej Theater, Maladype Színház in Budapest and APT Novo mesto. He signed the libretto for Padli and directed a chamber opera based on it, which was also performed at the Franz Liszt Academy Festival in Budapest. In theater and drama, he is interested in the intimate stories of the little man, which are kept silent due to taboos. He is the recipient of a scholarship from the Jerne Šugman Fund, awarded by the Association of Dramatic Artists of Slovenia.

Director, playwright and editor Alen Jelen after finishing high school in 1991, he enrolled at AGRFT and graduated in dramaturgy. In 2008, he also graduated in theater and radio directing with prof. Dušan Mlakar. Since 2000, he has been the artistic director of the ŠKUC theater. He is employed at RTV Slovenija as an editor in the Editorial Board of the drama program of Radio Slovenija. He is also the secretary of the Association of Dramatic Artists of Slovenia and the artistic director of ŠKUC Theatre. In 2013, he published the book Nocni povokari, Igralci v etru (MGL Library).

In 2011, for his work, he received the ivy wreath of the ZDUS Society and a special award at the media festival in Isfahan, Iran, for Saša Pavček’s play Arija. The radio games Women’s Bomb and Things to Do Before You Die were in the final selection at the Prix Italia international festival and ranked among the three best at the time. The radio play Hilda, directed by Jelena, won the first prize at the festival in Herne Bay, England. He received the Golden Lion award for direction at the 17th international festival in Umag for directing the play No Tears for Peders, produced by ŠKUC Theater, and a year later, the theater play Helver’s Night received the audience award.

Previous article
Russia launches major offensive against Ukraine after being declared state sponsor of terrorism
Next article
Belen Soto married Branko Bakovich in an intimate ceremony: they released images of the link