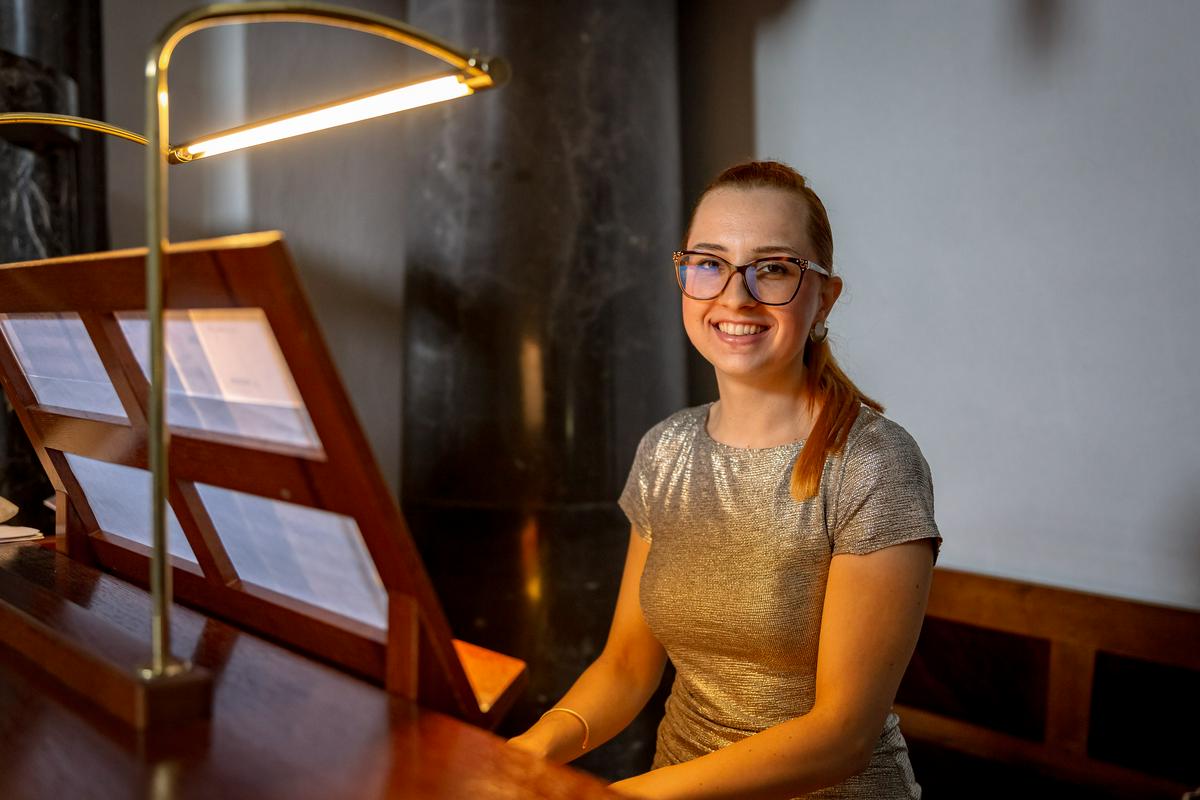 Concert in the Ursuline Church of St. Trinity in Ljubljana

The music editorial staff of the Ars Radio Slovenija Program is preparing for the second time this fall a series of live organ concerts called The Queen’s Visit, named after the show The Queen’s Visit, which is broadcast on Sunday evenings.

At this year’s second concert, which will be held in Friday, November 25, at 7:30 p.m in to the Ursuline Church of St. Trinity in Ljubljanathe organist of the Maribor Cathedral and a graduate of the University of Music and Performing Arts in Graz will present herself Tjaša Drovenik Adamec.

She chose the works of an almost forgotten Slovenian composer Ignatius Hladnikwhose death marks 90 years this year, and Max Reger, a German romantic and one of the main pillars of organ music. The two composers were contemporaries, and they are also united by the elements of their compositional styles.

As a composer of romantic music, Ignacij Hladnik adopted the contemporary compositional techniques of the time, and he greatly expanded the boundaries of tonality – this is at the same time characteristic of the compositional style of Max Reger, whose works often include classical elements following the example of Beethoven and Brahms, extended harmonic structures of Liszt and Wagner. Like Reger in Germany, Hladnik in Slovenia was also famous as an organ virtuoso during his lifetime – he especially devoted himself to pedal technique; his Five Ceremonies for Organ, Op. 61 were even accepted into the catalog of the Society of Cecilia in Regensburg.

Hladnik’s organ compositions are rarely heard today, especially not in the illustrious company of such cosmopolitan music creators as Max Reger. The concert has a special artistic value, as some of the compositions will be by Ignacija Hladnik sounded for the first timeconcert performer Tjaša Drovenik Adamec will perform them at historic organ Ursuline Church of St. trios, which are the work of a Slovenian master organist Franca Goršič and are famous for their soft and full, typically Slovenian organ sound.

Demonstrations recorded in more than a dozen Chinese cities over the weekend presented an unprecedented challenge...
Previous article
At a meeting with mothers of Russian soldiers, Putin criticized “fake news” about the war
Next article
How did this happen? – world newspapers