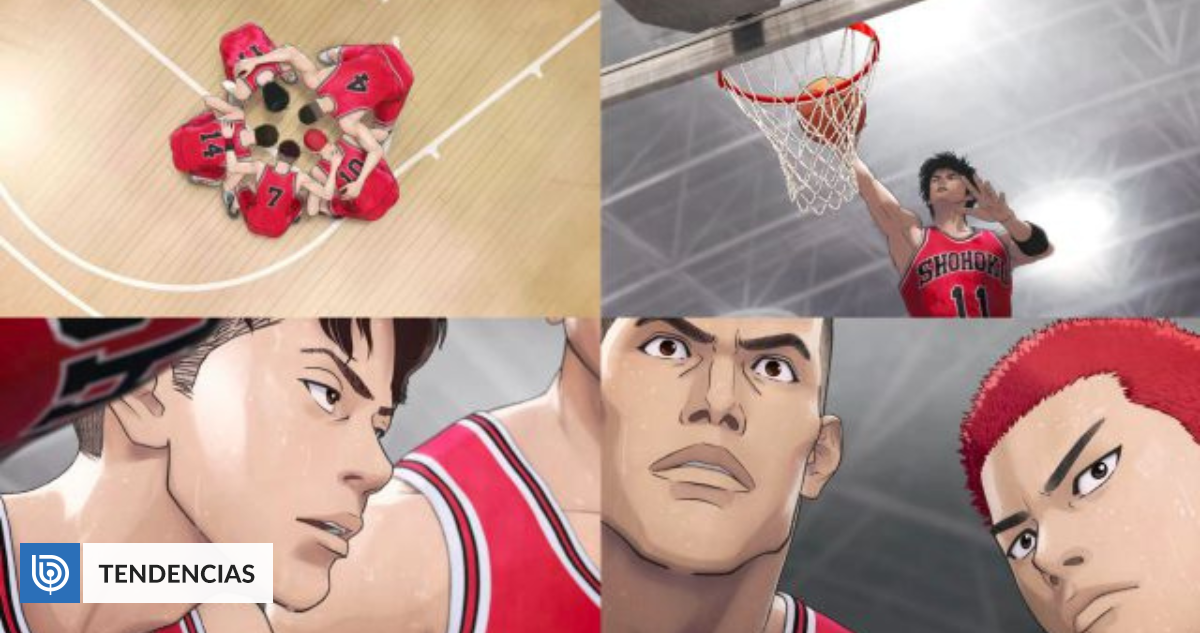 This will be the last advance before the Japanese premiere on December 3rd.

Toei Animation will release the latest work this Thursday teaser trailer from the movie slam dunk, The Shohoku High School team and main character Hanamichi Sakurai are back on screen.

This piece lasts only 15 seconds. Akagi, Rukawa, Mitsui, Ryota, Hanamichi Already fully on the field, the situation suggests that Sintra is associated with the national championship.

Earlier in November, the hint was delivered in a movie trailer. The trailer showed the team in full competition, as well as some childhood memories.

The tape will be called The First and will be animated in 3D in a very different format to that seen in the 101-episode series. However, the character’s physical characteristics are preserved.

It’s worth saying that the 90’s anime was incomplete when it came to manga, as it left out tournaments that would bring together the best teams and players in Japan.

For this reason, a survey was released in Japan in 2019, asking thousands of people what works they would like to see on screen again.

Brazil's president promises an end to loggingMore than a third of the Amazon rainforest, the world's largest, has been degraded by drought and human...
Previous article
Netflix presents: Meghan and Harry as you’ve never seen them before
Next article
Serbian teachers protested and demanded an end to violence in schools