Antoine Fuqua already had a big challenge to make “To Freedom”, a film about the brutality of slavery in the Louisiana swamp. And as if that wasn’t enough, her character Will Smith slapped Chris Rock at the Oscars.

Despite speculation that Apple is delaying its release until the dust settles, the film will hit theaters this weekend and streaming platforms next Friday. However, the fear of boycott prevails.

“Of course it worries me,” Fuqua told AFP.

“Will Smith has been a good guy for all of us for 37 years,” the “Training Day” director said, reflecting on the trajectory of “The New Prince of Rap.”

“I hope we have more compassion in our hearts to see their work at least, because their performances in the film were amazing. They all did a good job.”

“Toward Freedom” is inspired by the story of a black man who defies overwhelming odds to escape slavery during the 19th century American Civil War.

“Peter Uncovered” became a symbol of the horrors of slavery after a photo of his bare back, bearing the agonizing scars from being whipped on cotton plantations, went viral around the world.

Little is known about the man Smith portrays as a struggling escapee from sadistic slavers who traverses the alligator- and snake-infested swamps of Louisiana to gain freedom for himself and his family.

The production was filmed in the swamps of Louisiana. “It’s a very difficult movie to make,” Smith said at the world premiere in Los Angeles on Wednesday.

Her performance has garnered rave reviews, but critics are debating whether it’s a premature comeback just eight months after her Oscar bash.

Smith, 54, left the Academy after punching Chris Rock on stage after the comedian made a comment about Jada Pinkett Smith’s hair loss.

After the attack, the Academy banned Smith from attending the Oscars for a decade, but that didn’t stop him from getting a nomination and a statuette.

In an attempt to rehabilitate his image, the actor apologized on social media and during a recent appearance on Trevor Noah’s talk show, Smith said he was “going through some things that night” and “lost control”.

Fuqua is not half-measured on offense: “It was wrong.”

But the director added: “Willie is a good guy. I support him.”

“I was with him for several years, I was in the swamp, and he never once complained.” 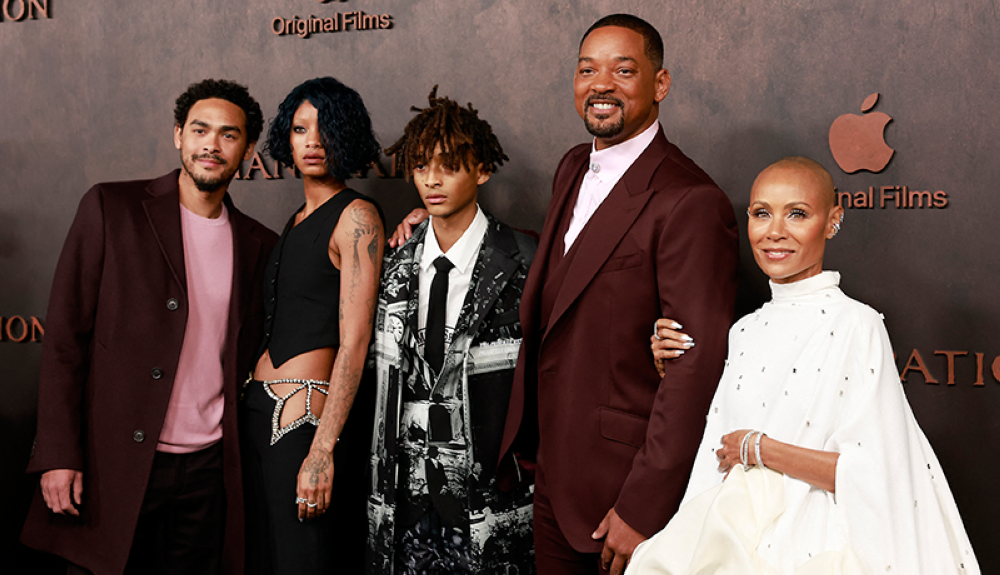 Will Smith with his wife and children.AFP

Part of the reason for Fuqua to release the film is the current context of the United States, where the legacy of slavery is polarizing society.

“You hear things in the United States, especially discussions about not teaching slavery in some schools … as if they want to erase the past,” he said.

Republicans have ruled out education reforms that would allow schools to deal with systemic racism and the legacy of slavery in the United States.

Conservative senators wrote last year that children should be taught that the country is “inherently bad”.

For Fuqua, there are “frightening” parallels with the photographs of “Peter the Whip” that needed to finally confront many who sought to downplay the brutality of slavery in 1863.

“That’s why it’s important to operate museums to preserve all this,” he added. “Many children don’t know about slavery.”

Whether the film’s message will be lost amid the controversy surrounding Smith’s attack on The Rock remains to be seen.

But Fuqua hopes the two artists will respectfully reconcile.

“I hope they can be together, not in front of the cameras, hold hands, forgive and move on with their lives,” he said. “I will continue to focus on the film.”

Previous article
US releases first images of its giant new stealth bomber, the B-21 Raider
Next article
Charatenango: “They lent us the stadium (Gregorio Martinez) to train only once a week”