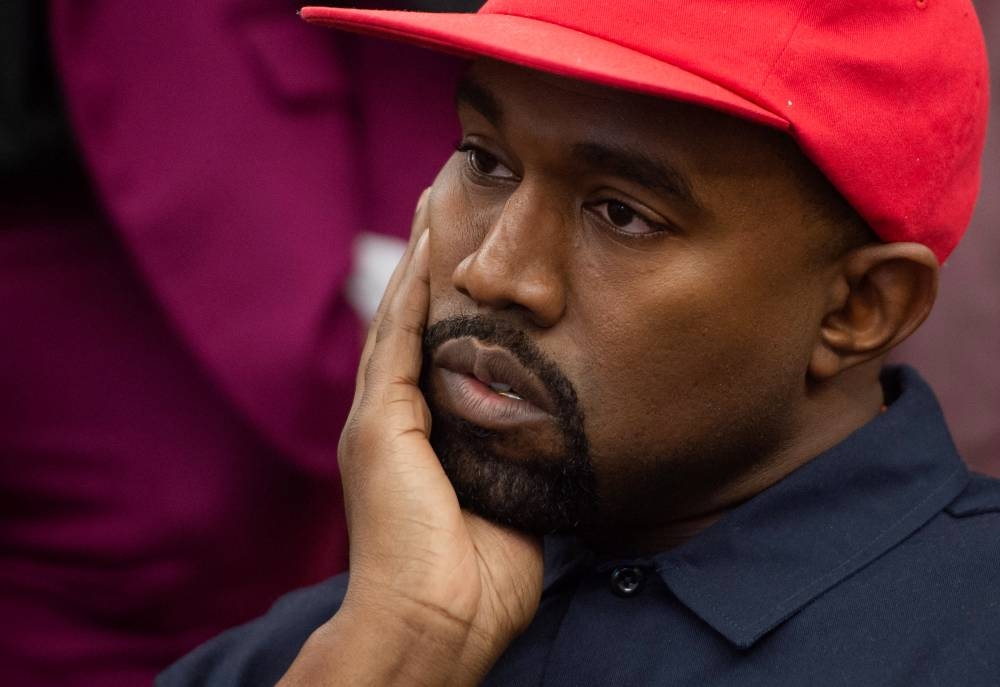 In this Oct. 11, 2018, file photo, U.S. rapper Kanye West attends a meeting with then-President of the United States in the Oval Office of the White House in Washington. / AFP

Again, rapper Kanye West is causing controversy due to his anti-Semitic comments.

In an interview with Proud Boys founder Gavin McInnes, the rapper known as “Ye” argued that Jews should forgive genocidal dictator Adolf Hitler.

In a video titled “Saving Ye” aired on far-right website Censored TV, the singer was questioned about anti-Semitic comments on social media. Instead of apologizing, West stoked the fire even more.

It should be noted that the conversation was moderated by a far-right political commentator classified by the Anti-Defamation League as a white supremacist, Nick Fuentes, who, among other things, denies the Holocaust.

“Jews cannot tell me who I love and who I don’t. You cannot impose your pain on others,” Ye said in an interview, referring to her comments on Twitter.

According to Billboard, Fuentes did this interview so that Kanye West wouldn’t come across as anti-Semitic or a Nazi, but apparently he failed.

The history of controversies in which “Ye” was involved this year is already very long.

A few months ago, he was banned from Instagram for his anti-Semitic comments. Recently, he was accused by some former employees of the Adidas Yeezy brand for sharing pornographic material in which his former partner Kim Kardashian appeared during work meetings.

This comes on top of his suspension on Twitter a few days ago for anti-Semitic comments where he expressed his love for the figure of Hitler.

“I love Hitler,” Ye said several times, sparking outrage from netizens on social media. The same Elon Musk, who is in controversy for his overly permissive policy on social networks, said that the rapper has already exceeded the limit.

“I’m sorry, but you’ve gone too far, this is not love,” the Tesla magnate wrote in a private message to the artist, according to AFP.

For his part, the President of the United States, Joe Biden, came out against the anti-Semitic comments of the West on Twitter, saying that Hitler was a demonic figure.

After the uncertainty that striker Omar Rosas has instilled in the Roosters after playing for three...
Previous article
The 3rd edition of the Stand Up Paddle Championship “Feel & Ride San Pedro” arrives at Bío Bío
Next article
Non-fossil aviation fuel production to triple by 2022